DAY IN THE LIFE OF THE DEAD

DEAD OR ALIVE--Colorful altars and other traditional celebrations of Day of the Dead, one of Mexico's most revered and festive holidays, return to Old Town San Diego November 1-2. This community-wide commemoration, which honors ancestors and other deceased loved ones with special menus, music, dancing and crafts, is free and designed for all ages.

Family activities will include Day of the Dead sugar skull decorating, mask and paper flower making; and face painting. Workshops will be free or cost a small fee to cover materials.

Free live music and folkloric dancing will be presented on Old Town's plazas and courtyards. Artists will exhibit works that speak to this legendary holiday and the power of love and ritual that connect us through time.

DAY OF THE DEAD AS DESIGN 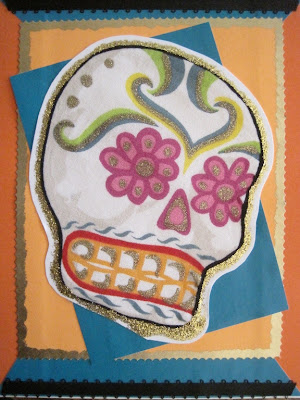 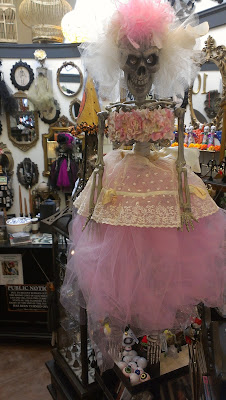 DEARLY DEPARTED—Embracing themes of ancient rituals that celebrate the memories of deceased loved ones, artists have long created Dias de los Muertos (Day of the Dead) art for appreciative aficionados. From beautifully decorated skulls to fashionable and dramatic skeleton figures, these gothic yet gorgeous works have become more mainstream with shop keepers everywhere carrying Day of the Dead decorations. 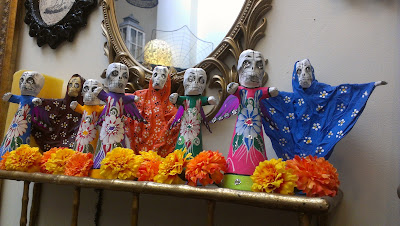 In San Diego’s Mission Hills neighborhood, Jimmy and Valerie Ferrari have turned their jointly owned “Le Bel Age Boutique” (1607 West Lewis St.) and “With Love” gift and paperie shop (1620 West Lewis) into showcases of original art celebrating the pre-Hispanic tradition.    For now, West Lewis Street is Day of the Dead central thru November 3.  The Ferrari’s shop are especially delightful with their theatrical collection of Dia de los Muertos skeleton brides, all of which are hand-crafted by Valerie Ferrari’s mother.  Ranging from classic black bridal themes to silvery princess brides with pearls, no two are alike.  This uniqueness and attention to detail is reflected in the pricing of the large figurines, which begin at $200. 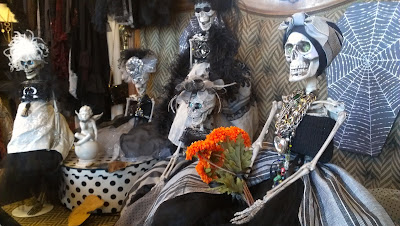 ONE PICTURE WORTH 1000 WORDS / Hurricane Sandy

CANDLES IN THE DARK--Saturn's rings cut across an eerie scene that is ruled by Titan's luminous crescent and globe-encircling haze, broken by the small moon Enceladus, whose icy jets are dimly visible at its south pole. North is up.

This view shows the unlit side of Saturn's rings.

The Cassini-Huygens mission is a cooperative project of NASA, the European Space Agency and the Italian Space Agency. The Jet Propulsion Laboratory, a division of the California Institute of Technology in Pasadena, manages the mission for NASA's Science Mission Directorate, Washington, D.C. The Cassini orbiter and its two onboard cameras were designed, developed and assembled at JPL. The imaging operations center is based at the Space Science Institute in Boulder, Colo.

For more information about the Cassini-Huygens mission visit http://saturn.jpl.nasa.gov/home/index.cfm. The Cassini imaging team homepage is at http://ciclops.org.

While London boasts the world's oldest underground train network (opened in 1863) and Boston built the first subway in the United States in 1897, the New York City subway soon became the largest American system. The first line, operated by the Interborough Rapid Transit Company (IRT), traveled 9.1 miles through 28 stations. Running from City Hall in lower Manhattan to Grand Central Terminal in midtown, and then heading west along 42nd Street to Times Square, the line finished by zipping north, all the way to 145th Street and Broadway in Harlem. On opening day, Mayor McClellan so enjoyed his stint as engineer that he stayed at the controls all the way from City Hall to 103rd Street.

At 7 p.m. that evening, the subway opened to the general public, and more than 100,000 people paid a nickel each to take their first ride under Manhattan. IRT service expanded to the Bronx in 1905, to Brooklyn in 1908 and to Queens in 1915. Since 1968, the subway has been controlled by the Metropolitan Transport Authority (MTA). The system now has 26 lines and 468 stations in operation; the longest line, the 8th Avenue "A" Express train, stretches more than 32 miles, from the northern tip of Manhattan to the far southeast corner of Queens.

Every day, some 4.5 million passengers take the subway in New York. With the exception of the PATH train connecting New York with New Jersey and some parts of Chicago's elevated train system, New York's subway is the only rapid transit system in the world that runs 24 hours a day, seven days a week. No matter how crowded or dirty, the subway is one New York City institution few New Yorkers—or tourists—could do without.

Note: George Brinton McClellan, Jr., (November 23, 1865 – November 30, 1940) was an American politician, statesman, and educator. The son of American Civil War general and presidential candidate George B. McClellan, he served as Mayor of New York City from 1904 to 1909.

TRAVEL / WHAT THE HECK IS A REPOSITION CRUISE? 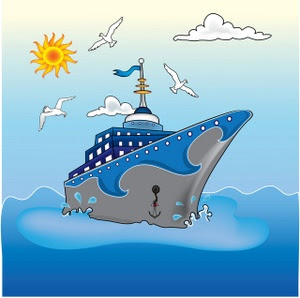 Why to take a relocation cruise?

Passenger cruise ships that sail during the hot summer in Alaska relocate in Fall to Caribbean Sea through the Panama Canal, or to Hawaii and then to Australia or Asia for the winter season.

Cruise ships from Northern Europe sail to the Mediterranean Sea or cross the Atlantic Ocean to operate round-trip cruise itineraries from USA (Florida or New York mostly) or to Caribbean for round-trips from Barbados or Puerto Rico.
Cruise ships relocate from South America to Florida (for Caribbean) or Transatlantic to Europe (Baltic or/and Mediterranean) in early Spring.
The Benefits

The lower price is the most important factor for the popularity of all relocation cruises. The average cost of a repositioning cruise is up to 50 percent less compared to a typical round-trip sailing from the same port. And the best index is the price Per Person Per Day – it could be as low as US $40!
All relocation cruises offer entertainment and dining options on board your ship – the perfect chance to sample the life on board since you are going to spend so much time at sea. There are even more on board activities while ships relocate, featuring guest lecturers and top comedians and numerous specially themed activities and games to entertain guests.
And the repositioning cruise ships are almost always not crowded.
The Disadvantages

Too much time aboard the ship instead of visiting different ports of call.
Embarking/Disembarking are not in the same port. It increases the expenses as to additional flight fares added to your price.

Spending a lot of time aboard the ship might tempt you to have “more money”, leading to increased expenses for bar drinks and gambling.

The duration of relocation cruises sometime is up to 18 days and many people can not afford so much time off from their job.

Still, whoever is blessed with enough free time and an adventurous spirit may enjoy each year at least one repositioning cruise. Always the most exciting itineraries to and from the world’s top vacation destinations on board the world’s most fun floating resorts enjoying all their amenities and activities – longer, cheaper, always fun! So go get it! Always safe and happy sailings, and best of luck with the prices! 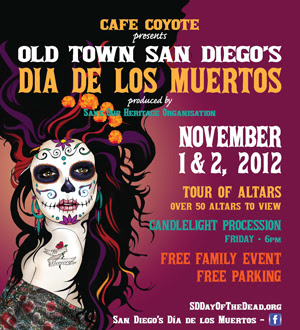 Please check your calendar now to see if you have the time to help us make this event a reality!

Without the help of volunteers, this event could not happen. There are a variety of activities happening over the two-day period, so there is sure to be a job to suit everyone!

SOHO is seeking volunteers to help with many activities:
--Building and creating items for the public altar
--Distributing maps, programs
--Manning the table for candle distribution for the procession
--Assist at the many fun workshops
--Performing classic Spanish and Mexican acoustic music

Shifts are only 4 hours long, and there are several to choose from, so you will have plenty of time to enjoy the event before and after your shift.

As you can see there is a lot to do and we need more help than ever before as the celebration has grown so much and so quickly! If you would like to volunteer for this event, please fill in the Application form and email Ashley, the Events Volunteer Coordinator, at ashley.christensen@sohosandiego.org or call (619) 297-9327.
0 comments

GREAT TIME TO GET OUTTA TOWN

CHEAPER THRILLS--For those of us who like to sift through the Internet for travel bargains, you’ll appreciate the hard work of travel columnist [The Practical Traveler] Michelle Higgins of The New York Times Service.  Here’s her list of travel web sites she insists will perk your interest and maybe even save you money.

ABOUT THE AUTHOR—Michelle Higgins has been a reporter for the New York Times since May 2005.  Her weekly Practical Traveler column, which appears
Sundays in the Travel section and on the web, offers insider information on how to navigate the travel experience—from how to get a good seat on a plane to how to find a better hotel deal.  She also routinely writes features and consumer news for the Travel and Business sections.

Prior to joining the Times, Michelle worked at the Wall Street Journal covering travel, personal finance and automobiles, often contributing to the Cranky Consumer column.

Michelle has been featured on NBC’s Today show, CNN, CNBC’s Squawk Box and Power Lunch, the Travel Channel and NPR.  She also contributed regularly to CNBC’s On the Money.  She graduated from the George Washington University with a degree in English and Dance.  She has performed at the Kennedy Center in Washington, DC and Lincoln Center Out of Doors in New York City.