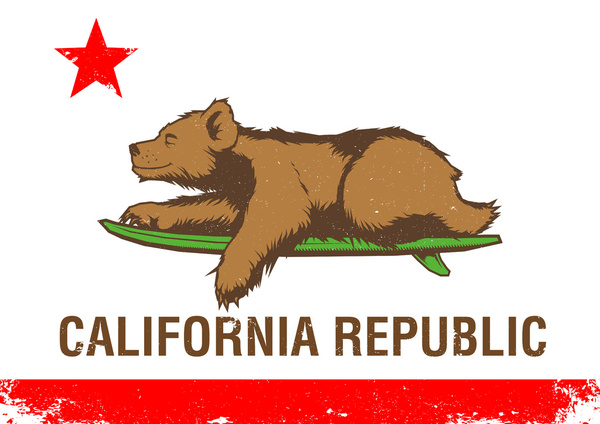 GUEST BLOG / By Sharon Bernstein-- The election of Republican businessman Donald Trump as president of the United States has some Californians dreaming - of their own country.

One in every three California residents supports the most populous U.S. state's peaceful withdrawal from the union, according to a new Reuters/Ipsos opinion poll, many of them Democrats strongly opposed to Trump's ascension to the country's highest office.

The 32 percent support rate is sharply higher than the last time the poll asked Californians about secession, in 2014, when one-in-five or 20 percent favored it around the time Scotland held its independence referendum and voted to remain in the United Kingdom.

California also far surpasses the national average favoring secession, which stood at 22 percent, down from 24 percent in 2014.

The poll surveyed 500 Californians among more than 14,000 adults nationwide from Dec. 6 to Jan. 19 and has a credibility interval, a measure of accuracy, of one percentage point nationally and five percentage points in California.

The idea of secession is largely a settled matter in the United States, though the impulse to break away carries on in some corners of the country, most notably in Texas.

While interest has remained about the same nationwide, it has found more favor in California and the concept has even earned a catchy name - "Calexit."

"I don't think it's likely to happen, but if things get really bad it could be an option," said Stephen Miller, 70, a retired transportation planner who lives in Sacramento and told pollsters he "tended to support" secession.

During the campaign, Trump alienated many in the Democratic-leaning state with his promises to crack down on illegal immigration, threats of creating a Muslim registry, remarks women found offensive and vows to repeal the Affordable Care Act, also known as Obamacare.

"There's such hostility towards Trump that many citizens believe it would be smarter to leave than fight," said Democratic political consultant Steve Maviglio, who last year ran the campaign against a proposed ballot initiative to break California into six states.

With 39 million residents and the sixth-largest economy in the world, California is already a nation-state, Maviglio said. In November's election, the state broke nearly two-to-one in favor of Trump's Democratic opponent, Hillary Clinton.

In practice, secession is highly unlikely, facing political, legal and possibly even military obstacles, considering that the United States fought the Civil War over the secession of the South, Maviglio and others said.

Trump's election gave a huge boost to the quixotic campaign to remove California from the United States called Yes California, run by a former conservative turned progressive who now lives in Russia.

Dubbed "Calexit" by pundits comparing the effort to "Brexit" - Britain's vote to withdraw from the European Union - Yes California's email list jumped from fewer than 2,500 before the election to 115,069 currently, the group's president, Louis Marinelli, said in a telephone interview.

Marinelli, who moved to Yekaterinburg, about 1,000 miles (1,600 km) east of Moscow, in September and has lived in Russia on and off for several years, said he became disenchanted with the United States after difficulties arose with the immigration process for his Russian-born wife.

On Friday, activists from the group waved signs saying "California out of the United States" and "U.S. out of California" at anti-Trump protests in Los Angeles and San Francisco, Marinelli said. They have requested approval from the state to begin collecting signatures for a pro-secession ballot initiative.

In Lt. Andrew Rowan’s own words: