NEW BATTLEFIELD(S) VIDEO IS MUST VIEWING--The Civil War Trust, a dynamic organization dedicated to preserving the history of the American Civil War, including saving important battlefields, has teamed with Wide Awake Films to produce a day by day capsule of the Battle of Gettysburg. 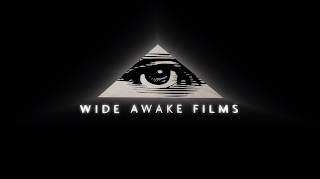 The resulting quick overview of the three days July 1-3, 1863 is enhanced with animated maps showing complicated troop movements.  If you only see one video about the civil war—this amazing work is not to be missed.  It will fascinate the most ardent Civil War buff and quickly bring up to speed the casual reader of the War Between the States.
http://www.civilwar.org/battlefields/gettysburg/maps/gettysburg-animated-map/


Special Report from the Smithsonian Institute:
A CUTTING EDGE SECOND LOOK AT THE BATTLE OF GETTYSBURG

NEW TECHNOLOGY—Interactive charts by ESRI, text by Anne Kelly Knowles and Cartography by International Mapping re-examine how the Civil War battle at Gettysburg was won and lost.
http://www.smithsonianmag.com/history-archaeology/A-Cutting-Edge-Second-Look-at-the-Battle-of-Gettysburg.html

Added Video:
While not as visually as powerful as the work above, this scholarly presentation sets the stage for the Battle of Gettysburg, a Penn State professor puts into perspective what was at stake for President Lincoln if the Union army failed at Gettysburg:  http://news.psu.edu/video/277899/2013/05/24/academics/video-battle-gettysburg-prelude

BOOKS ON THE BATTLE OF GETTYSBURG: ONE OLD, ONE NEW

Freeman’s prelude:
Following his stunning victory at Chancellorsville, Rebel general Robert E. Lee decided to attempt a second invasion of the North. He felt such a move would disrupt the Union Army's plans for the summer campaign, would allow his army to live off the rich farms of Pennsylvania, and would aid in reducing pressure on the Confederate garrison at Vicksburg, MS.

On June 29, with his army strung out in an arc from the Susquehanna River on the east to Chambersburg in the West, Lee ordered his troops to concentrate at Cashtown, PA after hearing reports that Meade had crossed the Potomac. The next day, Confederate Brig. Gen. James Pettigrew observed Union cavalry under Brig. Gen. John Buford entering the town of Gettysburg to the southeast. He reported this to his division and corps commanders, Maj. Gen. Harry Heth and A.P. Hill, and, despite Lee's orders to avoid a major engagement until the army was concentrated, the three planned a reconnaissance in force for the next day.
End of Excerpt.

Major General Joseph Hooker at his headquarters of the Army of the Potomac, wrote to Washington that he would send a corps or two across the Potomac River, make Washington secure, and then strike on General Robert E. Lee’s probable line of retreat.

Thursday June 25, 1863--At 1 A.M., Major General James Ewell Brown Stuart left from Salem Depot, Virginia, after receiving permission from General Robert E. Lee to join the Confederate army north of the Potomac River after passing between the Federal army and Washington. It was the beginning of a ride which took his cavalry away from much of the Gettysburg operations and over which controversies still rage. One of the first skirmishes occurred at Haymarket when Stuart’s cavalry clashed with troops from the Army of the Potomac’s II Corps, including the 1st Minnesota Volunteer Infantry.

Friday June 26, 1863--Confederate Major General Jubal Early and a portion of his command entered Gettysburg, Pennsylvania, in their advance north of the Potomac River. The next day, they marched towards York, Pennsylvania. Federal militia fled after a brief skirmish near Gettysburg and a number were captured.

Federal Major General Joseph Hooker reported himself on the way to Frederick, Maryland requesting to evacuate Maryland Heights at Harper’s Ferry. Washington appeared to doubt Hooker’s ability to act against the Confederate invasion.

The Confederate forces of Lieutenant Generals James Longstreet and Ambrose Powell Hill, along with General Robert E. Lee’s headquarters element, arrived at Chambersburg, Pennsylvania. Major General Jubal Early accepted the surrender of York, Pennsylvania from the local officials near the city, as Confederates moved near the state capital, Harrisburg.

The Federal Army of the Potomac was across the Potomac River at Frederick, Middletown and Knoxville, Maryland. General-in-Chief Henry W. Halleck messaged Meade to place him in command of the Army of the Potomac. He was expected to deal with General Robert E. Lee’s Confederate invasion of Pennsylvania.

Monday June 29, 1863--Federal Major General George G. Meade’s new command moved rapidly forward in Maryland and by evening the Federals had their left at Emmitsburg and their right at New Windsor. Brigadier General John Buford’s cavalry had his advance at Gettysburg. Brigadier General Judson Kilpatrick’s cavalry had contacted Major General J.E.B. Stuart’s Confederates on the Federal right flank. Both armies were now heading in the general direction of Gettysburg, Pennsylvania. Skirmishing broke out at McConnellsburg, Pennsylvania, along with Westminster and Muddy Branch, Maryland.

Fighting broke out at Hanover, Fairfield, and at Sporting Hill near Harrisburg, Pennsylvania; at Westminster, Maryland; Hudson’s Ford on the Neosho River in Missouri and at Goodrich’s Landing, Louisiana.

President Abraham Lincoln resisted the urging of others to restore Major General George B. McClellan back into command of the Army of the Potomac.

For the Federal Army, the march from Fredericksburg to Gettysburg had taken 14 days with 11 days of travel. The average march was more than 14 miles per day. The march for the Confederates was even longer. By the time both armies took the field at Gettysburg, they were exhausted.
0 comments

PROUDLY NORTH PARK--Tomorrow, Saturday, June 29th from 12-5pm Sea Rocket Restaurant, according to Owner/GM Elena Rivellino, will be hosting a block party at 30th & Upas to celebrate the history of the Lynhurst building, the businesses that currently occupy the space, and the cornerstone of commerce and camaraderie that it has provided to North Park for 100 years.

EVENT SCHEDULE
From 12-5pm all businesses in the building will be offering certain anniversary specials...see website; www.searocketbistro.com for details.

At 2 pm there will be a short welcome speech & ceremony in recognition of the Lynhurst building and it’s meaning to our community.

At 3 pm George Franck of the North Park Historical Society will lead a free tour of the neighborhood for anyone interested in more local trivia.

At 5:30 pm Okapi Sun, a cool indie sound, will headline the concert nearby in Bird Park , so enjoy some free music after celebrating the Lynhurst. 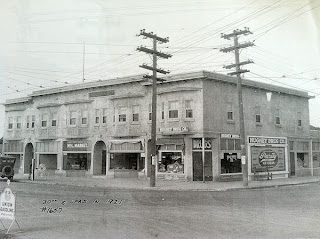 The San Diego Construction Co. built the Lynhurst in 1912 after Eugene Weathers, the architect, was issued a building permit for it.  It first appeared in a commercial building listing in 1913 while the second floor residential units didn’t follow until some years later (where one of Sea Rocket Bistro’s business partners Dennis Stein has been living for the last few years!) If you look carefully, you can see that a few architectural elements have been changed, such as the storefront windows being moved parallel to the building instead of angled inwards, and the window panes above those getting larger (with 3 pieces of glass per section rather than 6), but much still remains the same as originally constructed as this photo shows.