FOR THE LOVE OF MAURITIAN CUISINE

Editor’s note:  British Airways Club Magazine is kind to share its articles with responsible travel bloggers.  PillartoPost.org Daily Online Magazine appreciates sharing a few articles a year from what we consider the best inflight magazine in the world.

Mauritian dishes are best described as true fusion, a blend of African, French, Chinese and Indian food culture due to the unique ethnic make-up of the island.

My Mauritian heritage and the traditions of our cuisine are very important to my cooking, but as my food is modern, it’s important to learn about other styles of cooking to enhance my own. Right now, I’m particularly influenced by my love of Far Eastern and North African cuisine.

Street snacking.
Arguably the island’s most popular street food, dal puri is a thin pancake-like bread stuffed with ground yellow split peas and served with butterbean curry, and is the one thing us Mauritians miss most when away from the island. Another one-of-a-kind offering is the bol renverse (pictured below) – a dish that I’ve never been able to find a replica for in other countries, though it’s most similar to a chop suey. This dish is all about the presentation, served from an upside down bowl with a fried egg on top.

Bourgeois bites
Mauritians love their afternoon tea. A quintessentially British affair, although marked with a Mauritian twist, we have vanilla sweet tea and usually something sweet like napolitaine biscuits. These are incredibly short shortbreads, sandwiched with strawberry jam and topped with a garish pink icing – a fond childhood memory for me.

Mum’s the word
The idea behind my restaurant’s name (Lakaz Maman is the Creole word for ‘Mum’s House’) is to show that we’re all about serving home-style food but with a modern twist. It’s not about fine dining – our aim is to create a relaxing environment where people can enjoy what’s being served. That’s quite typical of the Mauritian style of dining. 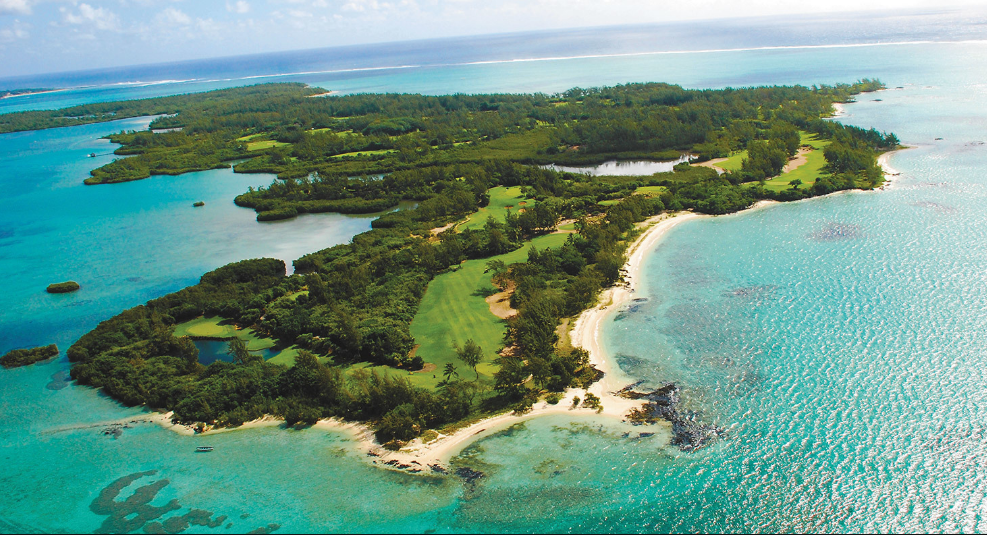 If you’re heading to Mauritius, there are a few absolute must-see sights, one being the Île aux Cerfs – a beautiful island off the east coast, home to the renowned Ile aux Cerfs Golf Club. But for a foodie fix, take a trip to Marche de Flacq fruit and vegetable market, or Mahébourg’s Monday market out on the waterfront for exquisite takeaway bites.

Arguably the island’s most popular street food, dal puri is a thin pancake-like bread stuffed with ground yellow split peas and served with butterbean curry, and is the one thing us Mauritians miss most when away from the island.
0 comments 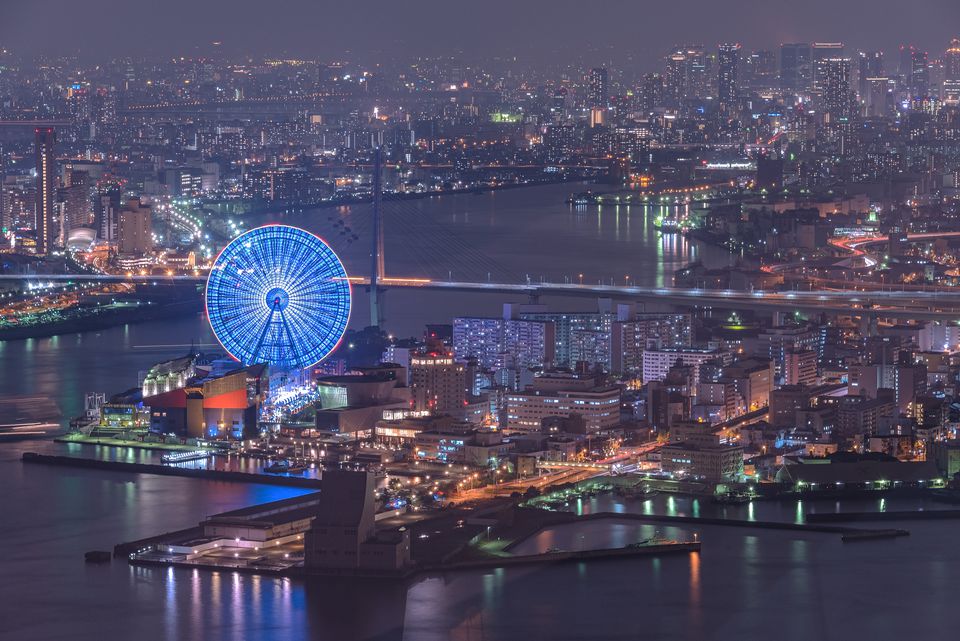 Opened in 2016, a year after the Orlando Eye made its debut, the Redhorse Osaka Wheel at 404-feet beats its Florida counterpart by four feet in height. It is located at Expocity in Osaka, Japan on the site of Expo '70, the first world's fair ever held in Asia. 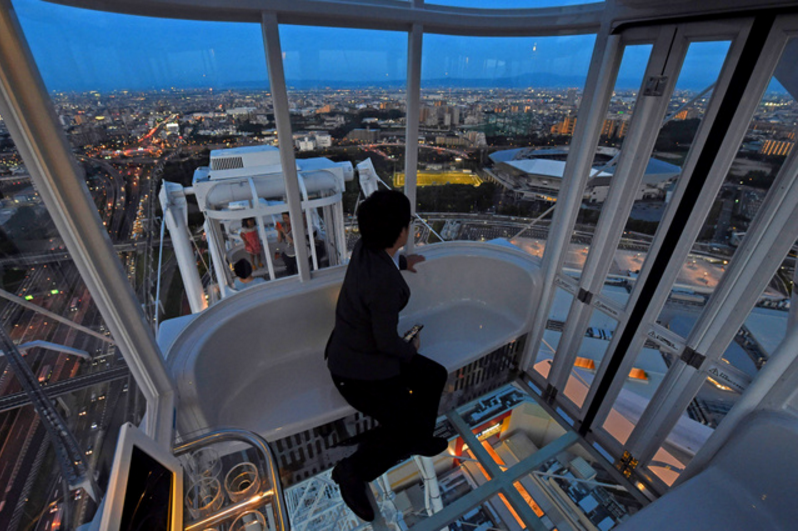 The country’s largest-ever Ferris wheel is set to open at Osaka’s Expo City on July 1 this year. Standing at a height of 403.5 feet, the Red Horse Osaka Wheel is impressive not only in stature but in modern-day aesthetics as well. 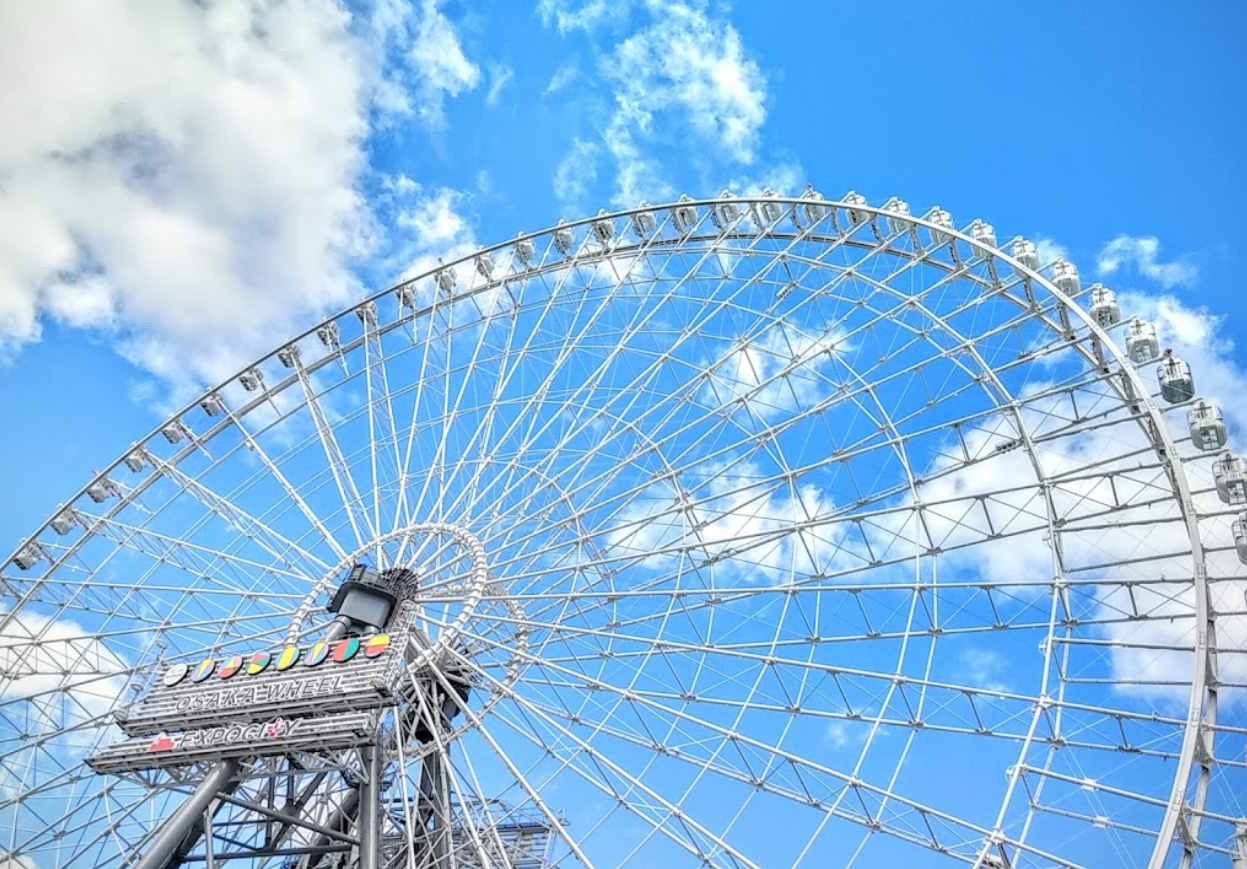 This Japanese giant is currently ranked the fifth tallest in the world.  [for list of biggies click here].

All 72 carriages feature transparent glass panels on the walls and floors, creating a see-through environment to give passengers the feeling of floating through the sky. The wide seats are designed to comfortably fit six people, with each carriage air-conditioned in summer and heated in winter so customers can enjoy the views year-round.

The cars are also equipped with tablets broadcasting the special in-house “EXPO TV”, which features information on apps and other related advice for visitors to the area. It kind of seems like a great way to ruin a nice ride, so hopefully, you can mute them! 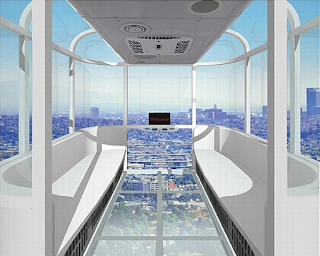 Two carriages are designated VIP carriages, with space for four passengers on extra-luxurious sofa-style seating and special interior lighting provided by floor LEDs. These carriages are perfect for special celebrations.

The Ferris wheel is the first in the world to use a base-isolated system to absorb the shock of earthquakes, meaning if one were to occur, there would be very little shaking on the structure.

One round of the wheel takes 18 minutes to complete and tickets are priced at 1,000 yen (US $9.16) per passenger for regular carriages and 8,000 yen for the exclusive use of the four-seater VIP car. 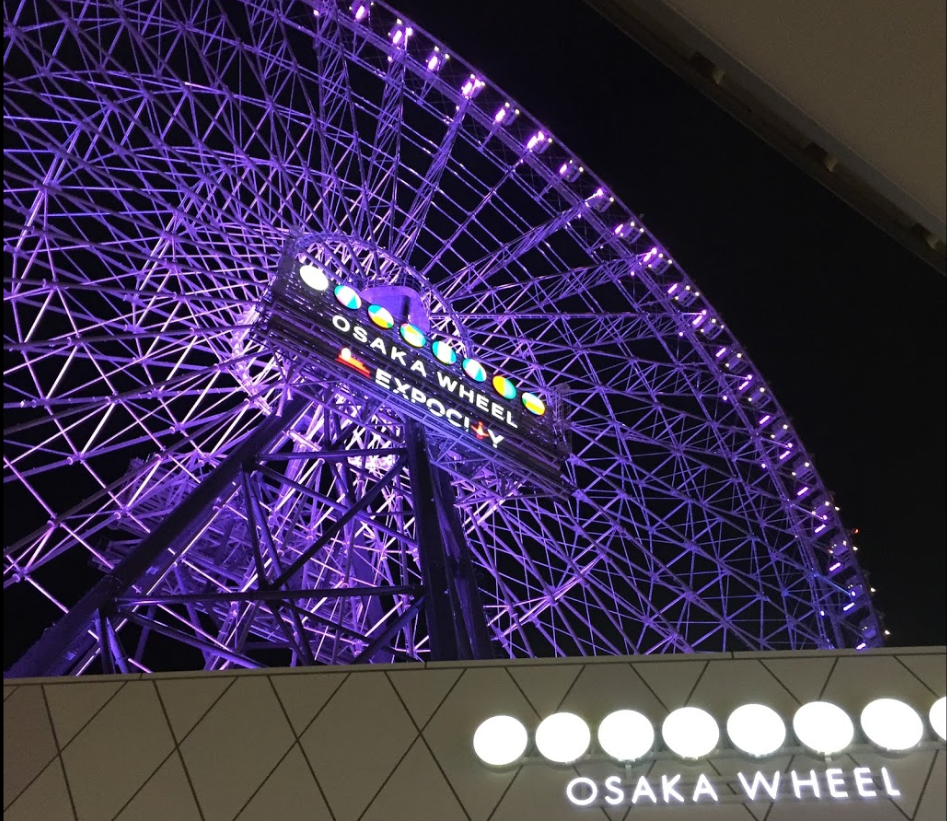 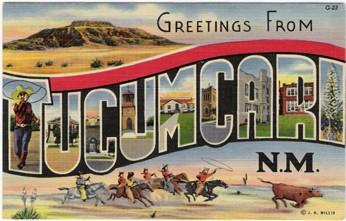 Our intrepid PillartoPost.org travel writer, Leslie Cruse, has moved on from her gig as a hotel bigwig in Dubai to settle back in the U.S.  In the meantime, she has been spotted zipping along Route 66 heading west.  Being a hospitality exec she was attracted to the motels in the area.  The following are images she snapped while overnighting in Tucumcari, New Mexico.

MORE ON TUCUMCARI:
As the railroads moved west, Ragtown sprung up as a north eastern New Mexico staging area for rail workers in the early 1900s.  Name was changed to Tucumcari in 1908 when it became a city.  Tucumcari mountain can be seen in the distance.  Tucumcari is taken from the Comanche language meaning “ambush.” 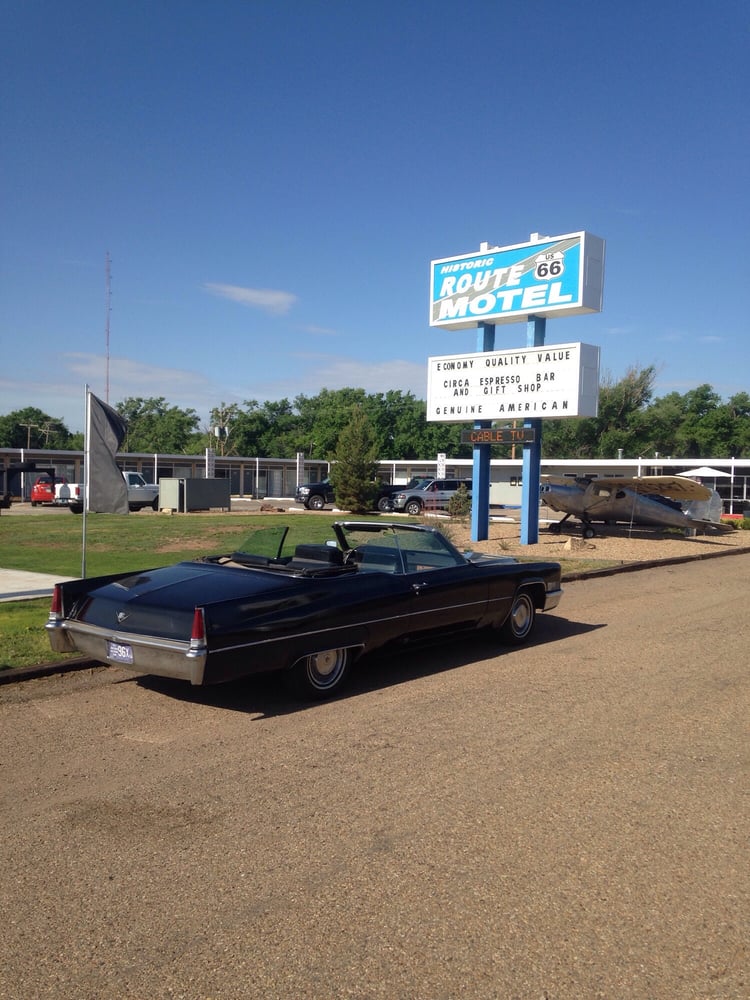 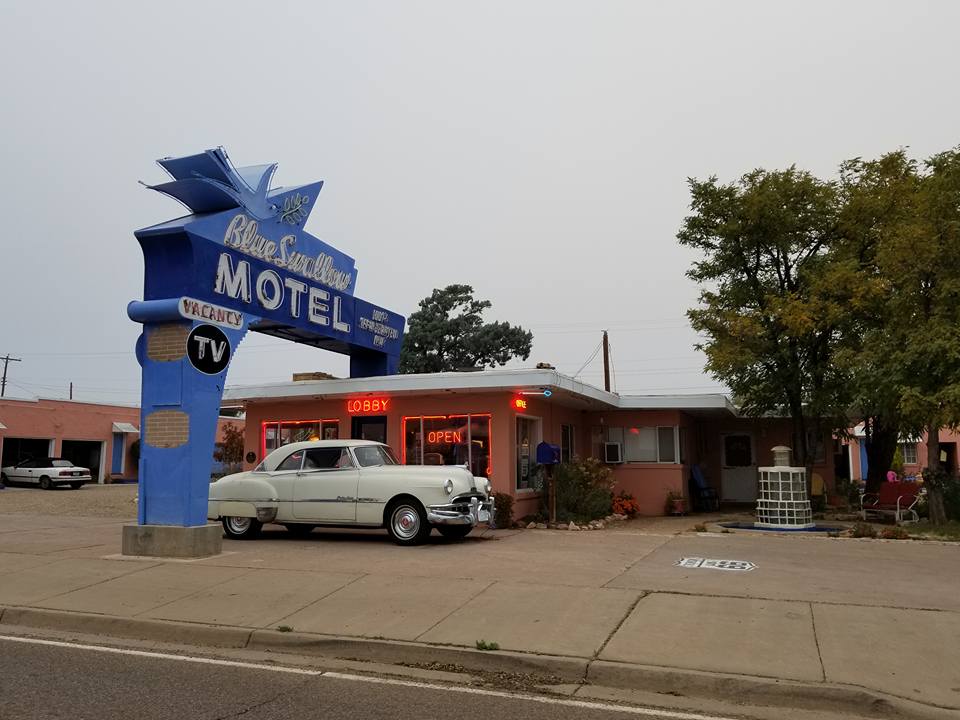 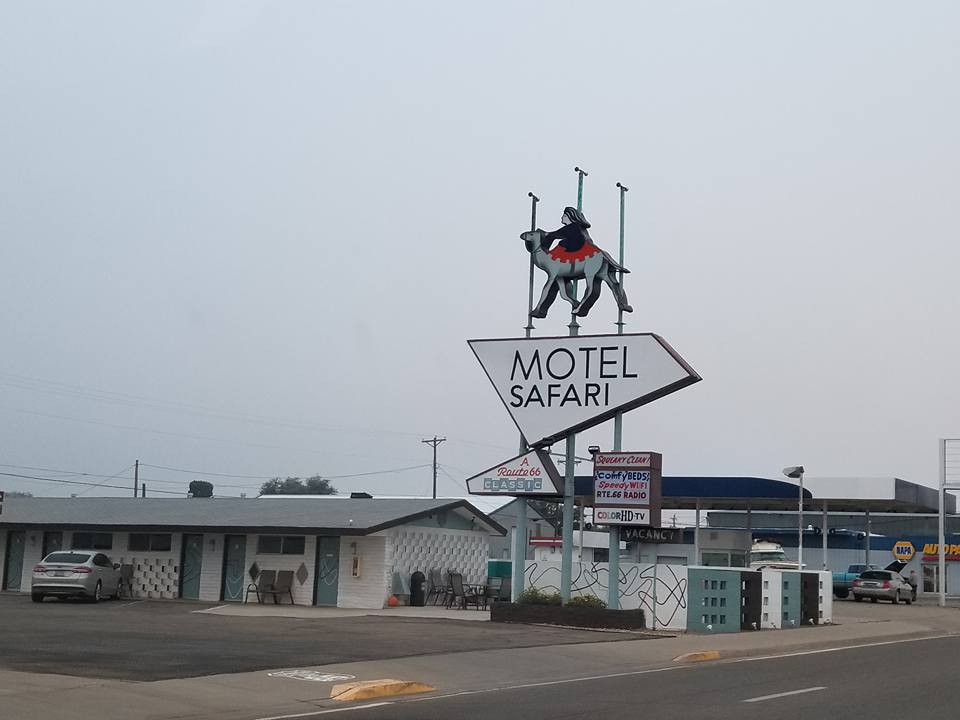 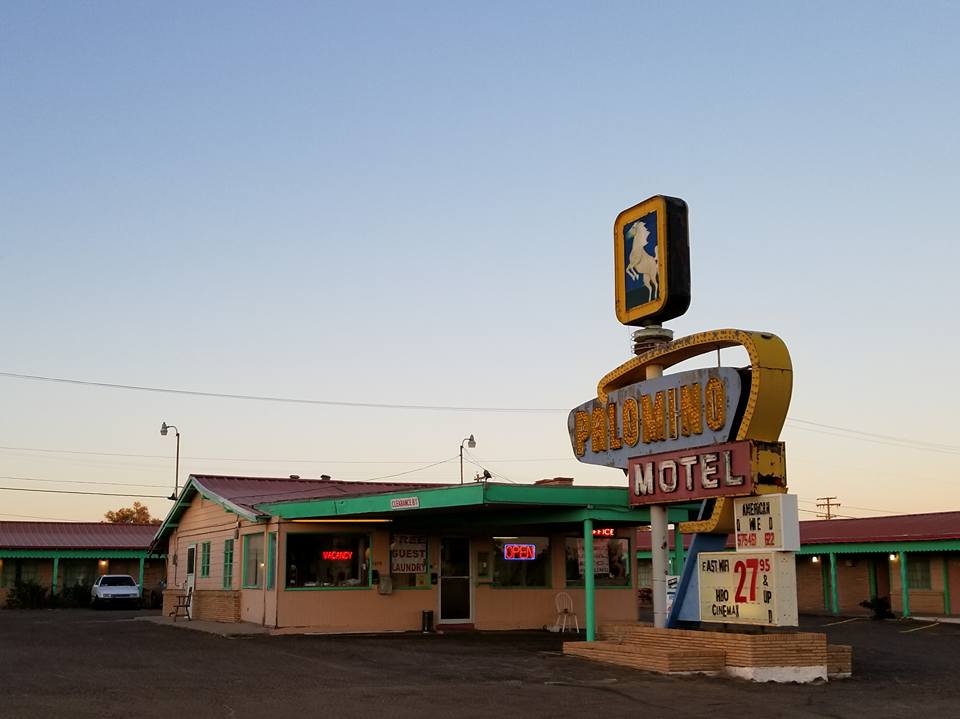 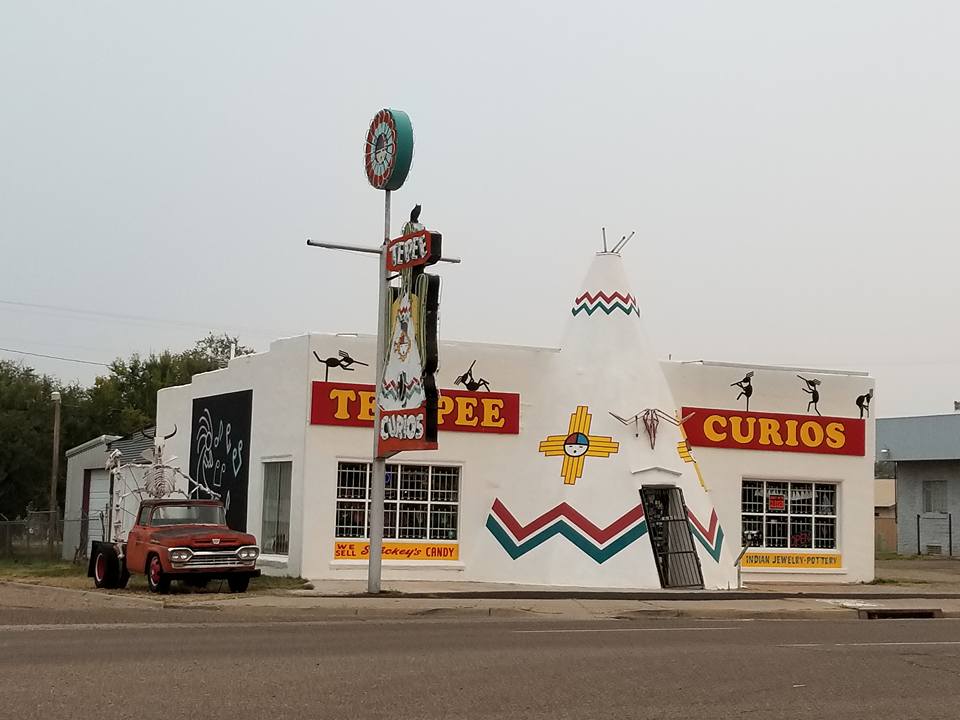