URBAN EXPLORER / HARMONIOUS IN ITS HARMONY 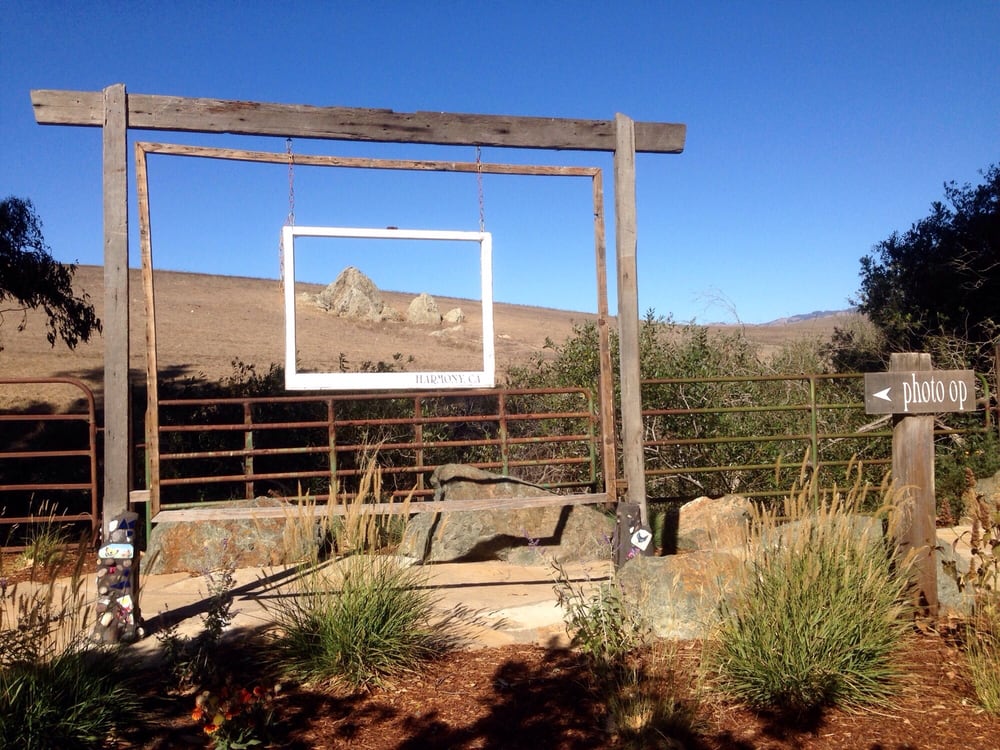 Harmony is one of those microdot villages that appear on maps near the central coast of California near San Luis Obispo. Its claim to fame is an ongoing pottery shop and being home to the former Harmony Valley Creamery, a dairy cooperative that closed in 1955. It lies north of Cayucos and south of Cambria on Highway One.

The hamlet of Harmony began as a dairy settlement in the late 19th century started by Swiss immigrants living near the Italian border — the same background as many of San Luis Obispo County's founders, including the Madonna family, owners of the Madonna Inn located in San Luis Obispo, California.  [So that's where the inn's name came from].

Harmony was founded in 1869 around several dairy ranches and a creamery. The operation changed hands repeatedly because of rivalries that led to a killing. In 1907, owners and ranchers agreed to call off their feud and called the town by its present name as a symbol of their truce.

The Harmony Valley Dairy Co-op was founded in 1901. As the town grew, it soon hosted a dairy management office, dormitories for employees, a livery stable, a blacksmith, and later a gas station. A school was built, and a feed store and post office gave Harmony official status as a community. At its peak, the creamery employed 10 workers, producing high quality dairy products, including butter and cheese that gave Harmony name recognition statewide. 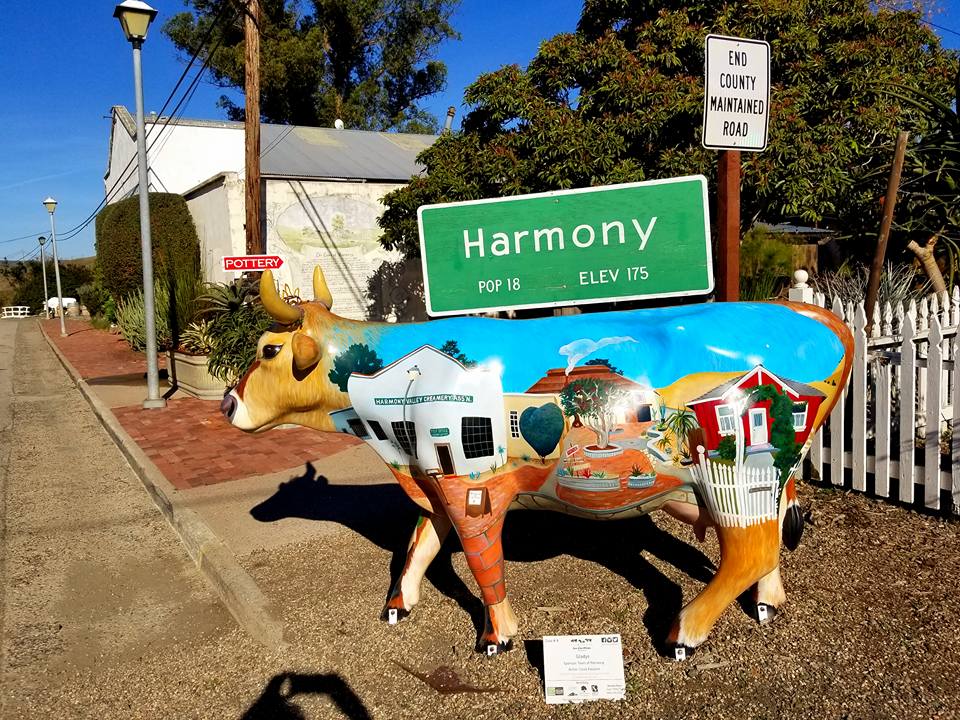 The creamery purified butter by cooking it in the traditional Swiss way, clarifying and giving it a golden color—old-world dairymen claimed butter produced by this method never turned rancid. Tourists traveling Hwy 1 often stopped for fresh buttermilk, and famed publishing magnate William Randolph Hearst stopped often in Harmony on his way to his opulent home in San Simeon, 12 miles northwest, as did many of the Hollywood celebrities who were frequent guests of Hearst.

Increased grazing land fees and dairy industry consolidation led to the closure of Harmony's creamery around 1955. The town, which still has a part-time post office, lost population until the 1970s when it was rediscovered by California's young counter-culture population, many of whom were looking for a rural lifestyle where they could practice traditional crafts away from the pressures and technology of urban life. Many of the town's historic landmarks, including the main creamery, were restored and reopened as restaurants and shops. 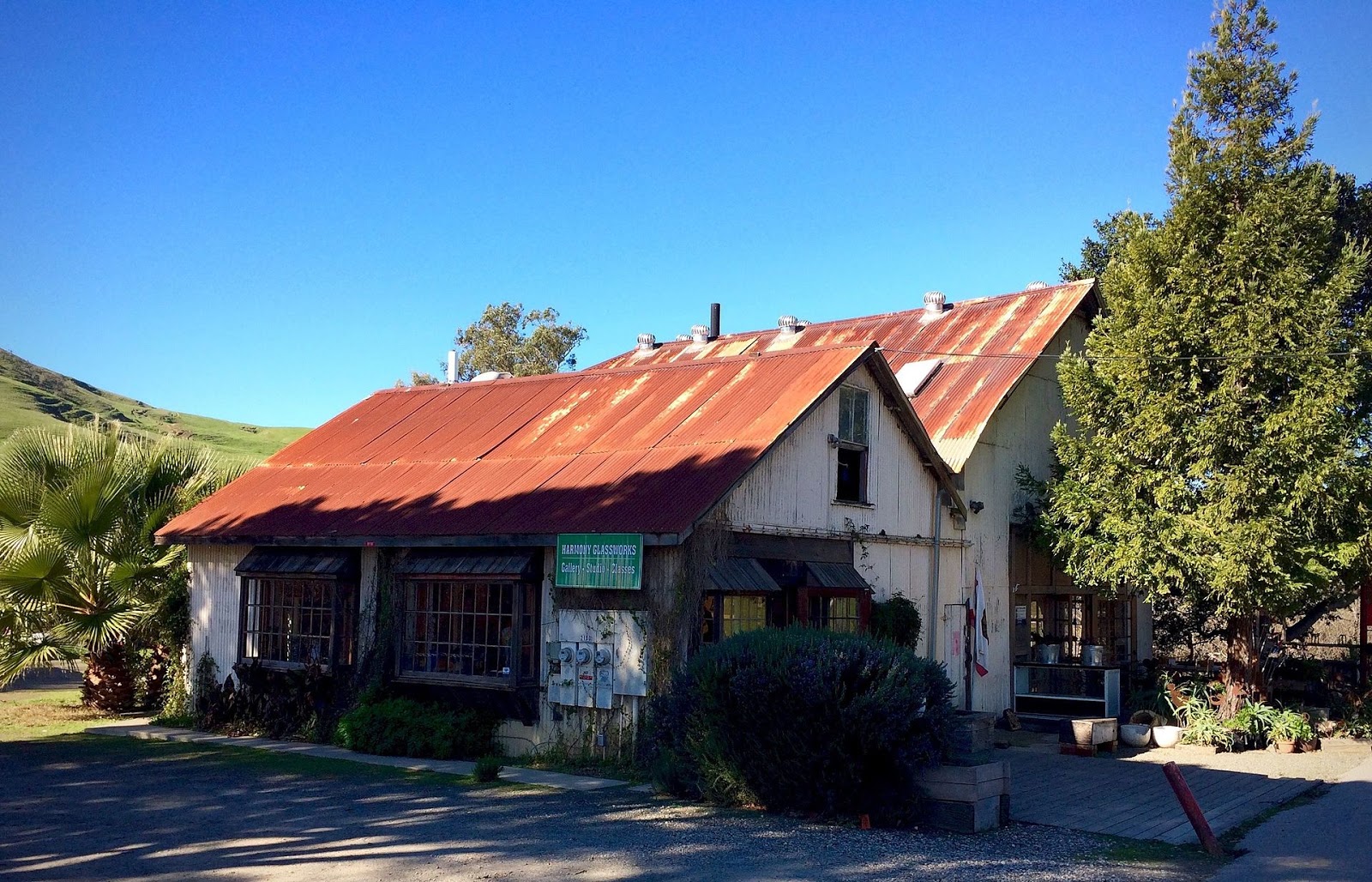 Since the 1970s, Harmony has ridden cycles of prosperity and neglect. It has been home to upscale restaurants, crafts, ceramics and art. More recently, Harmony became a town in name only; a single restaurant remained, but went through several owners before closing in the late 1990s.

A small cadre of artisans keeps Harmony alive, with retail shops selling art objects, locally hand blown glass, and pottery, but the town faces an uncertain future. Harmony was recently put up for sale. Helping keep the town alive is Harmony Cellars, a boutique winery and tasting room, about 1/4 mile south. The winery opened in 1989 and in 2006 produced about 6,000 cases of Central Coast varietals like Chardonnay and Cabernet Sauvignon.

In 2014, Harmony was purchased by Alan VanderHorst and his family, who plan to restore and preserve the 2.5-acre historic town. 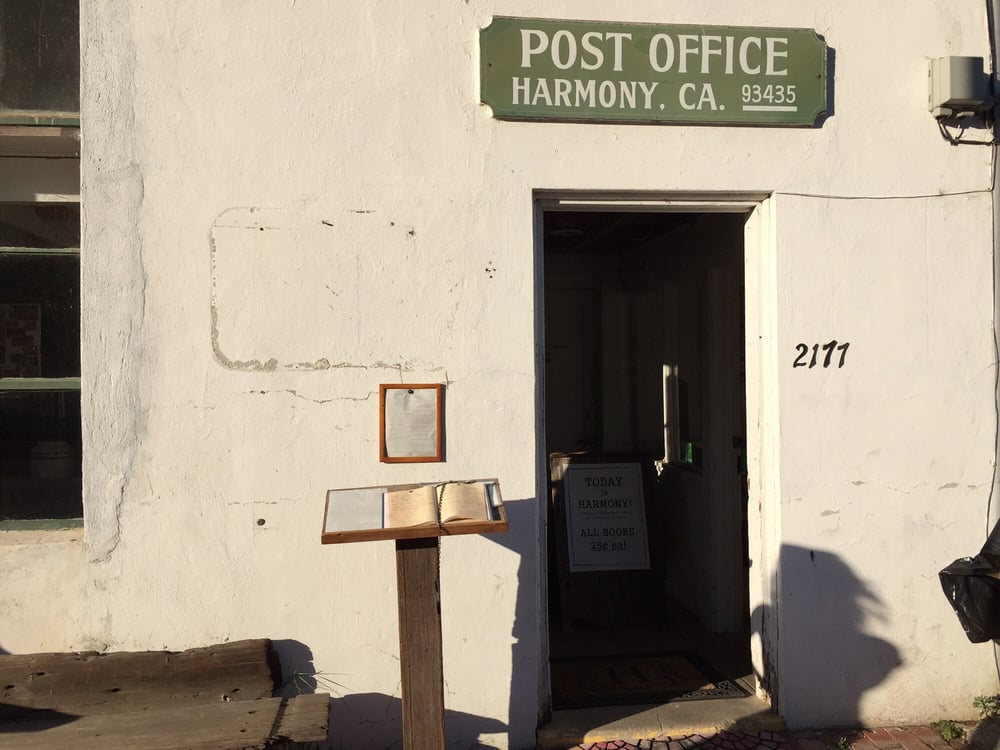 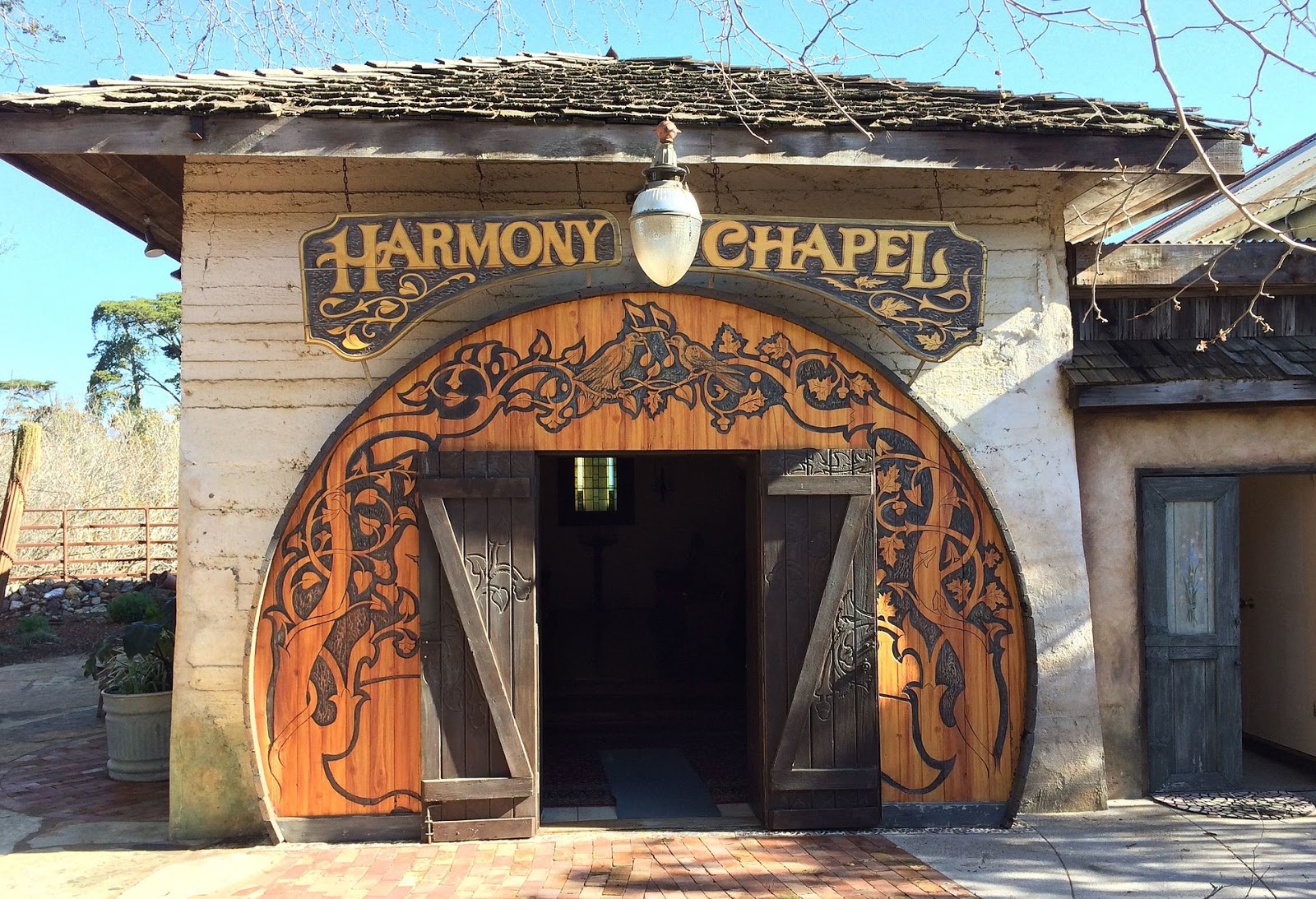