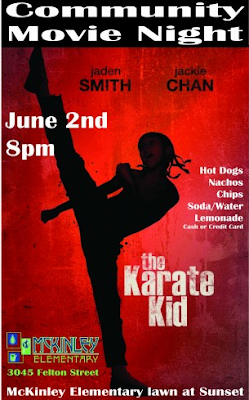 ONE NITE, ONE MOVIE—Ah, summer is here. Kick back and enjoy the balmy evening. This Saturday (June 2) is Community Movie Night in North Park on the McKinley School lawn 3045 Felton Street. This is a free event, open to the public, so spread the word, spread your picnic blanket and come early (8ish) to reserve your place on the lawn. The school will be selling hotdogs, nachos, chips, soda, candy, and water. The movie is the new Karate Kid movie, which begins at sunset around 8:30 pm. Info: 619-282-7694. 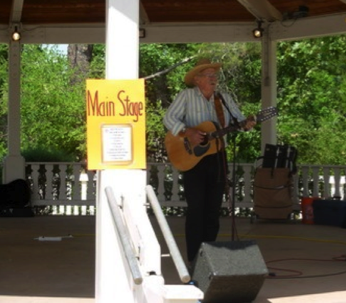 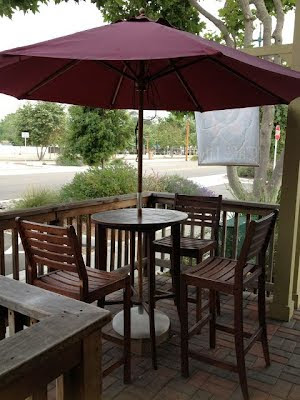 OUT AND ABOUT—A house sitting gig for friends landed us in Poway for a long weekend and being North Park based, the 20-mile journey up 1-15 was an unexpected getaway.

All of Poway will not be covered here. There’s lots to see and do in this community just beyond the northeast city limits of San Diego.

For that go to www.poway.org

What we saw was small town Americana. It seems the larger our cities become the more small town our neighborhoods aspire to be. Poway is an example. And, nothing is more homespun and enjoyable than Old Poway Park’s main stage gazebo during the upcoming Sam Hinton Folk Festival, next Saturday, June 2 from 11 – 5 pm, 14134 Midland Rd. Details: www.folkheritage.org

The festival is free. Bring the tots because the Old Poway Park’s railroad is a vintage version of the San Diego Zoo choo-choo. Kids love it. And, you won’t miss a song because the train circles the stage. (www.powaymidlandrr.org).

Nearby is the 1890s Nelson House, run by the www.powayhistoricalsociety.org. Turn of the century residential charm amid a park that is a slice of mom, apple pie and the 4th of July.

Café Lily, a bit of France across from Old Poway Park, is a mom & son coffee and sandwich shop. Bottom line. I’m back there in a heartbeat next time I’m in Poway. Bit off the beaten path, but everyone knows where Old Poway Park is.

[I-15 to Poway Road to north on Midland Road). The pressed turkey and roast beef Panini’s were amazing as were the coffee drinks. Large portions. Nice table on the front patio. Sean and Lily treat you like family here. Café Lily, 14045 Midland Rd., www.cafe-lily.com.

We’ll be back, especially if we take in the free Sam Hinton Folk Festival next Saturday.

Images: Our table at Café Lily; Folk singer on same stage where Sam Hinton Folk Festival will take place. Poway Midland RR’s Gondola #3 is adaptable for handicap/wheelchair use. Portions of the bench seats can be quickly removed. 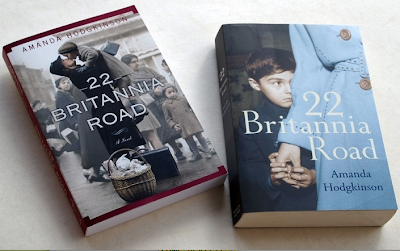 Tugging at heart strings, the work takes place during WWII depicting the effect the war had on families, especially one couple who in the aftermath of the war tried to create a home when neither can quite remember what home is.

New York Times said of her novel: "...It is Hodgkinson’s portrait of the primal bond between mother and child, her visceral understanding of the gorgeous, terrible weight of love mothers must carry, war or no war, secret or no secret, that leaves an indelible impression..."

Hodgkinson’s book will be available for purchase and signing at the event. Tea is $40 per person, not including a copy of the novel, tax or gratuity for the wait staff.

VINTAGE HOME TOUR AHEAD--Aficionados of local residential architecture are alerted to a rare opportunity to take in a rare home tour, which coincide with the 100th anniversary of the founding of the San Diego neighborhood of Burlingame, which has become San Diego’s Burlingame Historical District. Local media update at end of this blog.
WHERE IS BURLINGAME? This San Diego Mid-City neighborhood of 170 architecturally interesting homes is within the following boundaries: Switzer Canyon to the North, Kalmia Street to the south; 32nd Street to the East and 30th Street.
HOME TOUR /June 2. The Burlingame Club is sponsoring the Burlingame Centennial Home Tour, which includes six (inside viewing) homes on Saturday between 10 am and 4 pm. Begin the tour at 3117 Laurel Street. Cost is $25 per person with proceeds to charities. Tour info: 619-285-9680.
BRIEF HISTORY: Donald Covington, the late North Park resident and local historian penned the following notes on Burlingame in his book “Burlingame, the Tract of Character 1912-1929”
“…In January 1909, a group of citizens living on the northeast corner of Balboa Park petitioned the Vice President of the San Diego Electric Railway Co. for an extension of the South Park line up 30th Street to Upas. The single track line and the 30th Street Bridge over Switzer Canyon which were constructed that year helped to open the sparsely settled region to suburban development/
Two years later, in the autumn of 1911, the car line was double-tracked in response to heavy demand from the rapidly expanding area. In November1911, a real development firm, McFadden & Buxton, bought 40 acres east of the 30th Street car line over looking Switzer Canyon. After two months of improvements those 40 acres became Burlingame.
On Saturday, January 13, 1912, the Burlingame tract was opened for public inspection. On that first weekend, 34 lots were sold. Late in January 1912, the distinctive red curbs, crosswalks and sidewalks were laid, paving the way for the beginning of residential construction…”
MORE HISTORY NOTES There is an excellent roster of interesting articles on various aspects of Burlingame available on the Burlingame Club’s website: www.burlingames.com There you will find a link to Prof. Covington’s original article for the San Diego Journal on Burlingame. For more information on the North Park Historical Society go to www.NorthParkHistory.org
News sources: May issue of North Park News, www.sdnorthparknews.com
Local media update: http://www.utsandiego.com/news/2012/jun/02/tp-community-minded-resident-has-left-her-mark-on/
0 comments 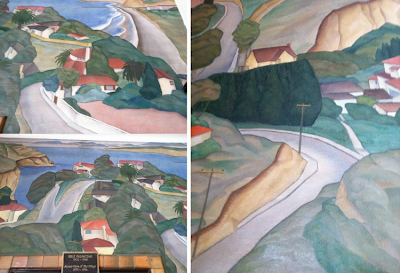 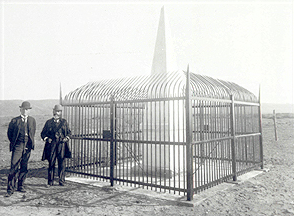 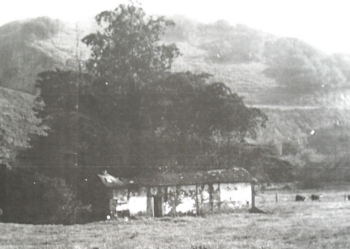 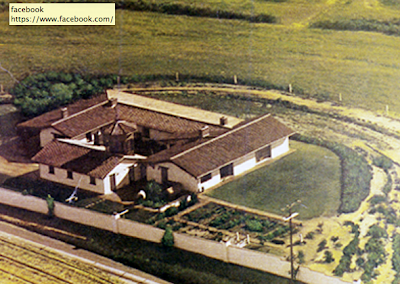