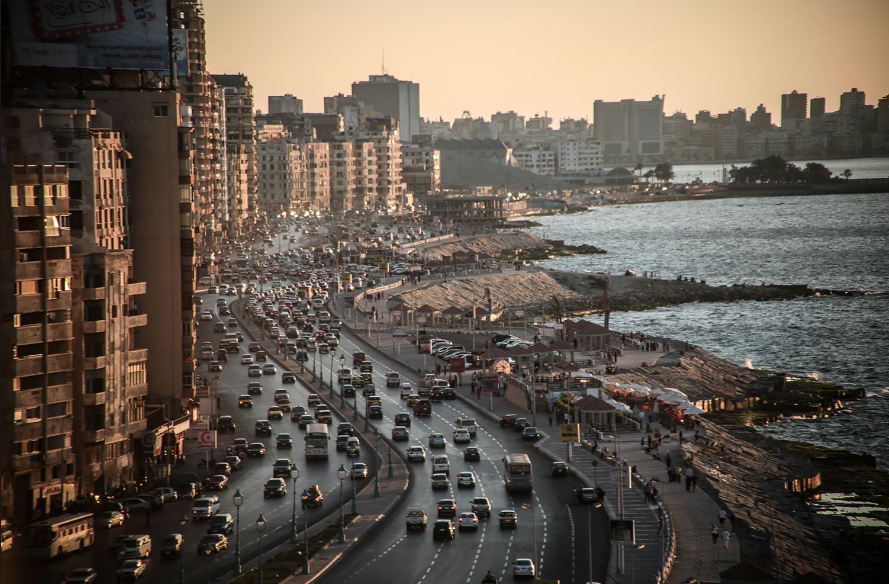 AN EXCERPT From Lawrence Durrell's novel "Justine:"
“...Capitally, what is this city of ours?  What is resumed in the word Alexandria?  In a flash, my mind’s eye shows me a thousand dust-tormented streets.  Flies and beggars own it today—and those who enjoy an intermediate existence between either.

Five races, five languages, a dozen creeds: five fleets turning through their greasy reflections behind the harbor bar.  But there are more than five sexes and only demotic Greek seems to distinguish among them...You would never mistake it for a happy place...I remember Nessim once saying—I think he was quoting—that Alexandria was the great winepress of love; those who emerged from it were the sick men, the solitaries, the prophets—I mean all who have been deeply wounded in their sex.

Notes, for landscape tones...Long sequences of tempera, light filtered through the essence of lemons.  An air full of brick dust—sweet smelling brick-dust and the odour of hot pavements slaked with water.  Light damp clouds, earth-bound, yet seldom bringing rain.  Upon this squirt dust-red, dust-green chalk mauve and watered crimson lake.  In summer the sea damps lightly varnished the air.  Everything lay under a coat of gum. 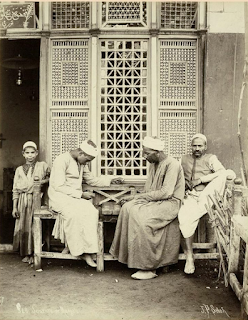 And, then in autumn the dry, palpitant air, harsh with static electricity, inflaming the body through its light clothing.  The flesh coming alive, trying the bars of its prison...Was it in this that Antony heard the heart-numbing strains of the great music which persuaded him to surrender forever the city he loved?

The sulking bodies of the young begin to hunt for a fellow nakedness, and in those little cafes where Balthazar went so often with the old poet of the city, the boys stir uneasily at their backgammon under the petrol lamps; disturbed by this dry desert wind—so unromantic, so unconfiding—stir, and turn to watch every stranger.  They struggle for breath and in every summer kiss they can detect the taste of quicklime...” 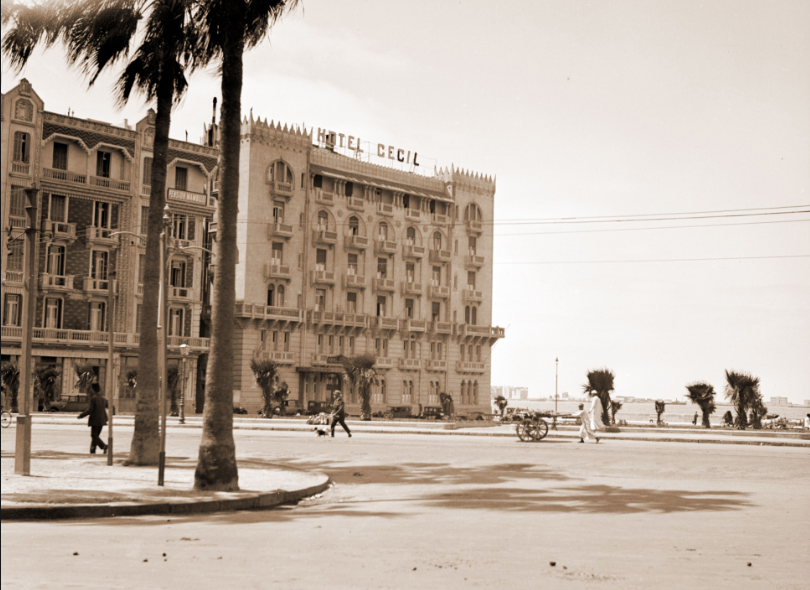 ABOUT JUSTINE.
The time is the eve of the Second World War. The place is Alexandria, an Egyptian city that once housed the world's greatest library and whose inhabitants are still dedicated to knowledge. But for the obsessed and purblind characters in this mesmerizing first novel of the Alexandria Quartet, the pursuit of knowledge leads to no library, only to the bedrooms in which each seeks to know - and possess - the other. Since its publication in 1957, "Justine" has inspired an almost religious devotion among readers and critics. It is not so much a book as it is a self-contained universe, constructed by one of the most elegant and formidably intelligent minds in contemporary fiction—Goodreads.

ABOUT LAWRENCE DURRELL.
Lawrence George Durrell was a critically hailed and beloved novelist, poet, humorist, and travel writer best known for The Alexandria Quartet novels, which were ranked by the Modern Library as among the greatest works of English literature in the twentieth century. A passionate and dedicated writer from an early age, Durrell’s prolific career also included the groundbreaking Avignon Quintet, whose first novel, Monsieur (1974), won the James Tait Black Memorial Prize, and whose third novel, Constance (1982), was nominated for the Booker Prize. He also penned the celebrated travel memoir Bitter Lemons of Cyprus (1957), which won the Duff Cooper Prize. Durrell corresponded with author Henry Miller for forty-five years, and Miller influenced much of his early work, including a provocative and controversial novel, The Black Book (1938). Durrell died in France in 1990.—Goodreads. 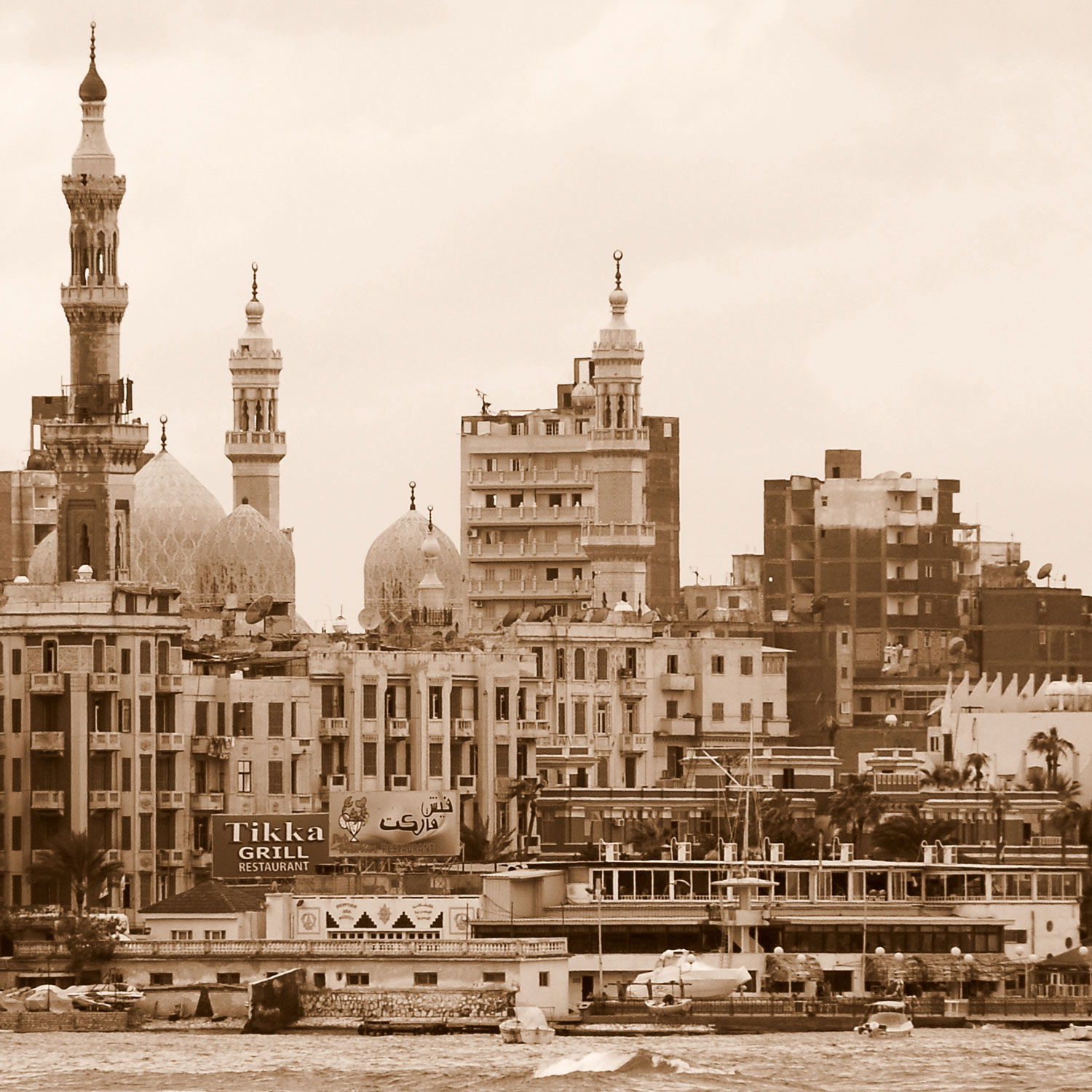 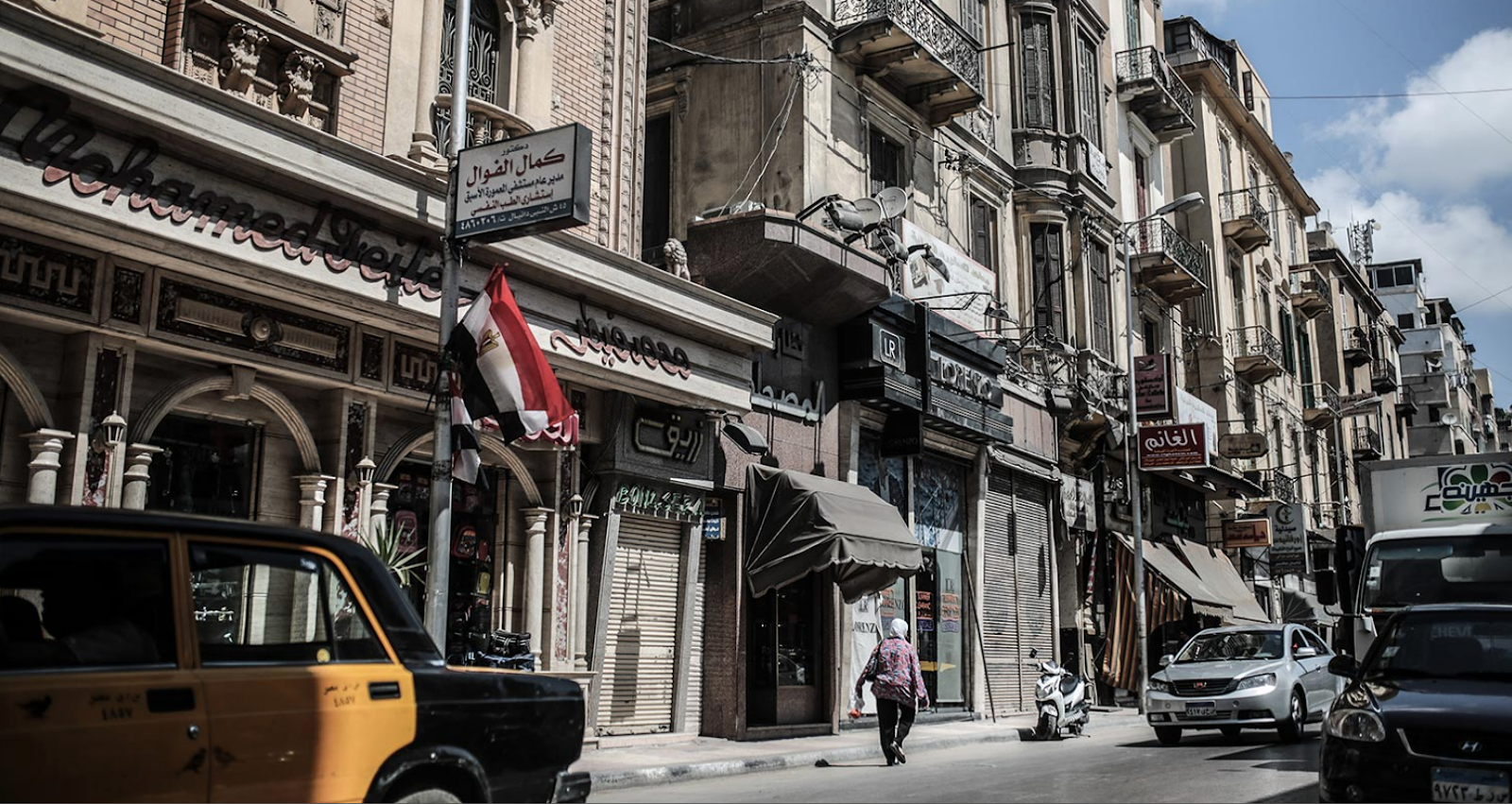 The first time I heard the term Sunny Jim* in reference to a synonym/nickname for San Diego came from my Uncle Ray Shess.  Back in the day, this U.S. Marine WW2 vet was a bartender in Mission Beach.  I was eight and remember sitting at his Ventura Street bar pumping nickels into the pistachio vending machine when I asked what who was Sunny Jim?  He explained San Diego translated from Spanish to English is St. James.  And, Jim is a diminutive of James.  And, it’s sunny more times than not in San Diego, especially in the perfect weather month of September.  When asked where he first heard Sunny Jim he simply said: “I made it up, now eat your pistachios and stop asking so many questions.”

Yes, September is a perfect month for more reasons than weather.  For one, all the rug rats are back in school and those zany Zonies, who drive on the sidewalks have gone home leaving room at the bar for the locals.  And, summer really doesn’t begin here until August and runs through the end of October. So, even though it’s September, you really haven’t missed one ray of sunshine. 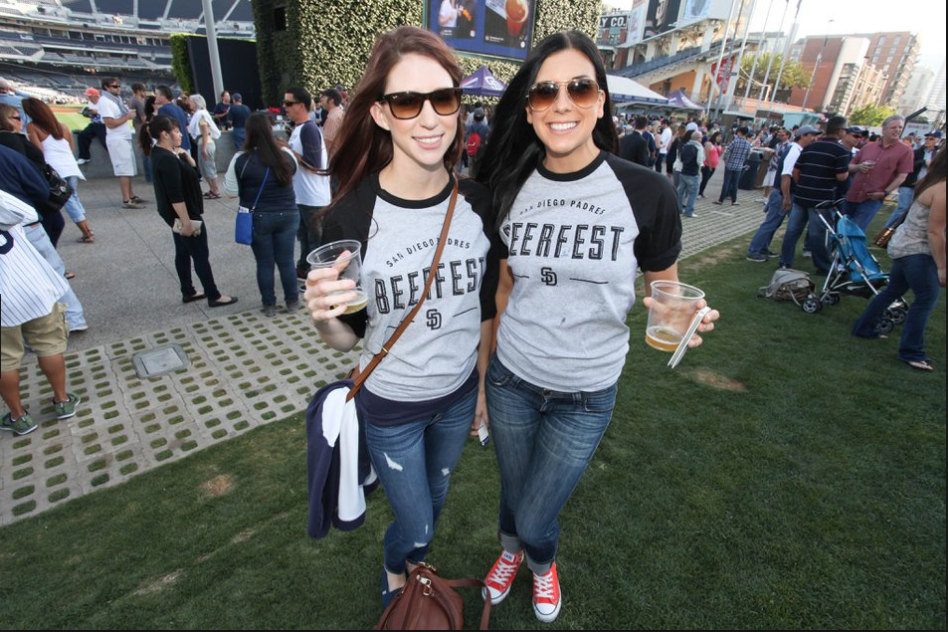 Friday, September 28:
Beerfest at Petco Park in San Diego is a lot of fun. Tons of beer lovers show up, tons of San Diego beer goes down, and it’s a very person to person way to dust off your face to face conversation skills.  Best of all, you cap the night with a baseball game even if the Padres haven’t had a winning season since Al Gore invented beer.

Here’s the low-down on San Diego Padres Beerfest at Petco Park. You get to sample beers from 18 different breweries. Beer samples are $5 for 12 ounces. Beerfest beer tasting commences at 4:30pm and continues until just before the first pitch.

Admission is free with a ticket to Friday’s game vs the returning Diamondbacks.

Idea for Lynx or Uber.  They should team up with the Padres and offer free ride home by showing your Petco Park ticket stub.  Maybe a discount?  Just a thought.

Saturday, September 29:
Everybody loves a winner.  Today this column modestly suggests you have a newly minted gold medal brew at one of the best craft beer establishments in the country.  Earlier in the week in Denver at the annual Great American Beer Fest, San Diego brewers brought home more winning medals than a bag of Betty Crocker flour.  For a complete list click here.

One of the local gold medal winners was Ocean Beach Brewery.   The competition was keen.  More than 4,000 beers were entered into the GABF event.  OB Brewery won gold for its primo pale ale called “B. Right On.”

And, best of all, Ocean Beach Brewery stole the show, winning its aforementioned gold medal and for taking home the coveted Small Brewpub & Small Brewpub Brewer of the Year award.

Good enough reasons to make it as our Saturday place to be. 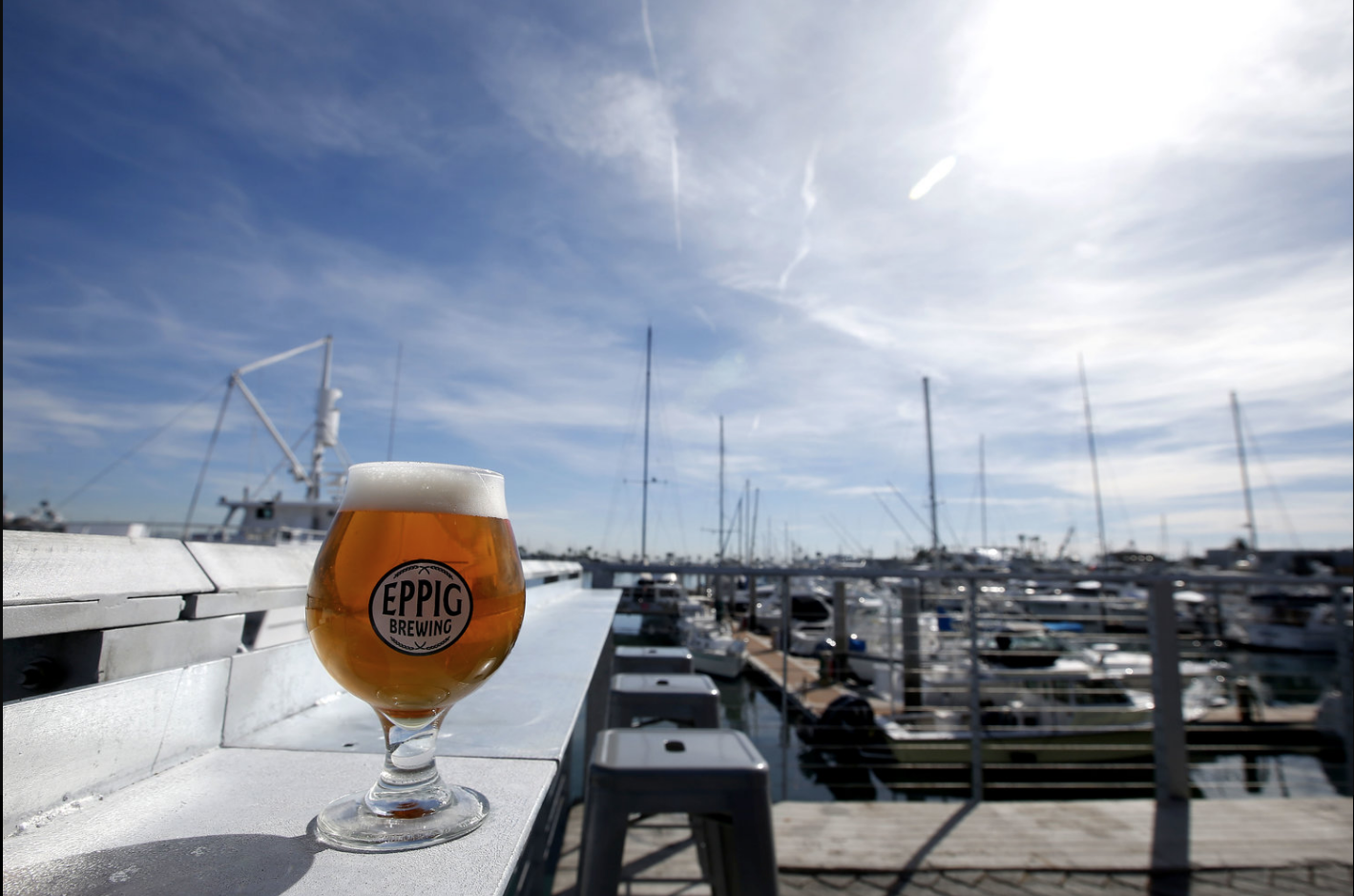 Sunday, September 30:
Just like a great craft beer, San Diego is hailed for its water (aka beaches).  No, you can’t drink sea water but you can imbibe at one of San Diego’s newest and popular bayside brewery/brewpubs.   The deck at Eppig Brewery’s new Point Loma establishment is hip, groovy and awesome (to adjective all generations).

Below is a list of San Diego winners at the
GABF for 2018: 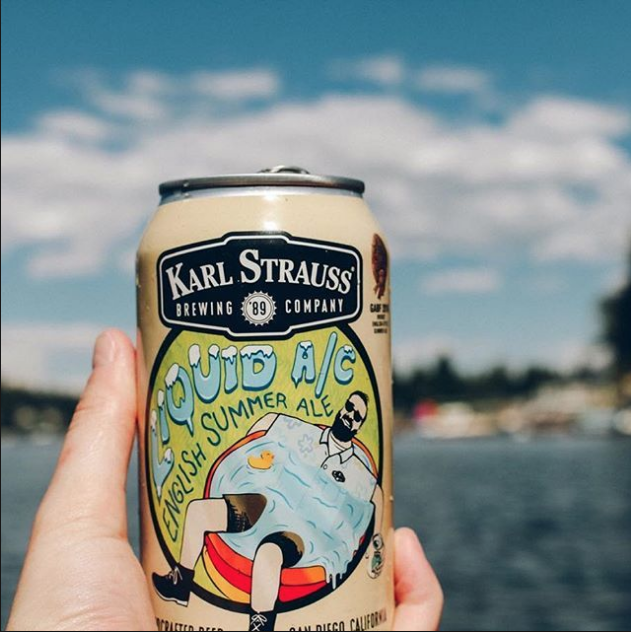 ** OB Brewery won the Small Brewpub of the Year award.