It’s one of the most memorable dishes I’ve ever encountered, not just for its outlandishness, but its unexpected deliciousness. I sampled it in 2009 at an event spotlighting local chefs and had the pleasure of meeting the creative mind that forged it, Claudette Zepeda. At the time, she was a young, rising star at downtown’s Jsix (where she learned butchery, breadmaking, charcuterie, and more) whose résumé already boasted high-profile upscale spots Jack’s La Jolla and El Bizcocho. I praised her inventiveness and placed a mental asterisk by her name as one to watch.

Not long after, I received an unexpected email from Zepeda, who was interested in the prospect of getting into food writing and looking for some advice. I instantly remembered her, that zanily outstanding dessert, and the glowing compliments Jsix’s executive chef had made about her, and soon she was writing up food-article drafts that I was marking up and meeting with her to go over. It was a short-lived but fun mentorship that allowed me to see the passion that drives her where food is concerned.

That enthusiasm, along with her impressive kitchen skills, were put on brilliant display when she assumed her first head-chef role at Bracero in Little Italy. A two-story, contemporary homage to Baja California, the venue was owned by internationally acclaimed Mexican chef Javier Plascencia, yet another all-star gastronome to see Zepeda’s promise. Bracero quickly became a favorite eatery of mine as well as local epicureans and many critics – it was a 2016 James Beard Best New Restaurant semifinalist – but an in-the-know cult following wasn’t enough to keep it open amid a host of obstacles. The restaurant shuttered in 2017, sending Zepeda on a winding voyage leading toward a new chapter cemented in familiar territory.

That journey included not one, but two stints on editions of Bravo’s wildly popular Top Chef culinary competitions. Her first trial by quickfire came via Top Chef Mexico, followed by Season 15 of the flagship American enterprise, which was filmed in Colorado. Though knocked out in the season’s second episode, Zepeda fought her way back on the show by defeating numerous ousted contestants in the “Last Chance Kitchen” side competition.

“Being on Top Chef Mexico was one of the wildest experiences of my life. Imagine Survivor, The Amazing Race, and one of those Japanese game shows had a TV baby. Top Chef Colorado was more mind over matter. Thankfully the elevation didn’t affect me since I was still somewhat acclimated to living in Mexico City a few months prior and had gone back five times before competing in Colorado,” explains Zepeda. “Being in a cooking competition isn’t a testament to your cooking abilities as much as your ability to stay focused and keep it simple. While both experiences were 180 degrees from each other, when people ask if I would do it again, my answer remains ‘yes.’ You come out of there a different chef, at least in my experiences.”

While Zepeda didn’t win, she proved herself a dynamic and confident kitchen combatant, while learning adaptability and that “nothing is the end of the world.” She also provided viewers a glimpse of her culinary style, which was developed as a child growing up on both sides of the border. Her first taste of the hospitality industry came at her aunt Lorenza’s restaurant in Guadalajara, and she has spent a great deal of time traveling throughout Mexico in search of indigenous dishes brought to life and preserved by mothers and grandmothers. And now, behind a partnership with Rise & Shine Restaurant Group (known for its Breakfast Republic eateries), she has a brand-new restaurant from which to share those time-tested, authentic delicacies – Liberty Station’s El Jardín. 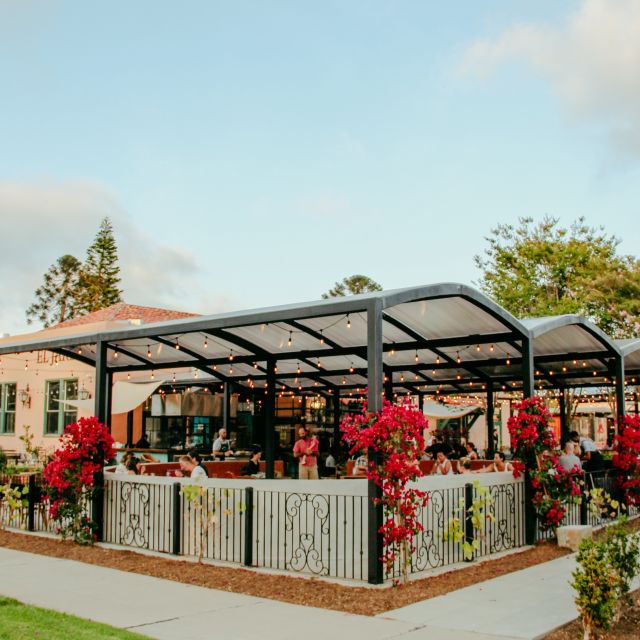 “El Jardín isn’t so much a concept… it’s my life experience, my heritage, and reflects the culinary lineage of regional cuisine in Mexico,” says Zepeda. “El Jardín is a tribute to the matriarchs like my aunt that are preserving that cuisine. It’s my hope that the restaurant will tell the story of these strong women through the dishes I serve our guests.”

Those dishes include “Las Calandrias” enchiladas suizas inspired by her aunt’s restaurant, a Jalisco-style pozole rojo – the recipe for which she has adapted to suit a home kitchen for readers who’d like to try their hands at it – a Sonoran scallop aguachile, and a chicken tamale with pasilla mixe XO sauce. All were inspired by matriarchs in their respective regions. Like its cuisine, the venue’s dining room blends traditional Mexican elements with contemporary flair, leaning on a lovely and impressive edible garden (El Jardín translated to “the garden”). Numerous dishes pull from that focal point.

“This partnership has allowed me to truly express my voice as a chef,” says Zepeda. “We aren’t taking any short cuts. El Jardín is the culmination of years of research, travel, tasting, and refining dishes through that vision and education.”

Like most modern chefs, Zepeda understands that the beverages diners enjoy are every bit as important as the dishes on the bill of fare. As such, her restaurant offers a thoughtful list of wines, craft cocktails (skewing heavily toward tequila) and quality beers from San Diego and Baja. Prime locations to enjoy any of the above include the bar (where bar-only items are available) and the chef’s counter, where a tasting menu is offered that can help you get to know her a little better, too. I can only hope that sweetbreads dessert makes it into the rotation at some point!

Place the chilies in a large bowl and cover with hot water. Cover with plastic wrap and let steep until the chilies are rehydrated and pliable. Set aside.

Heat a skillet over medium-high heat. Add 1 onion and 4 garlic cloves, and char. Remove from heat and transfer to the bowl of a blender or food processor. Add the oregano, avocado leaves, bonito flakes, chilies and some of the water used to rehydrate them. Puree the ingredients into a smooth paste, adding more of the reserved water as needed to reach desired consistency. Season the mixture with salt, then run the paste through a fine-mesh strainer.

Place the pork shoulder, hominy, pig’s feet, remaining onions and garlic, kombu and bay leaves in a 2-gallon stock pot over medium heat. Cover all of the ingredients with water and bring to a boil. Reduce heat to low and stir in the chili paste. Cover and let cook for 4 hours. Transfer the pig’s feet to a cutting board and remove the skin. Thinly slice the skin and place in a separate bowl. Toss the skin with lime juice and set aside. Season the pozole with salt.

To serve, ladle the pozole into bowls and serve with radishes, lettuce, lime wedges, oregano and pig skin on the side.

Place the tomatillos, serrano and poblano chilies, onion and garlic into a saucepan over medium-high heat. Add the water and bring to a boil, reduce heat to medium and simmer until the ingredients are soft, about 10 minutes. Strain the mixture and transfer to the bowl of a blender or food processor. Add the pumpkin and sesame seeds, peppercorns, allspice, cloves and lard. Blend then season the mixture with kosher salt. Preheat oven to 350 degrees Fahrenheit.

Score the turkey breast in a diamond pattern. Season with sea salt and place in an oven-safe pan over medium-high heat. Sear the breast, skin-side down. Cover the pan with foil and transfer to the oven. Cook until the turkey breast has an internal temperature of 165 degrees Fahrenheit, 60 to 80 minutes. (Note: If the temperature is not reached within 80 minutes, continue to check at 15-minute intervals.) Remove from the oven and let rest for 10 minutes.

To serve, warm the pipián sauce in a saucepan over medium heat. Ladle a ½ cup of the sauce in the center of a large plate. Slice the turkey breast on the bias and place the slices directly over the sauce. Garnish with cilantro leaves, pumpkin and sesame seeds 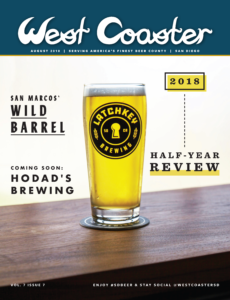