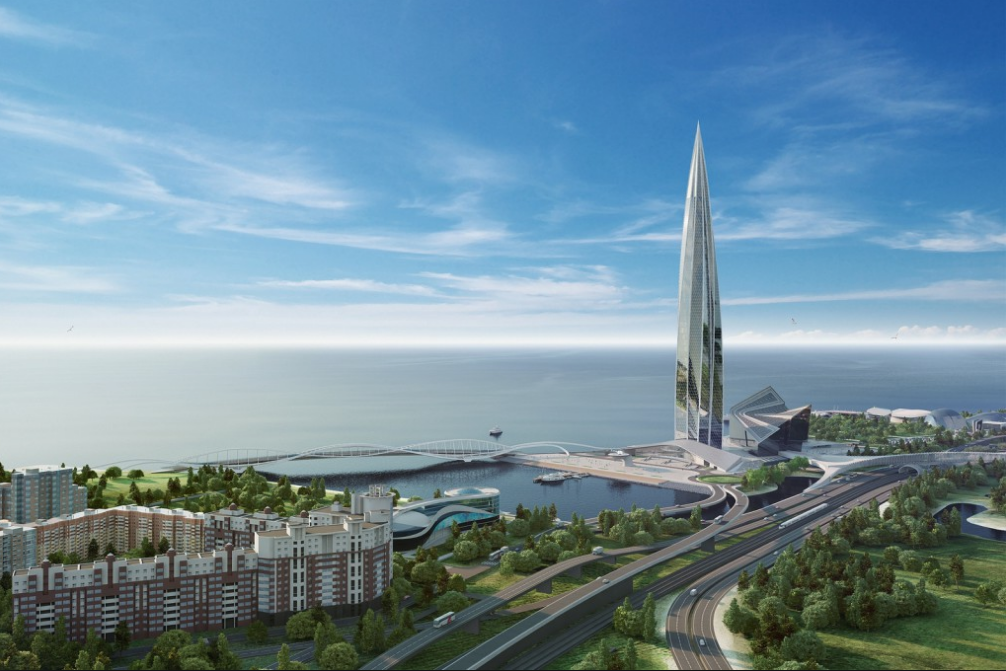 ABOUT THE TOWER.
UK based RMJM architects designed the recently completed the 87-story Lakhta Center, formerly known as the Gazprom Group Headquarters and Business Centre, on a previously undeveloped 17-hectare at Lakhta, St Petersburg.

The Lakhta Center Tower at 1,515 feet (462 meters) occupies a striking position on St Petersburg’s landscape, both for it’s striking ‘barbed’ design and sleek curved façade. Set 12 km from the city centre on the coast of the Gulf of Finland, the Headquarters’ distance from the historic city centre allows it to act as an architectural centrepiece to the Central Business District.

The Tower’s organic ‘spire’ shape symbolises the power of water, while the special glass façade allows the building to change colour depending on the position of the sun, giving the impression of a ‘living object’.

Presently, Lakhta tower is the largest high rise in Europe. 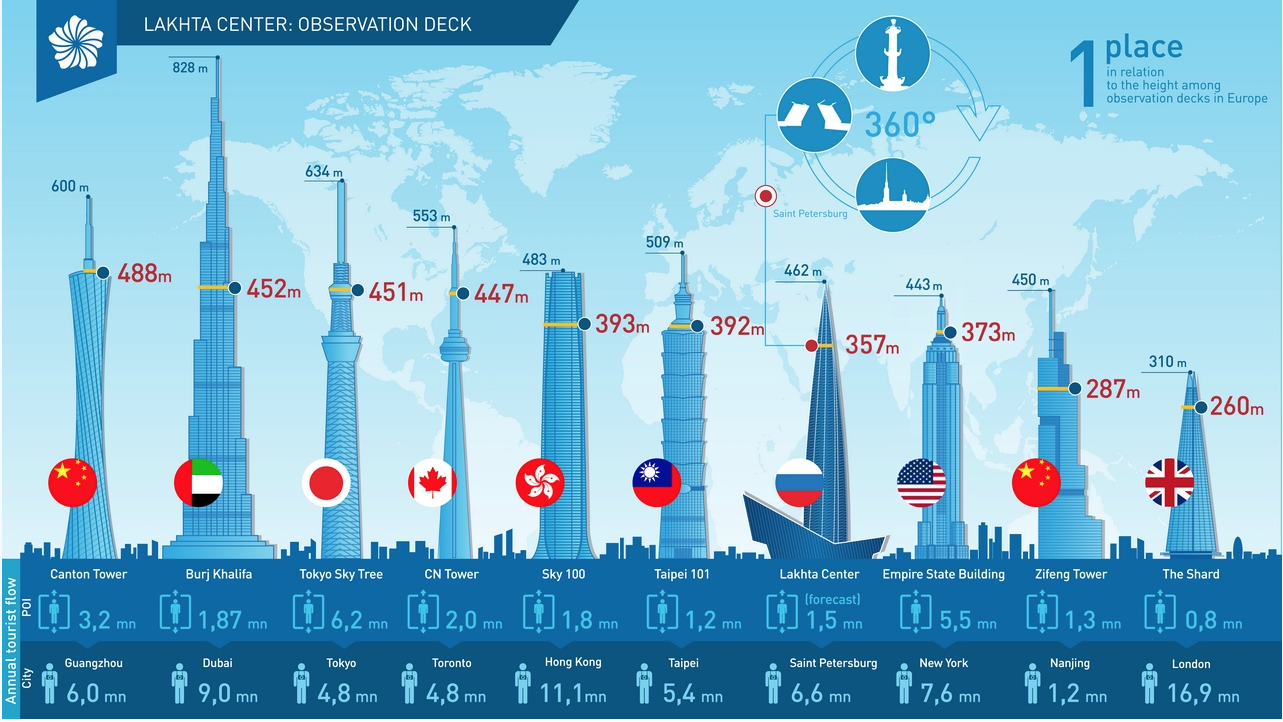