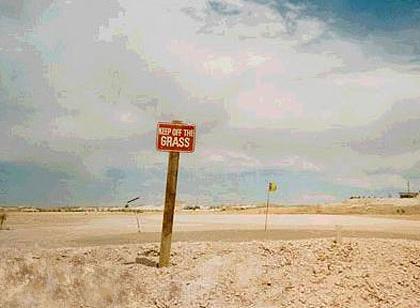 Continuing PillartoPost.org’s new monthly series reflecting the signs of our time or how to cleverly direct the masses one sign at a time.  You’ll notice no captions because the who needs them.