Communal Coffee’s website points out its two mid-city San Diego locations started with the desire to provide excellent craft coffee in a well-designed, welcoming environment that fosters community. Owner Jen Byard used her background in the art and non-profit worlds to pull these three concepts together in their first location in North Park (Texas & University). Jen & John have lived in the community since 2008 with their three sons, Lincoln, Ben & Harrison. 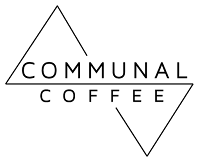 CC collaborates in-house with Native Poppy adds to the community-minded, inclusive atmosphere. Guests can sit across from and watch the creative process behind craft coffee or floral design.

While most of the streets between North and South Park run east to west and are named for trees in alphabetical order, Fern Street is an asphalt anomaly because it runs north to south joining two of San Diego’s most diverse, hip and artistically creative neighborhoods.


Eric Peterson's debut novel, Life as a Sandwich, was a finalist in the San Diego Book Awards. His most recent book, The Dining Car, won the IBPA Benjamin Franklin Gold Award for Popular Fiction, the San Diego Book Award Gold Medal for Best Published Contemporary Fiction, and the Readers’ Favorite Book Award Silver Medal for Literary Fiction. The story follows a former college football star who signs on as a bartender and personal valet to a legendary food writer and social critic who travels the country by private railroad car.