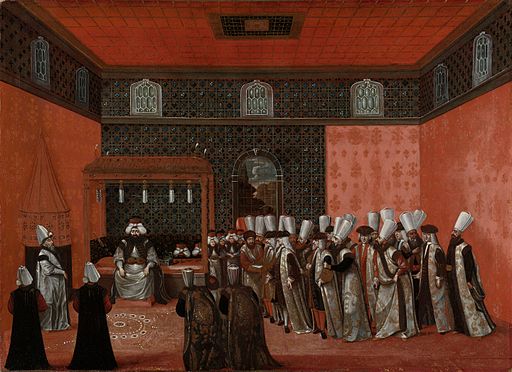 Short Story by Franz Kafka from the public domain.

The Emperor—so they say—has sent a message, directly from his deathbed, to you alone, his pathetic subject, a tiny shadow which has taken refuge at the furthest distance from the imperial sun.

He ordered the herald to kneel down beside his death bed and whispered the message to him. He thought it was so important that he had the herald repeat it back to him. He confirmed the accuracy of the verbal message by nodding his head.

And in front of the entire crowd of those who have come to witness his death—all the obstructing walls have been broken down and all the great ones of his empire are standing in a circle on the broad and high soaring flights of stairs—in front of all of them he dispatched his herald.

ABOUT THE AUTHOR. Franz Kafka [1883 to 1924] was a German-speaking Bohemian novelist and short story writer, widely regarded as one of the major figures of 20th-century literature. His work, which fuses elements of realism and the fantastic, typically features isolated protagonists faced by bizarre or surrealistic predicaments. The term Kafkaesque has entered the English language to describe situations like those in his writing.

The messenger started off at once, a powerful, tireless man. Sticking one arm out and then another, he makes his way through the crowd. If he runs into resistance, he points to his breast where there is a sign of the sun. So he moves forward easily, unlike anyone else. But the crowd is so huge; its dwelling places are infinite.

If there were an open field, how he would fly along, and soon you would hear the marvelous pounding of his fist on your door. But instead of that, how futile are all his efforts. He is still forcing his way through the private rooms of the innermost palace. He will never win his way through.

And if he finally did burst through the outermost door—but that can never, never happen—the royal capital city, the centre of the world, is still there in front of him, piled high and full of sediment. No one pushes his way through here, certainly not with a message from a dead man. But you sit at your window and dream to yourself of that message when evening comes.