SUNDAY REVIEW / THE MORALS OF CHESS

"The Morals of Chess" was first published in The Columbian Magazine in December 1786 and brought to the Internet by American Literature click here.

Playing at Chess, is the most ancient and universal game known among men; for its original is beyond the memory of history, and it has, for numberless ages, been the amusement of all the civilized nations of Asia, the Persians, the Indians, and the Chinese. Europe has had it above 1,000 years; the Spaniards have spread it over their part of America, and it begins lately to make its appearance in these northern states.

It is so interesting in itself, as not to need the view of gain to induce engaging in it; and thence it is never played for money. Those, therefore, who have leisure for such diversions, cannot find one that is more innocent; and the following piece, written with a view to correct (among a few young friends) some little improprieties in the practice of it, shows at the same time that it may, in its effects on the mind, be not merely innocent, but advantageous, to the vanquished as well as to the victor.

The game of Chess is not merely an idle amusement. Several very valuable qualities of the mind, useful in the course of human life, are to be acquired or strengthened by it, so as to become habits, ready on all occasions. For life is a kind of chess, in which we have often points to gain, and competitors or adversaries to contend with, and in which there is a vast variety of good and ill events, that are, in some degree, the effects of prudence or the want of it. 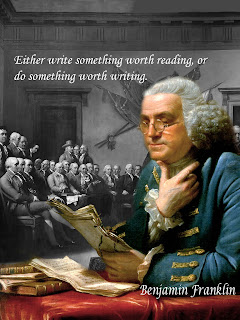 By playing at chess, then, we may learn:

1. Foresight, which looks a little into futurity, and considers the consequences that may attend an action: for it is continually occurring to the player, "If I move this piece, what will be the advantages of my new situation? What use can my adversary make of it to annoy me? What other moves can I make to support it, and to defend myself from his attacks?"

2. Circumspection, which surveys the whole chess-board, or scene of action, the relations of the several pieces and situations, the dangers they are respectively exposed to, the several possibilities of their aiding each other, the probabilities that the opponent may make this or that move, and attack this or the other piece; and what different means can be used to avoid his stroke, or turn its consequences against him.

3. Caution, not to make our moves too hastily. This habit is best acquired by observing strictly the laws of the game, such as, "If you touch a piece, you must move it somewhere; if you set it down, you must let it stand." And it is therefore best that these rules should be observed, as the game thereby becomes more the image of human life, and particularly of war; in which, if you have incautiously put yourself into a bad and dangerous position, you cannot obtain your enemy's leave to withdraw your troops, and place them more securely; but you must abide all the consequences of your rashness.

And lastly, we learn by chess the habit of not being discouraged by present bad appearances in the state of our affairs, the habit of hoping for a favorable change, and that of persevering in the search of resources. The game is so full of events, there is such a variety of turns in it, the fortune of it is so subject to sudden vicissitudes, and one so frequently, after long contemplation, discovers the means of extricating one's self from a supposed insurmountable difficulty, that one is encouraged to continue the contest to the last, in hopes of victory by our own skill, or, at least, of giving a stalemate, by the negligence of our adversary. And whoever considers, what in chess he often sees instances of, that particular pieces of success are apt to produce presumption, and its consequent, inattention, by which more is afterwards lost than was gained by the preceding advantage; while misfortunes produce more care and attention, by which the loss may be recovered, will learn not to be too much discouraged by the present success of his adversary, nor to despair of final good fortune, upon every little check he receives in the pursuit of it.

That we may, therefore, be induced more frequently to choose this beneficial amusement, in preference to others which are not attended with the same advantages, every circumstance, that may increase the pleasure of it, should be regarded; and every action or word that is unfair, disrespectful, or that in any way may give uneasiness, should be avoided, as contrary to the immediate intention of both the players, which is, to pass the time agreeably.

Therefore, 1st. If it is agreed to play according to the strict rules, then those rules are to be exactly observed by both parties; and should not be insisted on for one side, while deviated from by the other: for this is not equitable.

2. If it is agreed not to observe the rules exactly, but one party demands indulgencies, he should then be as willing to allow them to the other.

3. No false move should ever be made to extricate yourself out of a difficulty, or to gain an advantage. There can be no pleasure in playing with a person once detected in such unfair practice.

4. If your adversary is long in playing, you ought not to hurry him, or express any uneasiness at his delay. You should not sing, nor whistle, nor look at your watch, nor take up a book to read, nor make a tapping with your feet on the floor, or with your fingers on the table, nor do any thing that may disturb his attention. For all these things displease. And they do not show your skill in playing, but your craftiness or your rudeness.

5. You ought not to endeavour to amuse and deceive your adversary, by pretending to have made bad moves, and saying you have now lost the game, in order to make him secure and careless, and inattentive to your schemes; for this is fraud, and deceit, not skill in the game.

6. You must not, when you have gained a victory, use any triumphing or insulting expression, nor show too much pleasure; but endeavour to console your adversary, and make him less dissatisfied with himself by every kind and civil expression, that may be used with truth; such as, You understand the game better than I, but you are a little inattentive; or, You play too fast; or, You had the best of the game, but something happened to divert your thoughts, and that turned it in my favour."

7. If you are a spectator, while others play, observe the most perfect silence. For if you give advice, you offend both parties; him, against whom you give it, because it may cause the loss of his game; him, in whose favour you give it; because, tho' it be good, and he follows it, he loses the pleasure he might have had, if you had permitted him to think till it occurred to himself. Even after a move or moves, you must not, by replacing the pieces, show how it might have been played better: for that displeases, and may occasion disputes or doubts about their true situation. All talking to the players, lessens or diverts their attention, and is therefore unpleasing; nor should you give the least hint to either party, by any kind of noise or motion.—If you do, you are unworthy to be a spectator.—If you have a mind to exercise or show your judgment, do it in playing your own game when you have an opportunity, not in criticising or meddling with, or counseling, the play of others.

Lastly. If the game is not to be played rigorously, according to the rules above mentioned, then moderate your desire of victory over your adversary, and be pleased with one over yourself. Snatch not eagerly at every advantage offered by his unskilfulness or inattention; but point out to him kindly that by such a move he places or leaves a piece in danger and unsupported; that by another he will put his king in a dangerous situation, &c. By this generous civility (so opposite to the unfairness above forbidden) you may indeed happen to lose the game to your opponent, but you will win what is better, his esteem, his respect, and his affection; together with the silent approbation and good will of impartial spectators.

MORE ON THE CHESS MATCH WITH LADY HOWE