TEN WEEK PROJECT--Yesterday, Jack in the Box closed its 30th and Upas restaurant after being operational at that site since 1961.  A sign on the fenced in property alerted the public to the nearest Jack in the Box.

Of course, the closure begged the question: what’s going on?

Pillar to Post made a quick call to Jack in the Box spokesman Brian Luscomb provided an equally quick reply:

“Jack in the Box is in the process of remodeling that restaurant. Yesterday (May 28), we closed the restaurant in preparation for demolishing the interior next week. We expect construction will take approximately 10 weeks,” said Luscomb.

North Park residents not in the local planning group loop will note, last year the San Diego Planning Commission denied the company’s application to build a new Jack in the Box restaurant at this location. “At that hearing, the Commission noted that we could proceed with remodeling the existing building, and in the months following that hearing we’ve worked with the City of San Diego on securing all of the necessary permits for the remodel,” said Luscomb.

“Although we’re disappointed that we were unable to proceed with our plans to build a new restaurant and make other improvements to the property, we believe the remodeled restaurant will significantly enhance the property. The locations of the driveways are not changing. Nor is the location and size of the building – meaning we are not demolishing any of the exterior walls.

“When the restaurant re-opens, the hours of operation will be the same, but the interior will be completely different. We’ll be installing our new kitchen, and the restaurant will include all-new furnishings and amenities, including ceramic tile floors, decorative pendant lighting, graphic wall hangings and a mix of seating styles,” said Luscomb.


that operates and franchises more than 2,200 Jack in the Box® restaurants in 21 states. jackinthebox.com 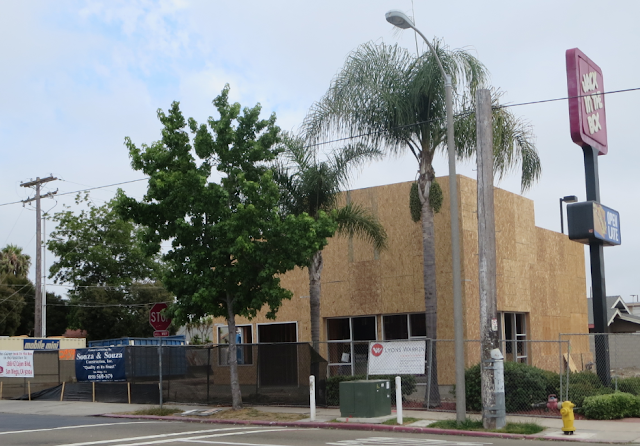 NIGHTHAWKS SITE--One of the most popular items in this blog is “Do-it-yourself-Edward Hopper Gallery,” a tongue in cheek presentation of some of artist Edward Hopper’s work, which is readily available on the Internet.  The point of the blog was if your town doesn’t have an exhibition of your favorite artist, then thanks to the Web you could create your own.

Isenberg’s take is called “The Creative Process Behind Edward Hopper’s Paintings,” and one aspect of the article delves into finding real life locations that might have inspired Hopper.  One of the locations—from a 1914 photo of 11th and Greenwich in Manhattan-- is suggested as the diner in the famed “Nighthawks” painting.

Needless to say, if you are a Hopper aficionado it’s time to book a flight to JFK and before you go the LA Times article is must reading: http://www.latimes.com/entertainment/arts/culture/la-et-cm-hopper-drawing-new-york-exhibit-20130526,0,6206997.story

When Edward and wife Josephine Hopper died in the mid 60s the works in the widow’s possession were bequeathed to the Whitney.

“Hopper Drawing” will be on exhibit through October 3, 2013 at the Whitney, 945 Madison Avenue.
Tourist alert: The museum is closed on Mondays. 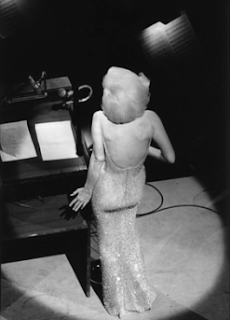 “I can now retire from politics after having had Happy Birthday sung to me in such a sweet wholesome way...”
--President Kennedy

The Internet and YouTube is filled with images of the JFK birthday celebration.  One fascinating take is the following from various TV images:

Credits: “Happy Birthday to You,” co-written by Americans Mildred J. Hill and Patty Smith Hill in 1893.  The song was originally published in “Song Stories for Kindergarten.”
0 comments

IN THE WORKS--One of the more popular postings on this blog was the January 29, 2013 feature on Jonathan Segal’s in the works residential/commercial project at 30th and Upas Streets.  Called The North Parker, we’ve now added an early rendering of the project.  Completion date set for late 2013 and/or early 2014.

EXHIBIT OF CIVIL WAR IN ART AND PHOTOGRAPHS

HONORING GETTYSBURG.  If you’re in New York this summer add to your must see list a major exhibition, “The Civil War and American Art,” which debuts today at the Metropolitan Museum of Art in New York City.  The 60 paintings and 18 photographs in the exhibit were taken between 1852 and 1877.  The exhibit reflects how American artists responded to the Civil War and its aftermath.  Included are outstanding landscapes by Frederic E. Church and Sanford R. Gifford, paintings of life on the battlefront and the home front by Winslow Homer and Eastman Johnson, and photographs by Timothy H. O'Sullivan and George N. Barnard. The exhibition at the Metropolitan coincides with the 150th anniversary of the Battle of Gettysburg (July 1–3, 1863).