After three rounds of competition in two different Italian cities, San Diego's own - Chef Accursio Lotà of Solare Ristorante in Liberty Station - has won the 6th annual installment of Barilla's Pasta World Championship. Congratulations to Chef Accursio, who is pictured below with Paolo Barilla. 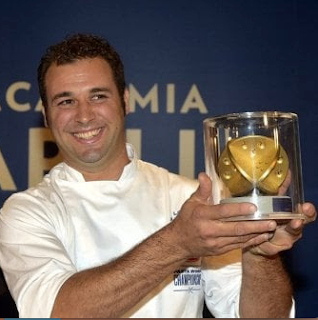 A chef of Sicilian origin, Accursio Lotà won the 6th edition of the Barilla Pasta World Championship with his "Spaghetti alla Carbonara di Mare", paying homage to the Mediterranean flavors and ingredients of where he grew up. After a successful two rounds in the Italian city of Milan, the final was held at Academia Barilla in Parma.

Expect Chef Accursio's winning pasta dish to be a special on the menu at Solare Ristorante, located at 2820 Roosevelt Road within Liberty Station in Point Loma, when he returns next week. For more information, visit solarelounge.com.

BARILLA PASTA MAKERS
Have you ever wondered, how is pasta made? You’re not alone! Pasta is a classic favorite, and the people who make the pasta enjoy it just as much as the people who eat it. Just ask the workers at Barilla’s Pedrignano, Italy facility, the largest pasta factory in the world. It’s not surprising people enjoy working at a place that always smells like pasta!

At Pedrignano, durum wheat is made into the pasta you’ve always enjoyed before it’s dried and boxed. The process mimics the way pasta has always been made, with the factory working like a large home kitchen. The process is both fun and environmentally friendly, with Barilla lowering their carbon emissions and water consumption significantly over the past six years. Read the article for more information about pasta making and the amazing people who make it happen! 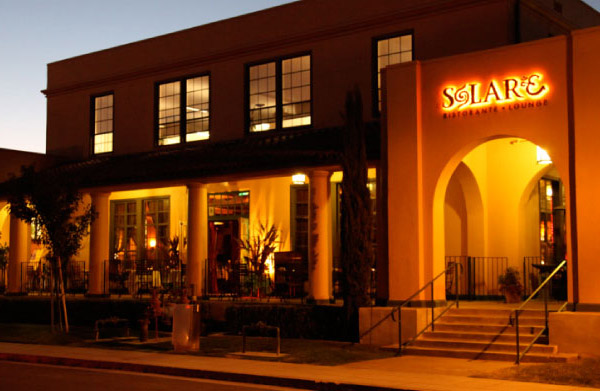 THE BREWSPAPER / QUOTES ABOUT BEER FROM FOREVER

By Thomas Shess, Editor, PillartoPost.org--God’s Plenty (to steal a line from Chaucer) throughout the ages—some famous—some not—have enjoyed beer.  Many have left behind good reasons to love good brew well into the future.

Among the following quotes on the subject the most surprising comes from Martin Luther, the man behind the Protestant Reformation, essentially claimed that those who drink beer get to ease by St. Peter at the pearly gates and find a heavenly bar stool.  To that we say: prost, Skal, a la votre, cheers, salud, Okole maluna, na zdrowie, gan bei, fe sahetek (Egypt)

Abraham Lincoln
“I am a firm believer in the people. If given the truth, they can be depended upon to meet any national crisis. The great point is to bring them the real facts, and beer.”

Anne Sexton
“God has a brown voice, as soft and full as beer.”

Ray Bradbury
“Beer’s intellectual. What a shame so many idiots drink it.”

Charles Bukowski
“Stay with the beer. beer is continuous blood. a continuous lover.”

Stephen King
“A man who lies about beer makes enemies.”

Benjamin Franklin
“Beer is proof that God loves us and wants us to be happy.”

Plato
“He was a wise man who invented beer.”

Franklin Roosevelt
“I think this would be a good time for a beer.”

Martin Luther
“Whoever drinks beer, he is quick to sleep; whoever sleeps long, does not sin; whoever does not sin, enters Heaven! Thus, let us drink beer!”

Winston Churchill
“Most people hate the taste of beer—to begin with. It is, however, a prejudice.”

Thomas Jefferson
“Beer, if drunk in moderation, softens the temper, cheers the spirit and promotes health.”

ALE TO THE CHIEF

Inspired by home brewers from across the country, former President Obama bought a home brewing kit for the White House kitchen. After the few first drafts, the Brewer-in-Chief landed on some great recipes that came from a local brew shop.

“We received some tips from a couple of home brewers who work in the White House who helped us amend it and make it our own. To be honest, we were surprised that the beer turned out so well since none of us had ever brewed beer,” says Obama.

Q: What popular film actress buys her craft beer by the case?
A: Charlize Theron. 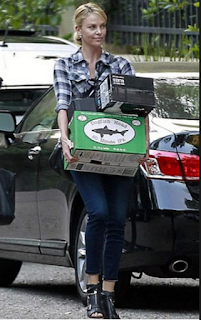 HOW TO SAY CHEERS IN 50 LANGUAGES
https://matadornetwork.com/nights/how-to-say-cheers-in-50-languages/

ONE FOR THE ROAD 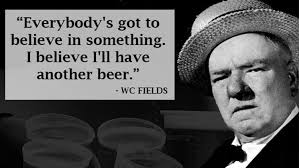