Editor’s note: First appearing in National Geographic in 2011, writer Chip Brown follows the trail of a two millennium old ghost: Cleopatra, the final Pharoah of Egypt.   He details the trials of a young Dominican Republic lawyer/archeologist, who spent much of her prime searching for the ancient queen in a mysterious area near Alexandra called Taposiris Magna. 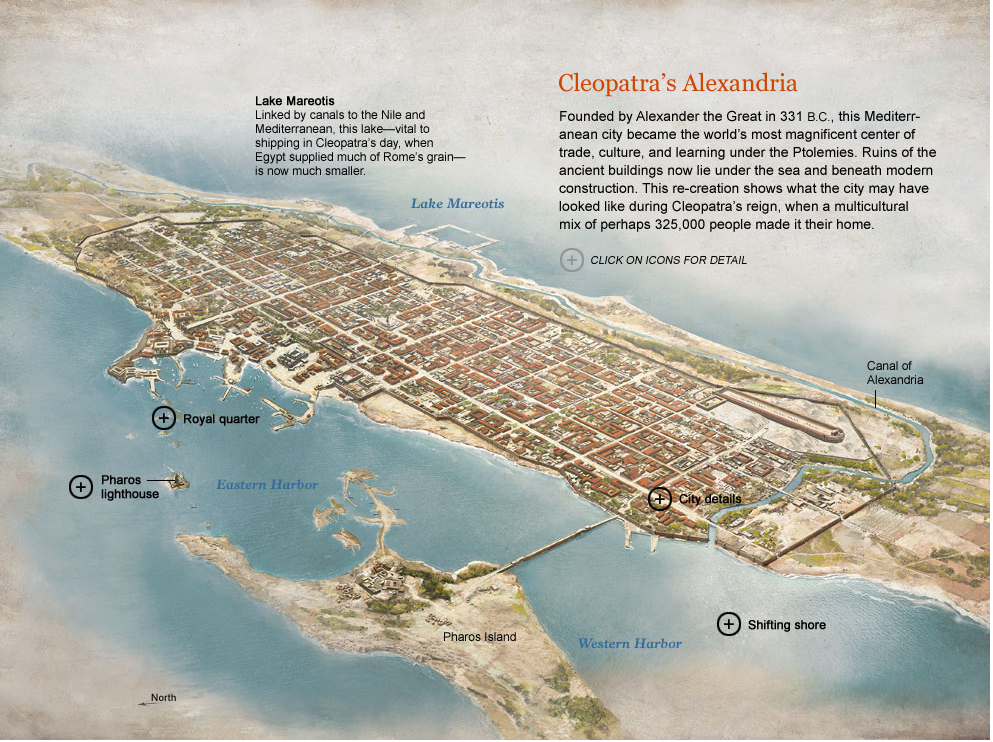 GUEST BLOG / By Chip Brown, writer, National Geographic magazine--
Where, oh where is Cleopatra? She's everywhere, of course—her name immortalized by slot machines, board games, dry cleaners, exotic dancers, and even a Mediterranean pollution-monitoring project. She is orbiting the sun as the asteroid 216 Kleopatra. Her "bath rituals and decadent lifestyle" are credited with inspiring a perfume. Today the woman who ruled as the last pharaoh of Egypt and who is alleged to have tested toxic potions on prisoners is instead poisoning her subjects as the most popular brand of cigarettes in the Middle East.

In the memorable phrase of critic Harold Bloom, she was the "world's first celebrity." If history is a stage,no actress was ever so versatile: royal daughter, royal mother, royal sister from a family that makes the Sopranos look like the Waltons. When not serving as a Rorschach test of male fixations, Cleopatra is an inexhaustible muse. To a recent best-selling biography add—from 1540 to 1905—five ballets, 45 operas, and 77 plays. She starred in at least seven films; an upcoming version are no doubt in the works.

Yet if she is everywhere, Cleopatra is also nowhere, obscured in what biographer Michael Grant called the "fog of fiction and vituperation which has surrounded her personality from her own lifetime onwards." Despite her reputed powers of seduction, there is no reliable depiction of her face. What images do exist are based on unflattering silhouettes on coins. There is an unrevealing 20-foot-tall relief on a temple at Dendera, and museums display a few marble busts, most of which may not even be of Cleopatra. 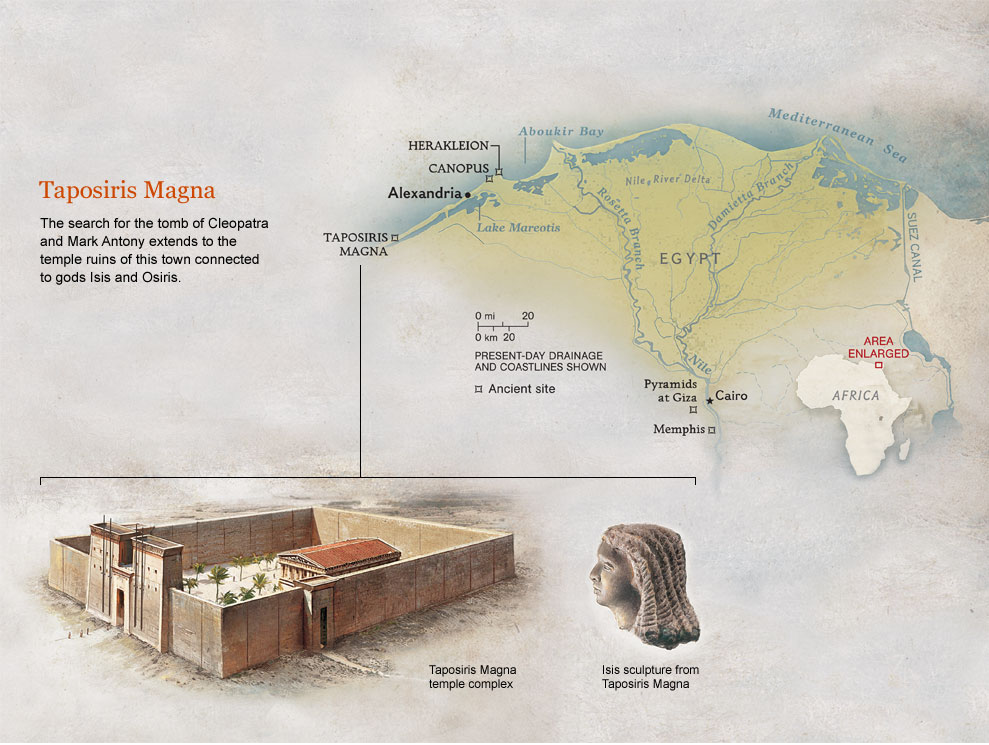