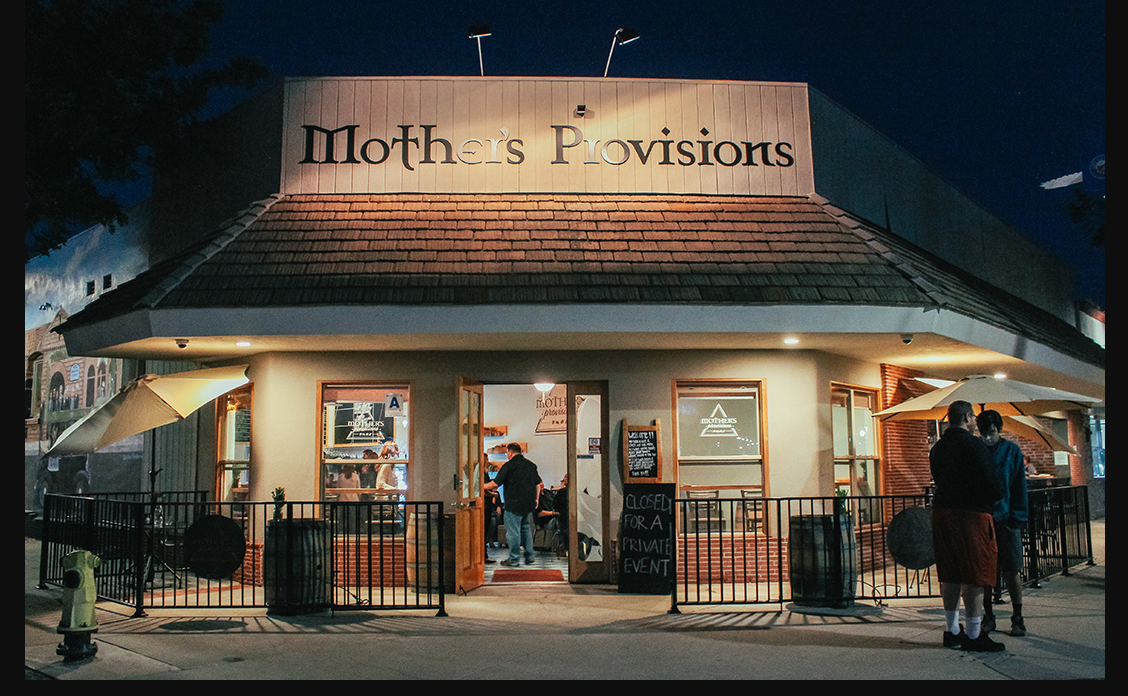 GUEST BLOG / From WestCoasterSD.com--When Mother Earth Brewing Co. opened a satellite taproom in Vista’s downtown Village area in 2012, it installed a homebrew shop on the corner of Main Street and Indiana Avenue. It was fitting, as Mother Earth’s original brewery started as a combination nano-production operation and recreational beer-making supply outlet.

The taproom-adjacent version didn’t quite meet business expectations, so ownership decided to go another direction, gutting and remodeling the space into a hospitality venue offering food and beverages for members of the Finer Things Club, Mother’s Provisions (204 Main Street, Vista).

After roughly a year of construction, a great deal of which was done by the family behind this eight-year-old business (which has grown to include a full-scale brewery in Nampa, Idaho in addition to its Vista brewery campus on Thibodo Road), Mother’s Provisions debuted to the public last weekend. 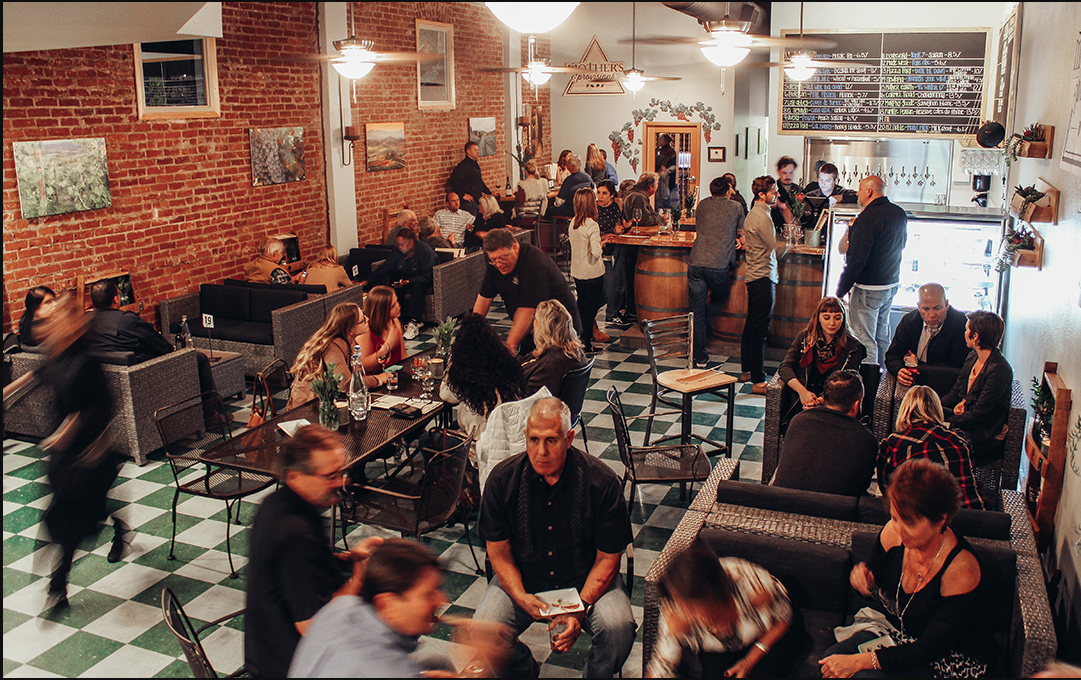 The 2,500-square-foot space is simple and homey, with green checkerboard-tiled floors, exposed brick on one wall, mounted planters on the other with deep-purple grapes here and there. Those oenophilean elements might not work elsewhere but feel at home in Vista’s old-town core where exterior walls feature a plethora of hand-painted artwork.

Those edible offerings can be paired with any of 15 taps’ worth of beers (13 of which are non-Mother Earth guest ales and lagers), three draft wines or up to 20 wines by the glass, 80% of which are regularly rotated.

Additionally, roughly 60 wines are available in a temperature-controlled, stave-roofed room in the venue’s northwest corner featuring a largely California selection interspersed with worldly vintages. Bottles can be opened free-of-charge and consumed on-site or taken home. California law also allows partially-consumed bottles to be recorked and taken off-site for later enjoyment.

In addition to bar, table and cushy chair seating, patrons can go al fresco on a 700-square-foot patio sidling the building’s exterior.