How is the work of The Queen funded? How much does the Royal Family cost the tax payer each year? Does The Queen pay tax – and if not, why not? And do the Crown Jewels and Royal Palaces belong to The Queen?

The Monarchy has sometimes been described as an expensive institution, with Royal finances shrouded in confusion and secrecy. In reality, the Royal Household is committed to ensuring that public money is spent as wisely and efficiently as possible, and to making Royal finances as transparent and comprehensible as possible. 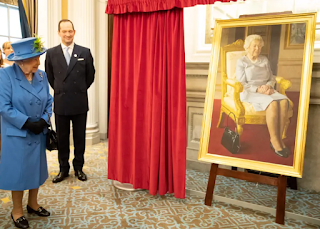 Each year the Royal Household publishes a summary of Head of State expenditure, together with a full report on Royal public finances. These reports can be downloaded from the Media Centre.  Click here.

This section provides an outline of how the work of the Monarchy is funded. It includes information on Head of State expenditure, together with information about other aspects of Royal finances.

On 1 April 2012 the arrangements for the funding of The Queen’s Official Duties changed. The new system of funding, referred to as the ‘Sovereign Grant’, replaces the Civil List and the three Grants-in-Aid (for Royal Travel, Communications and Information, and the Maintenance of the Royal Palaces) with a single, consolidated annual grant.

The Sovereign Grant is designed to be a more permanent arrangement than the old Civil List system, which was reign-specific. Funding for the Sovereign Grant comes from a percentage of the profits of the Crown Estate revenue (initially set at 15%). The grant will be reviewed every five years by the Royal Trustees (the Prime Minister, the Chancellor of the Exchequer and the Keeper of the Privy Purse), and annual financial accounts will continue to be prepared and published by the Keeper of the Privy Purse.

The new system provides for the Royal Household to be subject to the same audit scrutiny as other government expenditure, via the National Audit Office and the Public Accounts Committee.

THE REAL KEEPER OF THE PURSE
The Chancellor of the Exchequer is the government’s chief financial minister and as such is responsible for raising revenue through taxation or borrowing and for controlling public spending. He has overall responsibility for the work of the Treasury.

AMERICAN CONNECTION
Rishi, 39, went to Winchester College and studied Politics, Philosophy and Economics at Oxford University. He was also a Fulbright Scholar at Stanford University (USA) where he studied for his MBA.