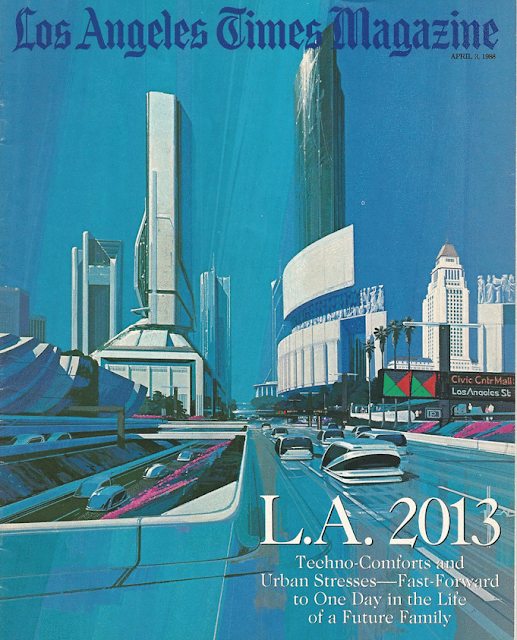 The futuristic illustrations were created by Syd Mead, who was the set designer of the Los Angeles depicted in the science fiction film, "Blade Runner."

Writer was Nicole Yorkin, an LA-based freelancer.  Lots of focus was on Japanese corporate influence, instead of today's China.  The 1988 article was accurate in predicting telecommuting from home and the rise of email.  Also, they were fairly accurate on smart cars, but missed totally on the advent of personal robots.

All in all, it makes for a great article.