THE CRANKY DINER / THE MENACE OF MUSIC 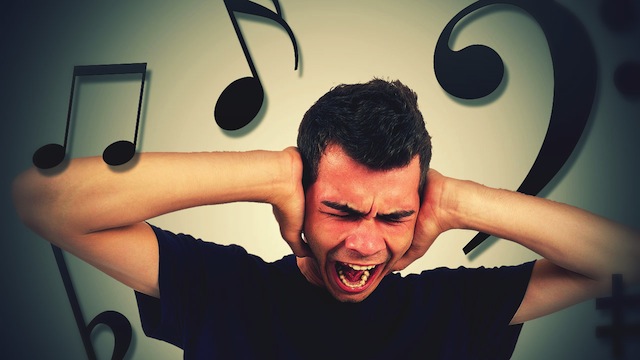 The human animal is growing increasingly barbaric by the day, and I’ve got the evidence to prove it: loud music in upscale restaurants.

Unless you’re the dining room of the Waldorf Astoria New York, and unless you have a string quartet playing Haydn, I don’t want to hear it—not your overamplified jazz or your folksy guitarist imitating the Eagles, or, God forbid, your damn karaoke machine with the amateurs at the microphone, shrieking like cats.

What commonsensical person would patronize such a place?

I’ve stopped frequenting one favorite watering hole because they offer live jazz seven nights a week. My wife and I loved this place when it first arrived on the scene. It was an easy walk from our high-rise condominium in San Diego’s Marina District, its luxuriously appointed, glittering décor made it one of the most welcoming dining destinations in town, the staff was friendly and accommodating, and the bar was blissfully quiet. 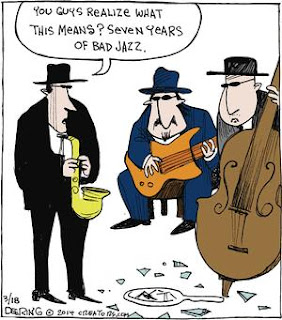 Now I can’t stand the place. Live jazz, seven nights a week! The electronic caterwauling is inescapable, even when one flees to the upstairs dining room. I won’t name the place—it starts with Eddie and ends with V—but it has me scratching my head: Does management really not understand what a menace this preposterously deafening music represents, and how it drives people away?

We all know this instinctively: Loud music in an upscale restaurant conveniently shields legions of well-heeled halfwits from engaging in meaningful social interaction the way gin and tonics once shielded British officers from malaria. The sad fact is, the level of socio-functional illiteracy in our society is alarmingly high. People simply don’t know how to talk to one another.

These days, for far too many, a night on the town is a summons for an assault on the senses. We’ve all been there: Music blasts. Drink orders are shouted at the nearest bartender, who can’t hear. Patrons are reduced to pointing stupidly to some inane craft cocktail listed on the gimmicky bar menu.
Meanwhile, the guests at the tables have their noses planted firmly in their iPhones, checking their latest Facebook feed and tabulating likes and follows on their Instagram app.

For legions of dolts giving wide berth to all things serious and noble—like good conversation in a quiet chophouse, where you can still get a properly portioned meal—food in one of these raucous rathskellers is likely to be an afterthought.

Dinner might consist of three share plates of goat-cheese balls, baked shishito peppers, and a beet-carrot éclair, after which everyone files home to turn on their 60” flat-screen TV and catch the latest episode of “Real Housewives of New Jersey” (Google it—it actually exists!).

I guarantee you—Lucius Beebe is spinning in his grave. (Google that name, too.)

To this day, my inclination toward seasickness as a boy makes me reluctant, as a grown man, to board a boat, unless it’s the Queen Mary 2 making a Transatlantic Crossing, which is preferable to flying. Similarly, my revulsion for loud music makes it impossible for me to attend a rock concert. Had my wife, Teresa, a lifelong lover of music, known what a stodgy curmudgeon I’d become with respect to rock and roll, she’d have married Glen Frey instead.

Call me hypersensitive, but sitting in a bleacher seat for three hours is disconcerting enough.  Having people standing all around me, singing lyrics at the tops of their lungs, leaves me with the urge to stick my head in an oven and turn up the gas.

I put this out there, gratis, to the music industry: Here’s the perfect rock concert. Your famous band plays one song, preferably their most popular hit. Then they take a 60-minute break, during which time a battalion of servers circulates through the crowd, bearing trays of cut crystal flutes brimming with Veuve Clicquot, weighty tumblers of Johnnie Walker Blue, and foie gras canapés. In this quiet interlude, the audience engages in conversation about art, literature, architecture, the best hotels of the world, and the most desirous destination parks for class “A” motorhomes.

The band returns for one last song—their second biggest hit, a tune with which we’re all somewhat familiar. The audience neither stands nor sings. After this, the band leaves the stage, and there is no curtain call. The battalion of servers returns, though, offering more champagne and scotch. Cigars have supplanted the trays of foie gras. Throughout the venue, restrooms are pristine and easily accessed. 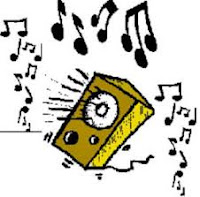 The cost for a ticket to this concert would be $3.98—about what you’d pay to purchase the same two songs on iTunes.

Make it Conway Twitty, if you would, or John Denver, and keep the speaker volumes at tolerable levels. Now that’s a concert I might be inclined to attend.

After a quiet dinner, of course.


ABOUT THE AUTHOR: Eric Peterson is the author of The Dining Car a contemporary novel about a former college football player who enlists as bartender and personal valet to a curmudgeonly food writer and social critic who travels the country by private railroad car.