MEDIA MONDAY / NUNES MEMO TURNS OUT TO BE A COMPLETE WASTE 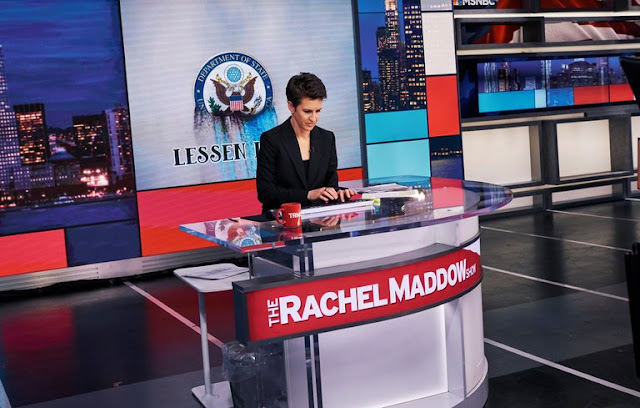 Editor’s Note:  When it comes to clarity, it is the opinion of this blog that MSNBC, especially led by Rachel Maddow and MSNBC investigators and writers present a more easily understood reportage of the complex issues being raised every day by a totally incompetent White House.  Click here for the MaddowBlog.  Also, please note (at end of this blog) a link to Rolling Stone’s interview headlined:  “How America's wonkiest anchor cut through the chaos of the Trump administration and became the most trusted name in news."  The following re-post is a fine example of the MSNBC news team at its best.

GUEST BLOG / By Steve Benen, MSNBC reporter--It wasn’t long ago that some of the rabid voices in Republican politics had exceedingly high hopes for the so-called “Nunes memo.” The document, prepared by House Intelligence Committee Chairman Devin Nunes (R-Calif.) and his staff, was one of the most hyped reports in recent memory, which proved to be rather embarrassing when it proved to be utterly pointless.

The problem was painfully obvious: the memo set out to prove a handful of partisan points, intended to help Donald Trump, and it failed spectacularly. In fact, instead of advancing the White House’s interests, Nunes created a setback for his presidential ally, leaving the GOP worse off than it was before the previously classified materials were released to the public.

It quickly became clear that the memo had effectively discredited itself. What we didn’t know was that the Democratic rebuttal to Nunes’ document, would make Republicans look even worse.

Democrats on the House Intelligence Committee released a long-awaited and freshly declassified rebuttal Saturday to Republican claims that federal officials abused the process for obtaining warrants to eavesdrop on Carter Page, a former campaign aide to President Donald Trump who had Russian contacts.

The 10-page memo offers insight into one of the most secretive processes in government, directly quoting from the text of a secret surveillance warrant application to show that the Justice Department had disclosed that some evidence sprang from political opposition research intended to discredit a political campaign, contradicting a key GOP claim.

The entire document, organized by House Intelligence Committee Ranking Member Adam Schiff (D-Calif.) and his colleagues, is online here, and it’s worth your time – because it does more than just debunk the Republican memo that was clearly a dumb mistake.

Consider some of the topline revelations:

* Nunes and proponents of his memo desperately wanted the public to believe that Christopher Steele’s dossier was integral to securing court approval for surveillance of Carter Page, a suspected foreign agent who advised Donald Trump on foreign policy matters. The Democratic report makes clear this argument is plainly untrue.

* One of the key Republican talking points in recent months has been that judges weren’t notified of Steele’s political motivations. The Nunes memo manages to debunk itself on this detail, but the Schiff report goes into more detail.

* We don’t yet know what surveillance of Carter Page turned up, but according to the Dems’ memo, the surveillance allowed FBI officials to “collect valuable intelligence.” I don’t remember seeing this detail before.

* A New York Times analysis of the Democratic report highlighted the fact that the Republican document alleged that a Yahoo News article was improperly used to corroborate claims raised by the Steele dossier. Schiff’s memo makes clear that the Justice Department “referred to the Yahoo News article – as well as another one the Republican memo failed to mention – ‘not to provide separate corroboration for Steele’s reporting, but instead to inform the court of Page’s public denial of his suspected meetings in Moscow.’”

* While Trump insists that the Steele dossier has been discredited, the Democratic report points out that the Justice Department investigation led to evidence that “corroborated” at least some of Steele’s findings.

* We now know the Justice Department’s investigation into the Trump campaign’s Russia ties began on July 31, 2016, and it was instigated by George Papadopoulos’ efforts, not the Steele dossier.

* While Nunes and the GOP have tried to make the case that there was a partisan conspiracy against Trump and his political operations, four judges played a role in approving surveillance – and all four of the jurists were appointed by Republican presidents.

* At least four individuals linked to the Trump campaign were the subjects of FBI scrutiny before Election Day, which makes the Republican operation look just a little worse.

Was there anything of value in the GOP’s Nunes memo that has withstood scrutiny and assists the scandal-plagued president? No. It’s a 100%-0% rout. Indeed, it’s pretty easy at this point to make the case that the chairman of the House Intelligence Committee, in service to the White House, took deliberate steps to mislead the American public with his now-shredded document.

It’s probably why the White House initially balked at the Schiff memo, before delaying its release until a Saturday night during the Olympics.

* Postscript: For his part, Donald Trump thought it’d be a good idea to comment on the Dems’ memo on Saturday night: “The Democrat [sic] memo response on government surveillance abuses is a total political and legal BUST. Just confirms all of the terrible things that were done. SO ILLEGAL!”

In other words, our confused amateur president still chooses to believe, reality be damned, that the Justice Department and intelligence agencies did “terrible” and “illegal” things, even though the evidence now makes it painfully clear that the opposite is true.

We’re left to wonder whether Trump read the Schiff document, but struggled to understand it, or popped off on the memo by simply guessing at what he hoped it might say. 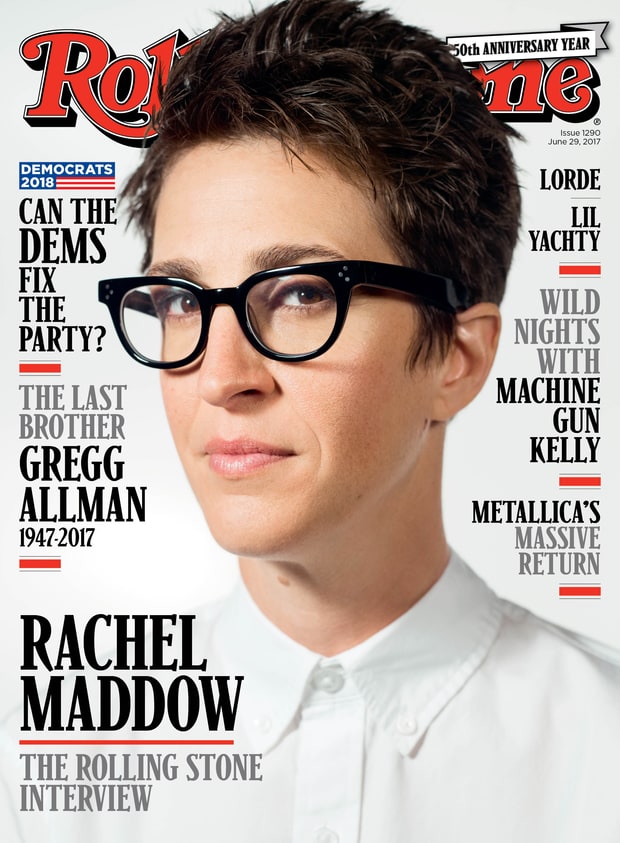 Rolling Stone: “How America's wonkiest anchor cut through the chaos of the Trump administration and became the most trusted name in news.”