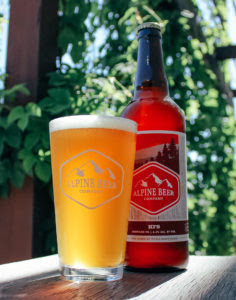 Best IPA: Alpine HFS
The abbreviation stands for “Holy *ucking *hit”, which is an understandable reaction upon tasting this outstanding example of a local IPA. From Alpine’s head brewer Shawn McIlhenney, this is “the beer that named itself,” he continues: “We got exactly what we wanted out of the beer: huge hop aroma, light body, and immense drinkability.” Winner of a 2016 bronze medal at the Great American Beer Festival in the American-style strong pale ale category, we recommend hunting this tasty hop treat down and trying it for yourself to see why it’s our reader’s choice for the Best IPA in the land of 1000 IPAs. 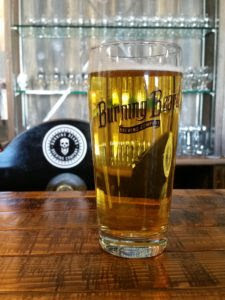 Best Lager: Normcore by Burning Beard
You can’t hide in a Pilsner. Any off-flavors or flaws will be revealed in the style’s subtle profile; it’s a tough beer to make. Burning Beard knocked it out of the park with Normcore Pils, which wouldn’t be out of place on a tap-in Plzeň. The East County beer scene really started to come together when the ‘Beard came around and started producing such quality brews as this.

March | Beer to the Rescue Fundraisers: As part of a year-long campaign benefiting locals living with lupus, Gordon Biersch will hold a release party for a Mexican lager brewed with Thr3e Punk Ales Brewing, complete with a taco bar, live band and piñatas on June 1. On March 28, Pariah Brewing will release This Is New IPA, and on March 29, North Park Beer Co. will tap a specialty cask, with portions of proceeds from both beers going to the Lupus Foundation of Southern California. | Various Locations, All Events Start at 5 p.m.

March 4 | Renaissance: Epic tap lists and next-level ale-and-lager free-for-alls are nothing new for Churchill’s Pub, but this venerable North County beer bastion sets aside one day each year to really go all out. Tons of rare beers, including some brewed just for the occasion, will be on tap, and bottles of whale pod leader Churchill’s Finest Hour imperial stout will be for sale. | Churchill’s Pub & Grille, 887 W. San Marcos Boulevard, San Marcos, 11 a.m

March 10 | SD Homebrew Festival & Competition: The richness of San Diego’s commercial beer and brewing scene is a result of the county’s vibrant, thriving and always-evolving homebrew culture, something celebrated via more than 35 homebrewed beers at this festival devoted to the recreational—yet very serious—pursuit of the beer-making sciences. | The Observatory, 2891 University Avenue, North Park, 12 p.m