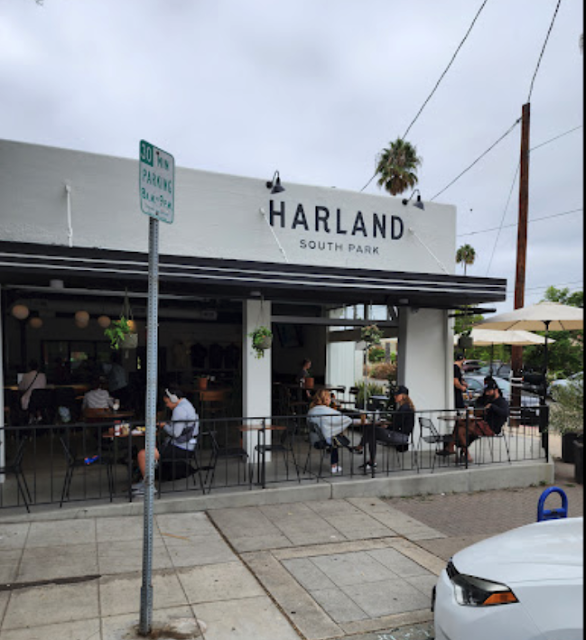 The first time I noticed a new business was going into what had been Glenn's Market in the historic South Park 'nood of San Diego was when I saw garage-style doors created along those street-facing facades.   I figured it would be a restaurant by the looks.

I asked a neighbor about the old Glenn's space.  I was told it was going to be a brew pub.

A week later, a colleague living close by asked me to lunch.  I suggested the new brew pub on Beech near 30th.

He replied: "yeah, I saw it.  Harland's is a pizza, salad and beer place."

Still curious we agreed to go there because pizza sounded good and a salad, too.

We arrived early for lunch and I managed to corral the last outside-facing table.  The garage doors drawn up showed off that the new Harland establishment was more spacious than the usual storefronts along that stretch of Beech.

The place was packed.  Harland's is one of those read the menu, order at the coffee bar and a staffer will runner your order to the table.

We discovered Harland's was a coffee shop along the east wall; a pub with a nice sized bar on the south wall that shared space with a small corner selling corporate ego.  Harland t-shirts, caps and other bell's and whistles.  The rest of the floor space was devoted to those omnipresent squatters that bring their computer to the coffee house.  Maybe they order a coffee.  Harland's figured that out by having plenty of tables and high table seating to go around.

The millennial generation restaurateur now has guests ordering at the front desk, which is basically eliminating the waiter/ess.  Communal sharing to help defray costs for the owners.  Did Harland's pass the savings on to customers by having no wait staff.  The menu was reasonable. 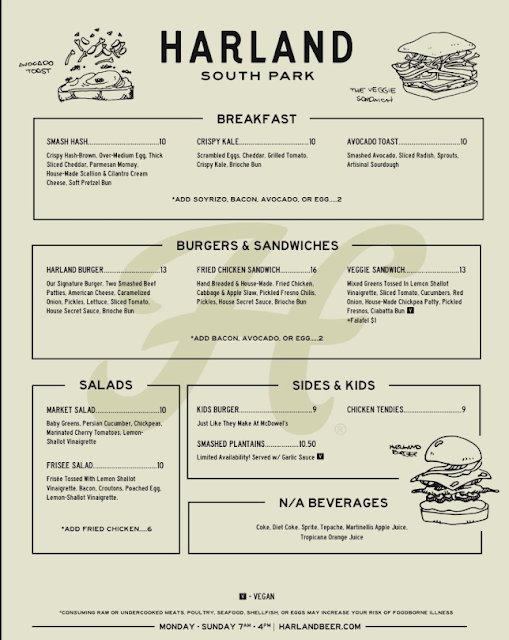 We ordered the best restaurant burger I've had in San Diego and for $13 I'd order it again.   The efficient food runners brought our order quickly.  Burgers came with fries that curled side to side and or a big salad.  The fries were tasty.   The two-pattie burger with lettuce, pickle, American cheese, caramelized onion and a big slice of tomato filled on a Brioche bun filled me up.

Despite rumors that the place was beer friendly.  No beer was available the day I was there.  They haven't got the brew pub part going--yet.  And despite earlier rumors no pizza either.

I'm going back for the Harland burger, especially if the brewmaster can concoct a rootbeer for the non-alcohol crowd.  But mine is a very minority request; they will do fine in South Park as they have at other locations in San Diego.  They're in it for the beer.  I'm just delighted they brew great coffee, too. 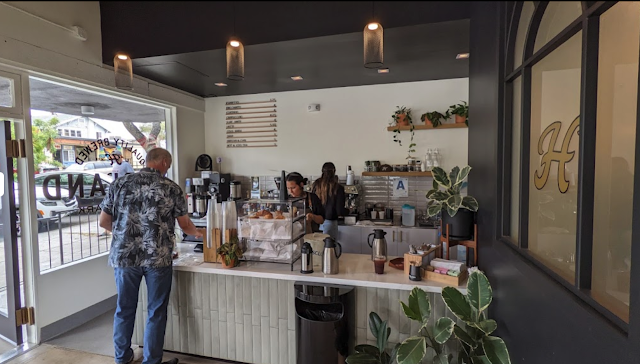 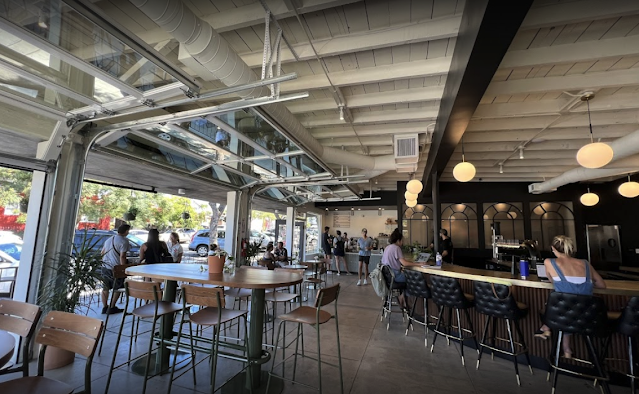