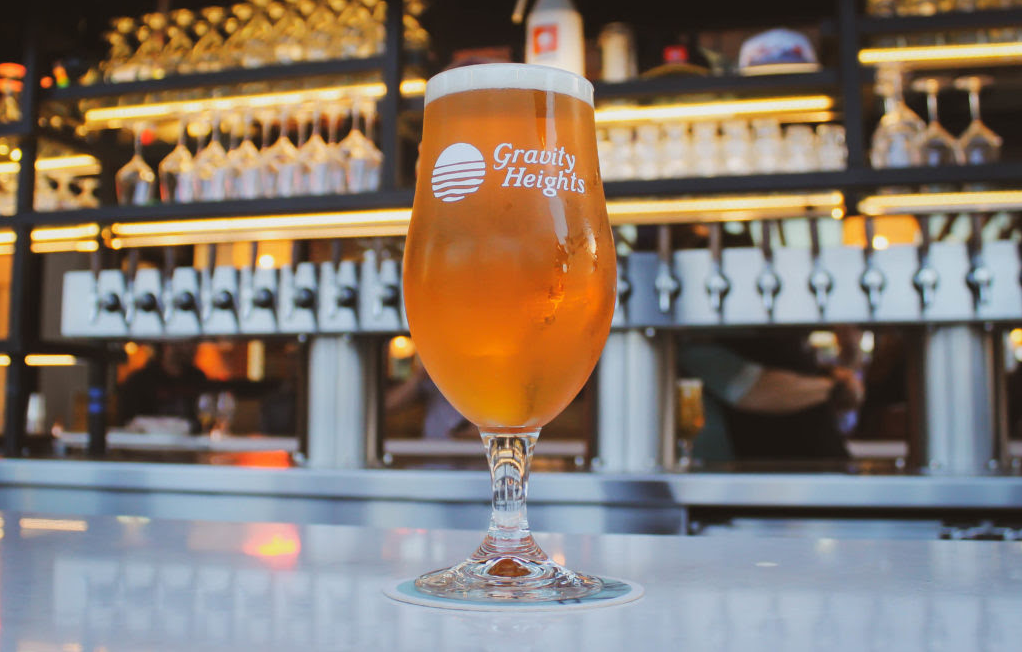 GUEST BLOG / By Brandon Hernandez, Senior Editor, West Coaster Beverage News, San Diego--The NFL’s championship game isn’t the only super-sized thing about this weekend, or even this time of year.

Thanks to the innovation of Vinnie Cilurzo, owner of Santa Rosa’s Russian River Brewing and the brew mastermind behind an imperial IPA dubbed “Pliny the Younger” come February, professional brewers bring out their biggest, lupulin-loaded artillery — high-octane, hop-driven brews known as “triple IPAs.”

Defined as IPAs coming in at or above 10% alcohol-by-volume (ABV), they are challenging to get right. It’s not simply a matter of adding lots more grain and seemingly stupid amounts of hops. It takes skill and, even then, what went into a fermenter with the greatest of promise (sometimes Golden Promise) can fail to realize its potential.

For example locally, a high-caliber triple IPA from Sorrento Valley’s Gravity Heights, is something to be appreciated… and sipped. While pronounced citrus, tropical, and stone fruit flavors can up perceived drinkability, it’s important to remember that these beers are behemoths and will knock you down if guzzled with reckless abandon. Even at 10.4% ABV, One More Trip finishes particularly dry for this sometimes-sweet style, so pace yourself. It should be easy enough seated amid this indoor-outdoor brewpub’s stylish environs. The first chance to do so will be during Gravity Heights’ one-year anniversary festivities, which will take place on Super Bowl Sunday and see the business take over its entire front parking lot for increased sports and suds-inspired revelry.

Skip Virgilio, Brewmaster, Gravity Heights: “San Diego has long-been known for hoppy beers. This is embodied by the classic ‘West Coast’ IPA, a style known for its simple malt characteristics, which allow the hop-derived citrus, pine, floral, and fruit flavors and bitterness to dominate on the palate.

Single IPAs, which have dominated craft beer sales for years, are typically clean, crisp, and easy-drinking, however, brewers always like to push the envelope, so IPAs have evolved over time to include a stronger subset with even more hop presence and strength. The ‘double’ IPA is a stronger, danker, and more complex version of its lighter counterpart. But why stop there?

The ‘triple’ IPA style represents the richest, hoppiest, and most intense example of an IPA. This style was made famous by Russian River Brewing’s Pliny the Younger in the mid-2000s. Each February, countless fans line up for hours prior to its release. Other breweries have since taken notice and look to this time of year—following the holiday chaos but still in the throes of the winter season—to release their strongest and most robust triple IPAs.

Our team has been looking forward to brewing a triple IPA since we opened, and are proud to present our first-ever IIIPA to celebrate our one-year anniversary. One More Trip will join our family of hoppy beers on Super Bowl Sunday. It is an extremely crisp, dry IPA overloaded with Ekuanot, Citra, and Azacca hops, which exude aromas of dank tropical fruit, fresh citrus, and berries. There are few things in craft beer more anticipated than what triple IPA season delivers, so we are excited to share this amazing new beer with all our friends and guests!” 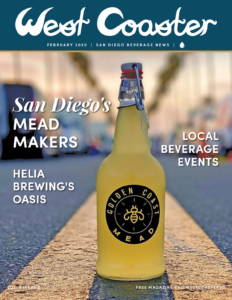