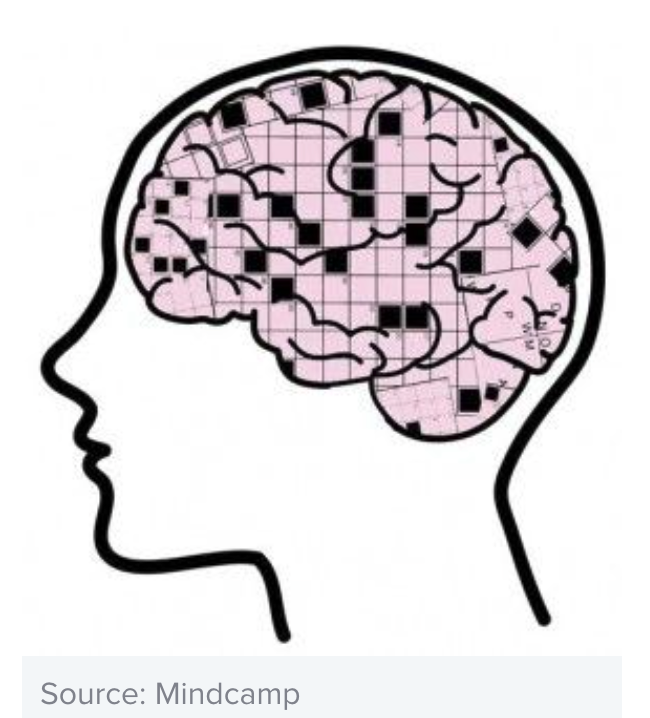 GUEST BLOG / By Teddy Amendabar, Washington Post--For years, scientists have been trying to figure out whether “brain workouts” such as puzzles and online cognitive games could strengthen our minds and slow the process of aging.

Now, a study published in NEJM Evidence has found that regularly attempting a crossword may help slow decline in some people with mild cognitive impairment, an early stage of faltering memory that can sometimes progress to dementia.

While the study didn’t investigate whether crosswords benefit younger adults who are not dealing with cognitive decline, it suggests that keeping your mind active as you age may benefit your brain. And the research offers hope to those diagnosed with mild cognitive impairment that they may be able to stave off further declines in the memory, language problems and decision-making that are the hallmark of the condition.

The research, which was funded by the National Institute on Aging, recruited 107 adults ages 55 to 95 with mild cognitive impairment. For 12 weeks, they were all asked to play one of two types of games, four times a week — spending either 30 minutes on Lumosity, a popular cognitive training platform, or 30 minutes attempting a digital crossword. After 12 weeks, the participants were reevaluated and given “booster” doses of game play six more times during the 78-week experiment.

By the end of the study, participants were given standard assessments used to measure cognitive decline, and friends and family reported on their day-to-day functioning. MRI scans also were used to measure brain volume changes. Researchers found that in key measurements — cognitive decline scores, functional skills and brain volume changes — the regular crossword players fared better than the game players.

The finding surprised the scientists behind the study who had expected that challenging web-based brain games, which were specifically designed to boost cognitive function, would offer the most benefit.

“Our study shows fairly conclusively that in people with mild cognitive impairment, crossword puzzles beat the computerized games on multiple metrics,” said Murali Doraiswamy, a professor at Duke University and a co-author of the study. “So, if you have mild cognitive impairment, which is different from normal aging, then the recommendation would be to keep your brain active with crossword puzzles.”

People with higher degrees of cognitive impairment appeared to benefit the most from doing the crossword, which was designed to be a moderately difficult puzzle comparable to the New York Times Thursday game.

The study has limitations. Some of the participants may have just been more familiar with crosswords and that’s why they responded better to the puzzles than to Lumosity’s computer games. More years of follow-up also are needed to determine whether interventions such as crossword puzzles can “truly prevent dementia,” Doraiswamy said.

“We’ve known for almost 30, 40 years that keeping yourself mentally active is really important,” Doraiswamy said. “But we’ve not really translated that into an intervention that is a medical-grade intervention.”

D.P. Devanand, a professor at Columbia University and the lead researcher on the study, said the finding needs to be replicated in a larger study with more participants and a control group that isn’t playing any game.

“We can’t say beyond a certain point why people do better on crosswords, but it does suggest that doing crosswords helps you,” Devanand said.

Doraiswamy said he hopes future studies can build off the findings to investigate the optimal level of difficulty and time spent solving puzzles for people with mild cognitive impairment.

Some researchers remained skeptical. Zach Hambrick, a professor of cognition and neuroscience at Michigan State University, said the study doesn’t investigate why the crossword might offer more benefit than a computer game.

In 1999, Hambrick co-authored a study that found no evidence to suggest that people who solve crossword puzzles more than twice a week had less cognitive decline.

Lumos Labs, the company behind the computer games in the experiment, provided access to both the crossword puzzles and their suite of games but was not involved in the design or publication of the study. Doraiswamy is a consultant to Lumos Labs.

Laurie Ryan, the chief of clinical interventions at the National Institute on Aging, said the agency funded the research because it’s important to find treatments that reduce the risk for Alzheimer’s disease and other types of dementia.

“We’re likely going to need multiple interventions for different people,” Ryan said. “We’re trying to fund as many things as we can.”

Most researchers agree that keeping both your body and your mind active as you age probably benefits your brain. Ronald C. Petersen, the director of the Mayo Clinic’s Alzheimer’s Disease Research Center, said that in addition to regular exercise, he recommends that patients spend time on challenging intellectual tasks such as watching a documentary or attending a lecture.

Look for activities that “bring you out of your comfort zone,” said Sylvie Belleville, a professor of neuropsychology at the University of Montreal. Try out different “stimulating” tasks or increase the difficulty of a certain task over time. “If you’re very good at crossword puzzles and you keep doing only that, you’re still in your zone of comfort and you don’t adopt new strategies, new brain networks,” Belleville said.