The plan was to head over to Deville's on Seymour Street for a cortado. Too bad Deville's was closed for the day, but as the video shows Steamworks Brewing is just across the intersection. Serendipities can have serendipities.

That brings us to the video. What's with the snow? Many, especially to those living in Buffalo, New York at this time of the year are wondering what’s new about posting an evening walk through a gentle snow fall in an downtown setting.

If you’ve grown up in San Diego it is very safe to say snow has never fallen with such regularity as shown in the following video. Don’t rush any time soon to Broadway and Pacific Coast Highway in Downtown San Diego to see snow coming down. That’s the allure of real snow, especially as it drifts down in one of the West’s truly beautiful urban settings. It was filmed November 7, 2022.

Yes, it's a big meh if you happen to be stuck in a blizzard. 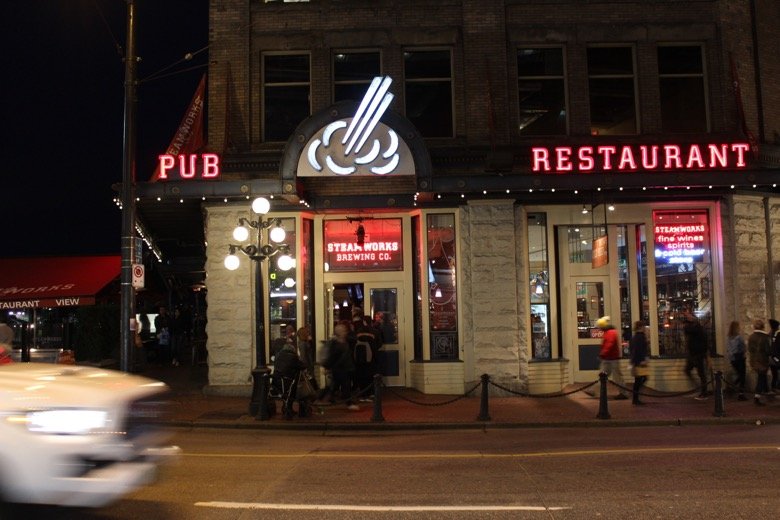