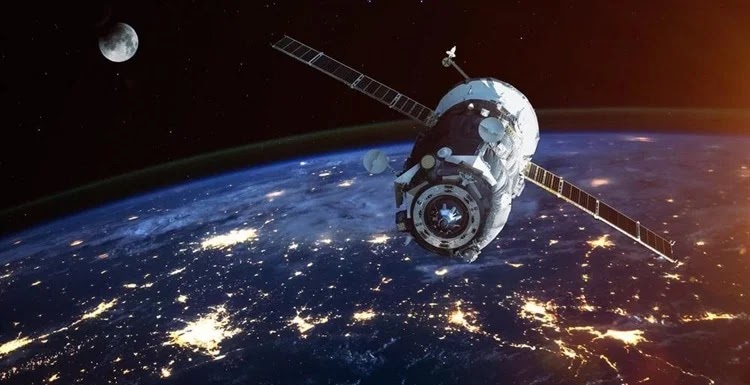 When scientists and engineers want to send commands to a spacecraft in deep space, they turn to the Deep Space Network, NASA’s international array of giant radio antennas used to communicate with spacecraft at the Moon and beyond.

Operators at the Deep Space Network take commands, break them into digital bits, precisely aim these big antennas at the spacecraft, and send the commands to the spacecraft using radio waves.

The antennas of NASA’s Deep Space Network are the indispensable link to robotic explorers venturing beyond Earth. They provide the crucial connection for commanding our spacecraft and receiving their never-before-seen images and scientific information on Earth, propelling our understanding of the universe, our solar system and ultimately, our place within it.

Managed by NASA’s Jet Propulsion Laboratory for the Space Communications and Navigation (SCaN) Program, based at NASA Headquarters within the Space Operations Mission Directorate, the Deep Space Network is what enables missions to track, send commands to, and receive scientific data from faraway spacecraft.

Goldstone is one of three complexes around the world known as the Deep Space Network (DSN) established to provide the ability to communicate with spacecraft; not only in orbit around the earth, but also in the farther reaches of our solar system.

The Madrid Deep Space Communications Complex (MDSCC), in Spanish and officially Complejo de Comunicaciones de Espacio Profundo de Madrid, is a satellite ground station located in the small town of Robledo de Chavela, Spain, and operated by the Instituto Nacional de Técnica Aeroespacial (INTA). Part of the Deep Space Network (DSN) of NASA's Jet Propulsion Laboratory (JPL), along with its two sister stations at Goldstone, California and Canberra, Australia it is used for tracking and communicating with NASA's spacecraft, particularly interplanetary missions. The DSN and the Near Space Network (NSN) are services of the NASA Space Communications and Navigation program (SCaN).

The Canberra Deep Space Communication Complex (CDSCC) is a satellite communication station, part of the Deep Space Network of NASA's Jet Propulsion Laboratory (JPL), located at Tidbinbilla in the Australian Capital Territory. Opened in 1965, the complex was used for tracking the Apollo Lunar Module, and along with its two sister stations at Goldstone, California and Madrid, Spain is now used for tracking and communicating with NASA's spacecraft, particularly interplanetary missions.  It is managed in Australia by the Commonwealth Scientific and Industrial Research Organisation (CSIRO) for NASA’s Space Communications and Navigation program (SCaN) at NASA Headquarters in Washington, D.C.[1] The Canberra Deep Space Communication Complex (CDSCC), located at Tidbinbilla, just outside Canberra, consists of one 70 metre, two 34 metre and one 26 metre radio telescope antennas with two-way communication capacity.