MEDIA MONDAY / LISTENING AND HEARING THE OTHER SIDE 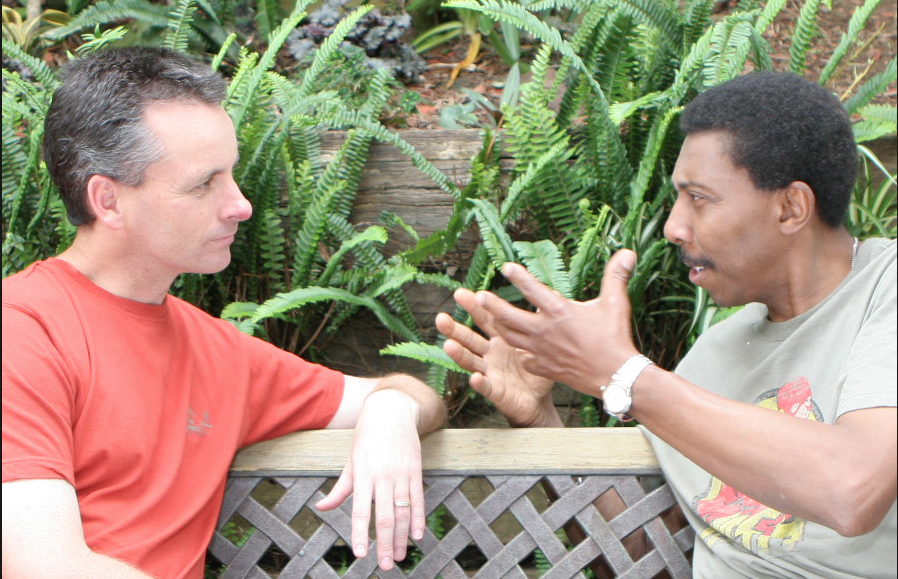 Editor’s Note: Repost from New America, a independent blog dedicated to the renewal of American politics, prosperity, and purpose in the Digital Age. Its hallmarks are big ideas, pragmatic policy solutions, technological innovation, and creative engagement with broad audiences. Read the rest of New America’s story, or see what we've been doing recently.

In the fall of 1972, I was about to turn 18 and because of the 26th Amendment to the Constitution was also about to cast my very first vote for president. Visiting my grandparents in South Carolina, I said at supper how excited I would be to vote for George McGovern, assuming my textile mill working FDR-era grandparents would be too. Long silence at the dinner table. “Well,” grumped my grandpa. “I’m voting for a good Christian man, Nixon.”

Doing the dishes, my gentle grandmother said, “Mike, it’s probably best not to talk about religion and politics at supper.” Two things are clear to me in retrospect, recalling that conversation. First, there were large political shifts occurring in America and the South was moving away from the post-Depression era alliance with the Democratic Party. And second, religious faith was entering the equation as an important determining factor in the decision-making of voters. 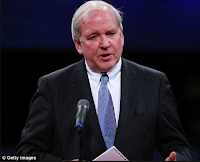 ABOUT THE AUTHOR:
Mike McCurry is a distinguished professor of public theology at Wesley Theological Seminary and co-chair of the Commission on Presidential Debates.  He is also the former White House Press Secretary to President Bill Clinton.

Much has been said about what is often called the “God Gap” in politics and much of it is true. Those who consider themselves “religious” (measured by regular worship attendance, grace before meals, membership in a church, and a preference for political candidates who believe in the divine) are probably disproportionately conservative and Republican in their election choices. And those who are more secular and don’t affiliate with any organized religion (i.e. Sunday mornings are “Meet the Press” and the Sunday papers or golf, instead of singing hymns and praying) are more likely to be liberal and Democratic. Of course, none of that is universally true but they are telling indicators of where individual citizens likely land on the political spectrum.

Political divisions are growing wider and deeper as America becomes more and more polarized. Partisan affiliations are telling. Ninety-eight percent of Americans are likely to vote straight party-line ballots in elections. We live closest to those we think share our values and politics; yes, gerrymandering is a factor in drawing election boundaries and that contributes to gridlock and dysfunction in our institutions of civil democracy. But we are mostly congregating with those who generally share our politics and values.

We also increasingly look with disdain on “the others” who might disagree.  Sociologists tell us, for example, that a “mixed marriage” now does not mean differences in race; it likely means a difference in political party registration. And that mix is becoming rare.

There are many reasons why our political system has seemed immobilized in recent years and why it seems to be impossible to make progress on the great issues facing our nation. We can’t seem to balance the budget. We can’t decide how to control costs for social insurance programs like Social Security and Medicare.  We can’t agree on how much government we really want and (more important) who will be taxed to pay for those government benefits and services. We even disagree on who should be “American” as immigrants trapped in southern hemisphere poverty make their way to the United States to attempt a better quality of life.

As the poet William Butler Yeats wrote, Things fall apart/The centre cannot hold/Mere anarchy is loosed upon the world. My former boss, the late Democratic Senator Daniel Patrick Moynihan of New York (perhaps one of the last public intellectuals we have had in elected office), was fond of saying: “The quintessential question about the future of American democracy is whether the center will hold.”

Is there a center in American politics when our public discourse is mostly defined by various “talking heads” hurling invective at each other on cable news programs all day long?  Or when our leaders in Congress routinely “whip” their members into party fidelity on crucial votes? Or when our nation divides almost 50-50 in the election of our next President?
I am incurable optimist and I believe that there is a “center” and defining its parameters and boundaries will be crucial as we work our way through the tumult of the national conversation we will have as President Donald Trump takes office. Many of my political persuasion have significant doubts about our new President but I believe he is more pragmatic than ideological. Perhaps there is a governing agenda that can emerge that will re-unite politicians, pundits, and lawmakers at the center of the political spectrum.

My work these days is focused more on the role “the church” (broadly defined to include all houses of worship: Christian, Muslim, and Jewish) can play. When we gather in worship, we set aside our temporal affiliations to profess belief in something eternal, lasting, and beyond the hazards of contemporary controversy. Yet most houses of worship, with exception among black Protestants and Christian evangelicals, seem to shun discussions of politics; “politics and religion” being the subjects my grandmother would have said do not belong in polite conversation.

I think that must change. Those who believe in a “beloved community” that reflects God’s love for us need to come together and model ways that spirited public discourse can lead to understanding, if not always to total agreement. When we learn to hear the opinions of others, when we can restate their strong opinions authentically even if we disagree, we will come to a better place of conversation about our future as a nation.

There is ample reason to doubt that we are headed in that direction as a new administration and presidency takes shape. That makes it all the more important, to me, for leaders in our faith communities to rise up and insist on different standards for public dialogue.

In that, I cannot help but notice the examples of Laura and George W. Bush. I worked to defeat our incumbent President in 2004 when I traveled with Senator John Kerry at the end of the 2004 campaign.  I remained close, however, to some of his senior aides like Mark McKinnon, Nicolle Wallace and Dan Bartlett.

Our relationships helped us navigate some treacherous moments including Election Night 2004 when Sen. Kerry was not quite ready to concede and President Bush, gracefully, gave him to the next day to make his genuine statement of concession. Moments like these need to be enshrined and lifted up and not become the all-too-rare examples of how we deal with division and conflict in our democracy.

As that example shows, the power of genuine human relationships and friendship is what ultimately overpowers division and mistrust. I also have seen this in play through the work of our local Methodist annual conference. We have taken issues that divides us – homosexuality, gay marriage, and gay ordination – and worked through them in small “circles of grace,” where people who might disagree get to know each other better and genuinely discuss differences.

Even in the very divisive recent national campaign, I witnessed top aides from the Clinton and Trump camps come together to negotiate details about the presidential debates with nary a whiff of controversy.  That’s because the folks representing both campaigns knew each other and liked each other, despite the obvious brittleness in the back and forth between the candidates.

A final example is the work that President Bush and my former boss, Bill Clinton, have done to address urgent human needs around the globe and here at home. That includes the Presidential Leadership Scholars program their presidential centers, along with those of Presidents Lyndon Johnson and George Herbert Walker Bush, have created to groom prospective leaders who are interested in solving problems.

I hope these examples give us inspiration in the months ahead.  I think they will be needed now as never before.