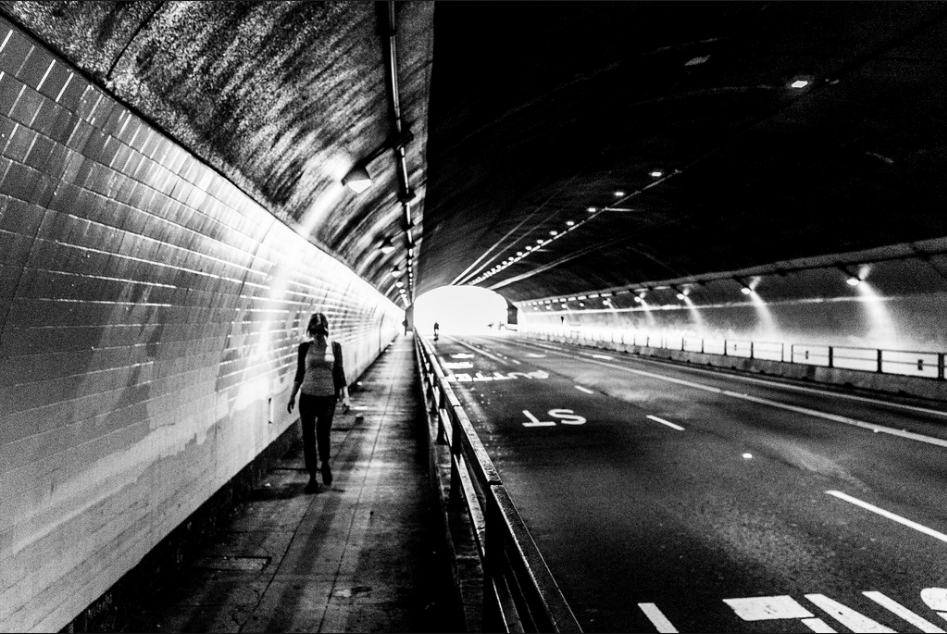 San Francisco’s Stockton Street tunnel travels north/south underneath a section of Nob Hill near Chinatown for about three blocks. The south portal is located one block north of Bush Street (three blocks north of Union Square). It travels under Pine, and California Streets and exits to the north near Sacramento Street in Chinatown.

Built to accommodate now defunct F Stockton trolley line from the Union Square area to points north into Chinatown, North Beach and Fisherman’s Wharf, it was inaugurated by Mayor James Rolph on December 29, 1914.  The tunnel is 911 feet long, 50 feet wide, and arched to a height of 19 feet.

Construction involved lowering Stockton Street near where it passes into the tunnel from the South, evidence for which can still be seen at the building of 417 Stockton Street (Mystic Hotel), where the basement became the ground floor and the former front door is now a visibly marked window bay on the second floor.

Thanks to YouTube here’s a six-minute update on the tunnel: 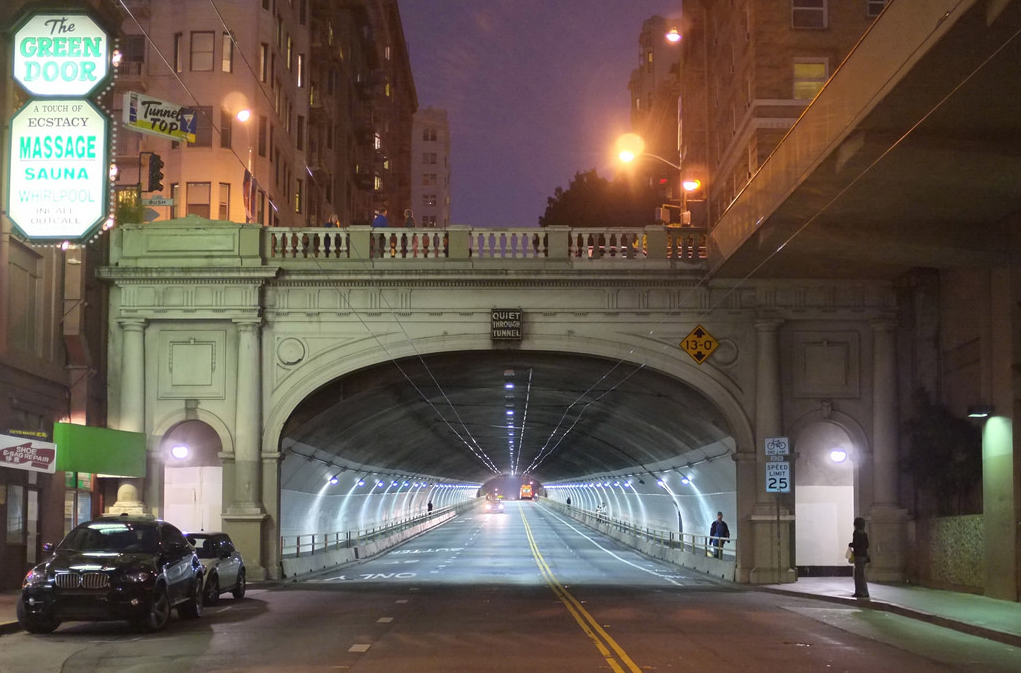 More on the Tunnel:
The following article was penned in March 1949 by Kevin Wallace.  It was titled “The City’s Tunnels, When San Francisco Can’t Go Over, it Goes Under its Hills:”

The Stockton Street Tunnel was conceived by Dr. Hartland Law, during lunch, on January 27, 1910. He convinced the Down Town Association to back "The Open Door to North Beach," and the association convinced the city Supervisors (November 6, 1911).

The project was tied up in lawsuits during 1912. On April 11, 1913, the contract was awarded to Jacobson & Bade Company. Their "miners with little oil lamps on their caps" started digging into Nob Hill's schist and shale in June, 1913.