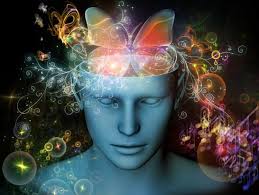 GUEST BLOG / By David Neld, Nature Neuroscience--We now know much more about when we dream, the parts of the brain involved, and what we dream about, thanks to new research – and experts say it's one of the most important studies ever published on dreaming.
Not only does the research give us a better understanding of how and when we dream, it could lead to ways of inducing sleep and even manipulating dreams, for those who struggle with nightmares and insomnia.
Scientists from the University of Wisconsin-Madison identified a new "hot zone" of electrical activity in the brain that indicates dreaming, and showed that much of our dreaming happens outside REM (rapid eye movement) sleep, even if we can't remember our dreams when we wake up.
What's more, the study showed that areas of the brain we use when we're awake can also take on the same tasks when we're sleeping – tasks like recognising faces in dreamland. 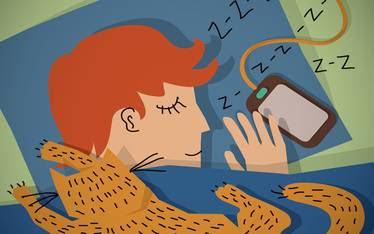 “We were able to compare what changes in the brain when we are conscious, that is, when we are dreaming, compared when we are unconscious, during the same behavioural state of sleep," says one of the researchers, psychiatrist Giulio Tononi.
"In this way we could zoom in on the brain regions that truly matter for consciousness and avoid confounding factors having to do with being awake rather than asleep or anaesthetized."
A total of 46 volunteers were recruited for the study, sleeping in the Wisconsin Institute of Sleep and Consciousness (WISC) lab and wearing caps with 256 electrodes to measure brain and facial activity. At various points the participants were woken up and asked about their dreams.
One experiment spotted changes in activity during dreaming in a region at the back of the brain that the researchers called the 'posterior cortical hot zone', which usually helps our brains process visuals and integrate our senses.
The same pattern of activity was seen during REM and non-REM sleep, no matter what the rest of the brain was doing – it's "a signature of the dreaming brain", researcher Francesca Siclari told Nicola Davis at The Guardian.
By monitoring this 'hot zone' and then waking the participants up, the team was able to accurately predict whether the volunteers were dreaming 87 percent of the time.
Up until now, scientists haven't been able to find tell-tale signs of non-REM dreaming, and there have been doubts that it's even happening at all. Are our non-REM dreams just memories of dreams during REM sleep?
The new research suggests not, and based on the responses of the study volunteers, we're still doing plenty of dreaming during our shut-eye even if we don't remember everything when we wake up.
Another experiment looked at the content of dreams, and researchers were able to link brain activity happening during dreams with similar brain activity that happens when we're not asleep, such as parts of the brain used for facial recognition.
"This suggests that dreams recruit the same brain regions as experiences in wakefulness for specific contents," says Siclari.
"This also indicates that dreams are experiences that truly occur during wakefulness, and that they are not 'inventions' or 'confabulations' that we make up while we wake up."
The experiments also linked greater activity in the prefrontal cortex during dreaming – the part of the brain associated with memory – and a better recall of those dreams.
"Maybe the dreaming brain and the waking brain are much more similar than one imagined," adds Siclari.
While we're still a long way from being able to manipulate our dreams Inception-style, the research teaches us a lot about dreaming: such as how only a small area of the brain is needed to generate dreams that feel like consciousness.
Many future studies can now be based on this work, the researchers say, such as further investigations into whether we dream in order to process the memories of the day.
Christoph Nissen, from University Psychiatric Services in Switzerland, wasn't involved in the study but told Chelsea Whyte at New Scientist that this new brain map could open up ways of modulating sleep, perhaps to suppress nightmares for people with PTSD or to treat insomnia.
Meanwhile, other experts have been quick to praise the researchers' work.
"The importance beyond the article is really quite astounding," Mark Blagrove of Swansea University's sleep lab, who wasn't involved in the research, told The Guardian.
"It is comparable really to the discovery of REM sleep and in some respects it is even more important."
The research has been published in Nature Neuroscience.