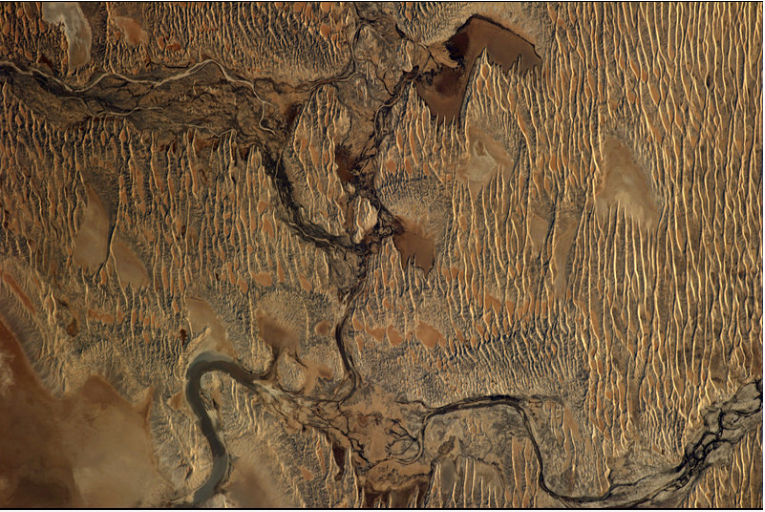 This remarkable abstract painting (above) is actually a photograph taken by a NASA astronaut from the International Space Station.    Luca Parmitano, an Italian with the European Space Agency, was aboard ISS when he snapped the image above of a colorful landscape of Southern Australia.

BLUE MOOD--The Juno spacecraft captured this image when the spacecraft was only 11,747 miles (18,906 kilometers) from the tops of Jupiter’s clouds — that’s roughly as far as the distance between New York City and Perth, Australia. The color-enhanced image, which captures a cloud system in Jupiter’s northern hemisphere, was taken on Oct. 24, 2017.