GUEST BLOG / By Ancestry.com--Jason Atwater* was on a mission: to discover the names of his enslaved ancestors.

He never dreamed his research would lead him to the Virginia plantation where his ancestor’s legacy lives on to this day.

After taking an AncestryDNA test, Jason became curious about his African ancestors who had been enslaved.

Who were they? What were their names?

He started doing research on Ancestry and had some initial luck but hit a roadblock.

Slave record research can be hard: Slaves were not always listed by name, just by age and gender.

But he was determined. His breakthrough moment came when he got a “shaky leaf hint” from Ancestry via email.

Jason instantly clicked on the hint. And what he saw, he could scarcely believe: 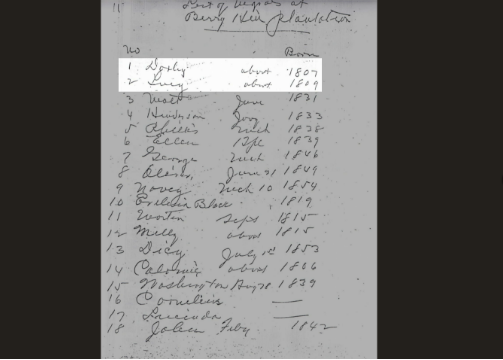 There it was, the “List of Negroes from the Berry Hill Plantation,” bearing the names of Jason’s great-great-great grandparents, Darby and Lucy Duncan.

A quick internet search revealed that Berry Hill Plantation was in Virginia. 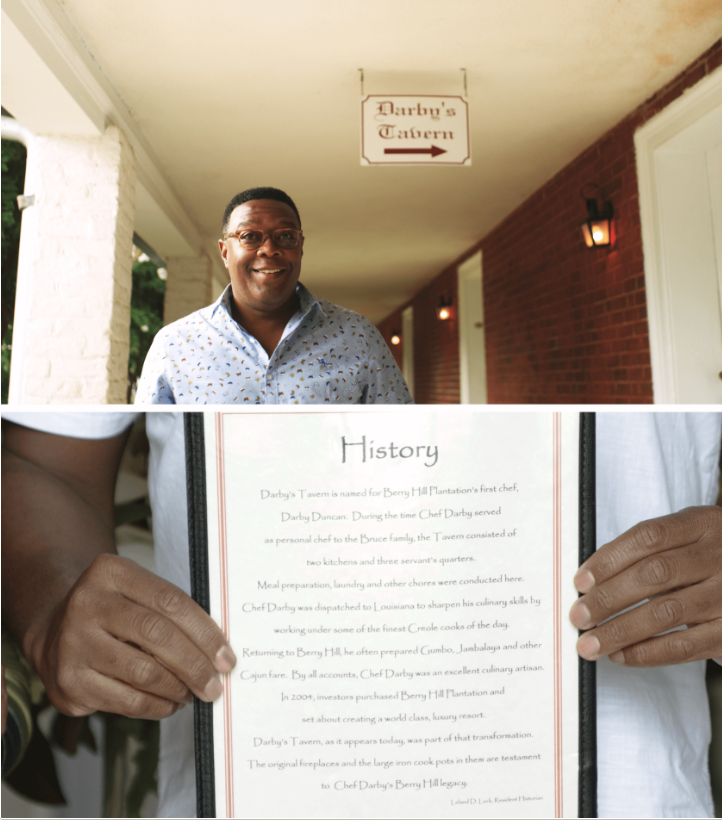 Further research revealed that Jason’s ancestor Darby Duncan had been the chef for the owner, James Coles Bruce, whose father had been described as the third wealthiest man in America.

It turned out that Berry Hill Plantation was transformed into a resort and conference center.

Initially Jason was a bit conflicted, but when he learned that on site there was a restaurant called Darby’s Tavern, in honor of his ancestor, Jason was inspired to visit.

He invited his mother Dolores and his sister Valerie to join him. 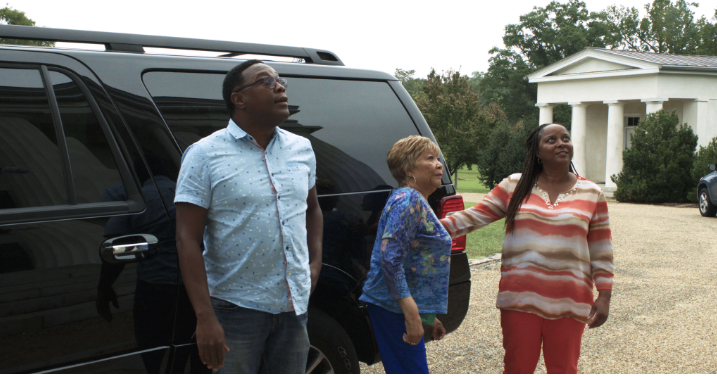 Jason, his mother, and sister seeing Berry Hill for the first time and experiencing waves of emotion.
When Jason and his family visited Darby’s Tavern, there was a surprise in store for them.

Not only was Darby’s Tavern named after his ancestor. It was located in the same part of the house where Darby and his wife Lucy had lived.

Darby, it turned out, had been such a well-respected chef that he had been sent to Louisiana to train with the finest chefs of the day.

And some of the original cookware was still on the premises. Jason actually got to touch the pot that Darby used to cook dishes like his famous jambalaya.

For Jason, the quest to find the names of his slave ancestor evolved into something bigger than he ever dreamed.

*Jason is an Ancestry.com employee. This is his actual family story. Travel provided by Ancestry.