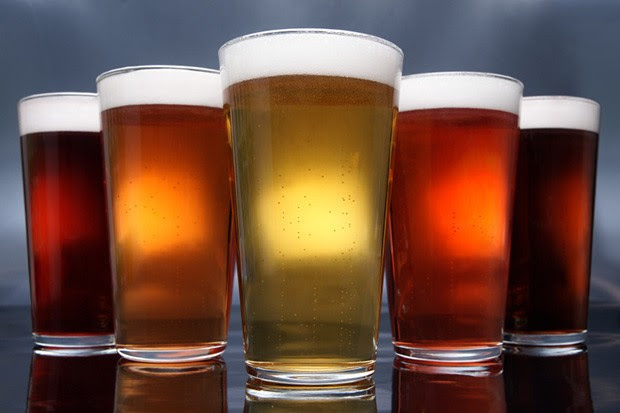 Strong brewery growth, increased beer tourism and the launch of the independent craft brewer seal—with more than 2,700 craft brewers signed on—were all part of a watershed year for craft beer in 2017. The Brewers Association (BA)—the not-for-profit trade association dedicated to small and independent American brewers—looks back on the defining beer moments of the year.

“Craft brewers continue to thrive, if at a slower pace, fueled by a passionate community dedicated to bringing innovation, jobs and beer across America—on Main Street and beyond,” said Bart Watson, chief economist, Brewers Association. “Today, 83 percent of the population lives within 10 miles of a local brewery, meaning that the positive impact of breweries is being felt in communities all over the country.”

●     Steady Growth: 6,000 breweries were in operation during 2017—with 98 percent of them small and independent craft brewers.

·         Jobs and Economic Impact: The BA’s Economic Impact Report, a biennial analysis featuring economic data of craft brewing for all 50 states and the District of Columbia, showed that craft brewers contributed $67.8 billion to the U.S. economy in 2016, a 21.7 percent increase from 2014. Craft brewers were responsible for more than 456,373 full-time equivalent jobs, a 7.5 percent increase from 2014, with 128,768 of those jobs directly at breweries and brewpubs.

·         Independent Craft Brewer Seal: To help educate beer lovers about which beers are independently produced, in June the BA launched a seal touting independent craft brewers. Featuring an iconic beer bottle shape flipped upside down, the seal captures the spirit with which craft brewers have upended beer, while informing beer lovers they are choosing a beer from a brewery that is independently owned. To date, more than 2,700 small and independent craft brewing companies, representing more than 75 percent of domestic volume, have signed on to use the seal.

·         Can’t Beat ’Em? Buy ’Em: Take Craft Back, a tongue-in-cheek crowdfunding campaign to raise $213 billion to purchase Anheuser-Busch InBev, was launched to draw attention to the lack of transparency and growing disparity in marketplace influence between small and independent brewers and Big Beer. Nearly 12,000 craft beer lovers have pledged their support.

Bipartisan Beer Support: The Craft Beverage Modernization and Tax Reform Act (CBMTRA), championed by Reps. Erik Paulsen (R-MN) and Ron Kind (D-WI) and Sen. Bob Portman (R-OH), was reintroduced in the 115th Congress and has reached a majority of support in both houses. If passed, the bill—which was added as an amendment to the larger Senate Tax Reform Bill in November—would significantly reduce the federal excise tax on the first 60,000 barrels of any domestic brewery that produces fewer than 2 million barrels a year and would lower the federal excise tax on barrelage up to 6 million barrels.

·         Homebrewing Heats Up: There are currently an estimated 1.1 million homebrewers in the U.S., and in 2017 homebrewers produced more than 1.4 million barrels of beer—equaling one percent of total U.S. beer production. The National Homebrew Competition, hosted by the American Homebrewers Association, continues to be the world’s largest beer competition with 8,618 entries from 3,530 homebrewers worldwide.

·         Beercations and Tap Rooms Are Boomin’: Beer tourism is growing, with the average craft drinker visiting 3.5 breweries near their homes and 2.5 breweries within two hours’ driving distance. Plus 64 percent surveyed said visiting a brewery/tap room was a new or different beer drinking occasion, indicating brewery visits have created a new sales channel for beer.

·         #GivingBack: American craft brewers are not just great at making flavorful beer—they are also a force for good. Craft brewers donated an estimated $73.4 million to charitable causes in 2016, up from $71 million in 2014.

“This has been an incredible year for the craft beer community with both challenges and successes. Emphasized more than ever before is the need to advocate for and educate beer drinkers on the importance and value of craft brewers to our nation and our culture,” said Julia Herz, craft beer program director, Brewers Association. “What is especially gratifying is watching the positive impacts beer tourism and independent breweries are having on local communities.”

Beer lovers are invited to learn more about the dynamic world of craft beer at CraftBeer.com and about homebrewing via the BA’s American Homebrewers Association and the free Brew Guru™ mobile app. Follow us on Facebook and Twitter.

The Brewers Association is an equal opportunity employer and does not discriminate on the basis of race, color, national origin, gender, religion, age, disability, political beliefs, sexual orientation, or marital/familial status. The BA complies with provisions of Executive Order 11246 and the rules, regulations, and relevant orders of the Secretary of Labor.