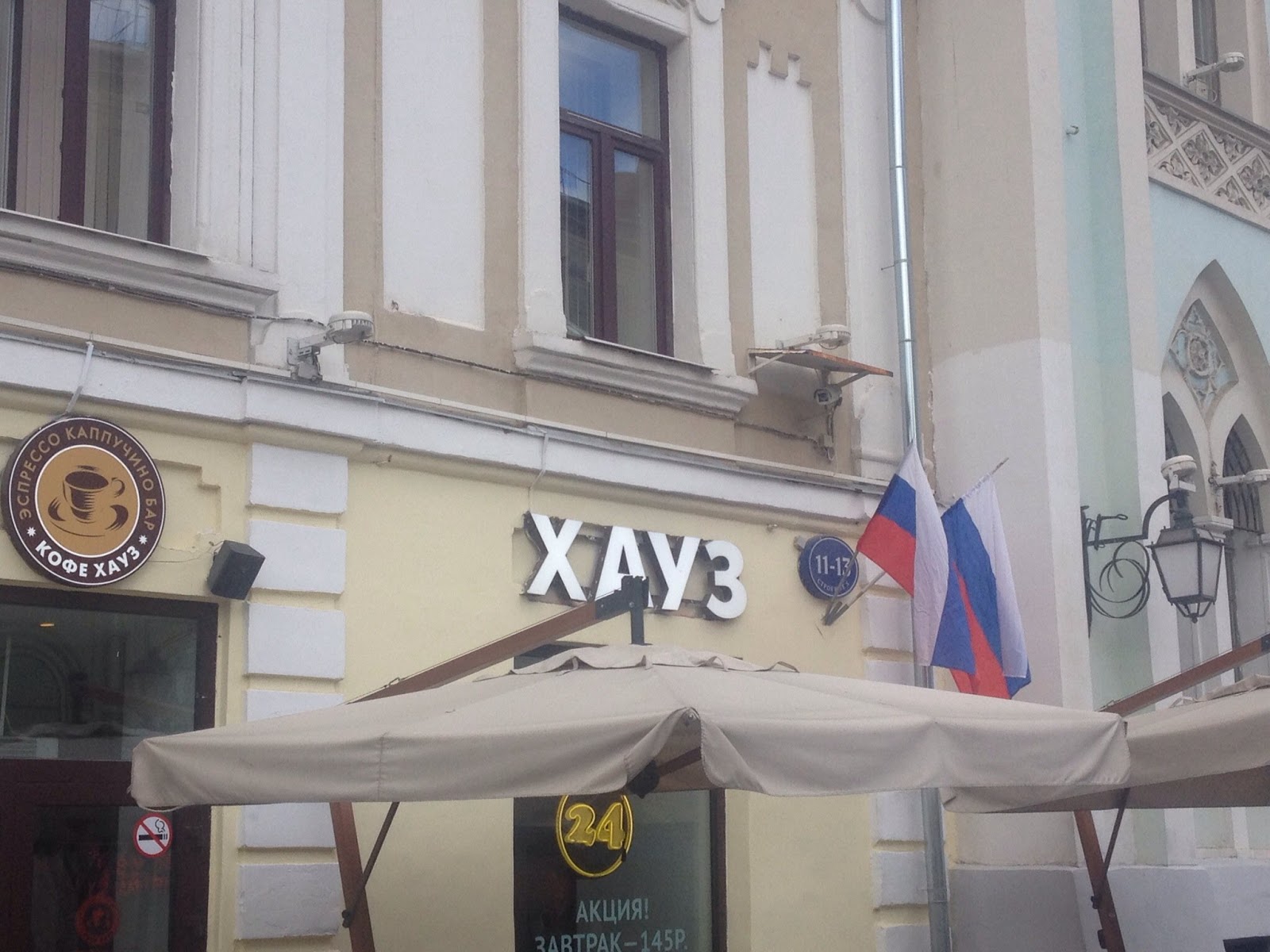 Kope Xay3 is a ground floor coffee house on Nikoyskyia Street in a well maintained but nonetheless non-descript four-story building most likely built before the last Czar. It’s three-tenths of a mile from iconic St. Basil’s Cathedral.  And,  (wink, wink) Red Square and the Kremlin.

We met there at a small banquette in the back where the old front door of the warm coffee shop was still visible.  I had the package with in my briefcase.  It was tightly wrapped. 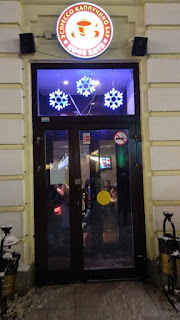 Snow had piled up inside the double doors.  She entered and sat next to me.  “Do you have it?”  She asked as she picked up but ignored the extensive menu that made the chain operation (St. Petersburg, Bryansk and Voronezh) more of a restaurant than a bohemian rhapsody of a bygone era.

The attractive blonde had pulled off the hood on her GUM department coat, relaxed, smiled and looked around.  Last summer, when I met her and her even more stunning roommate, she told me they worked as translators.  Mya, who sat across from me, was originally from Sweden and came to Moscow to be with her Russian lover.  The romance ended and she had to find work in order to earn money to buy a ticket back to Malmo, across the big bridge from Copenhagen.

I believed her.  The three of us met at Vermel, a nightclub on Raushskaya Naberezhnaya along the Moscow River in mid-January.  Of course, I made a pass at the wrong woman.  I blame it on me being so inexperienced as a Casanova being barely out of the University and working my first job in Stockholm.

I told her I was a travel writer.  I lied.

They were more impressed with the fact I bought the drinks all evening.  After leaving Vermel we found a spot (who remembers where—it was late) where we shared dances to the live rock combo.  Auburn haired Natasha Mininova danced with me once on the understanding that I knew she had a boyfriend in the Russian Navy.  She had no interest in me as she eventually passed me to Mya for dances the rest of the evening.

I didn’t care.  I reveled in the fact they shooed away other men asking for dances to horn in on my tab.  Mya and Natasha were loyal to me.  It made me the envy of the Moscovite men.  Afterall, I had two excellent looking women on my arms.  Later, in the evening I came to learn they were a decade older with me being in my early 20s.
It was something I should have picked up despite me speaking Swedish to Mya and broken English to her friend. As the night wore on I felt like a younger brother that I had become. 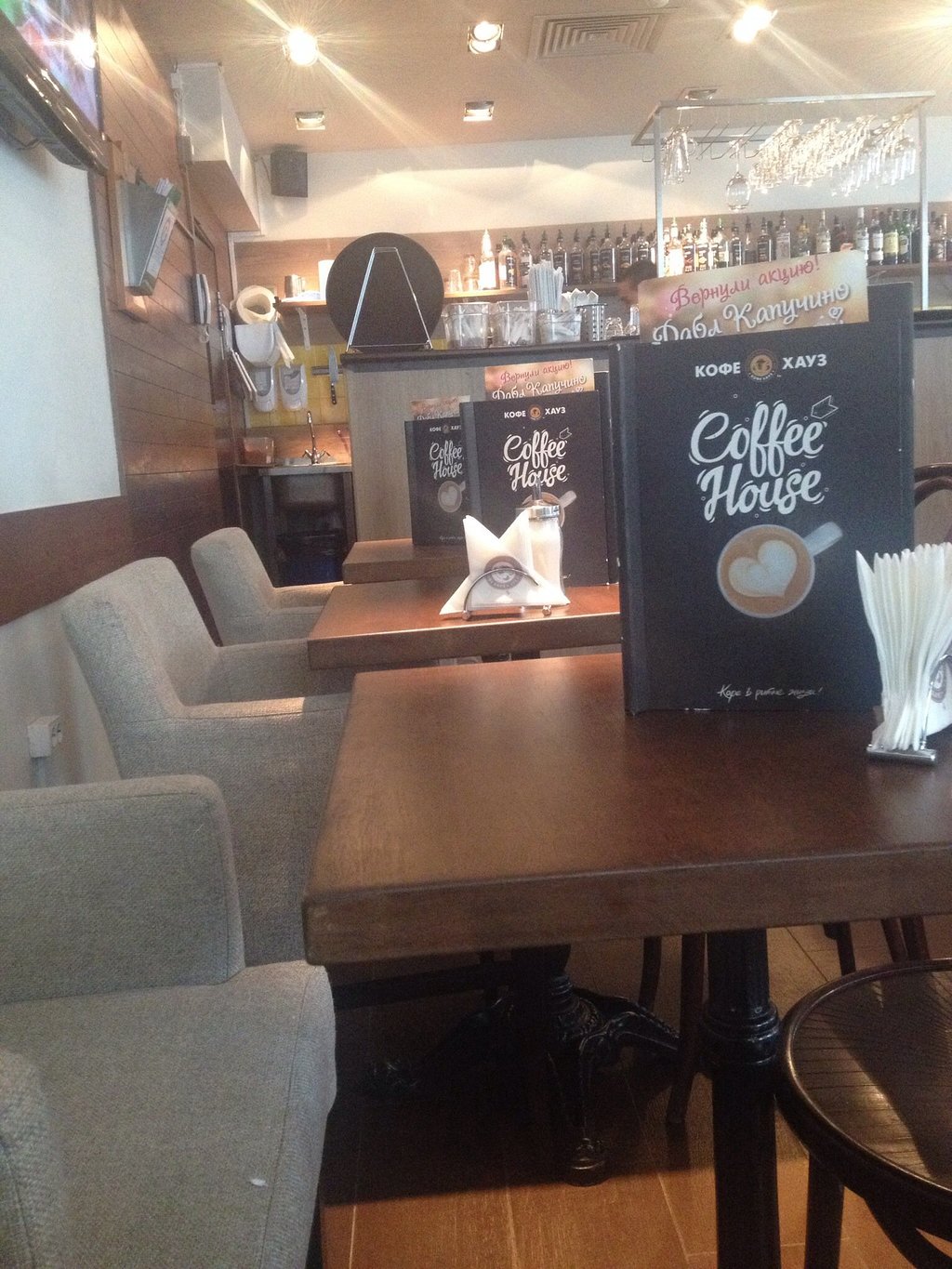 Now, almost a year later, inside Kope Xay3, I was too nervous to order coffee but that didn’t stop Mya.  She had a steaming cappuccino in a cup I imagine had previously been sipped on by a Turkish agent waiting to meet her handler.  She was even more beautiful than I remember.

We made small talk while she ordered a big lunch and another coffee.  Topics ranged from Natasha’s new lover, a lawyer.  “I think he’s a pretend spy,” Mya added with a smile.  “I shrug him off.  How can you be serious about a man that looks like—how do you say—the Pink Panther?”

I finally asked, “I will be in Moscow until Monday.  Maybe we can have dinner before I fly out?” 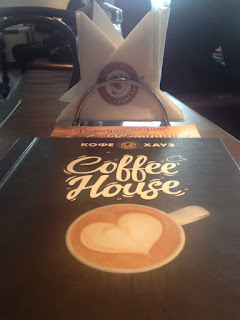 “Maybe.”  She put her hand on mine.  Her touch felt like my older sister’s when I asked her to take me to the movies and she was waiting for a better offer from her boyfriend at the time.

She thought for a moment before staring into my eyes, “If we go to the Kirov.”

I said, “Tickets are hard to come by.”

“Not for a diplomat, who works for a foreign embassy.”

It was then I realized she knew I was not a travel writer.”

“How else can you get a package that large—and unopened through airport security?”

“I will call you when I get the tickets.”

“That will be fun.” Finally, she wiped her red lips with a napkin.  “I have to get back,” she said.  “When we embrace to say good-bye I will place a note in your pocket listing what you’re to bring me next time—understood.”

“As always,” I said.  I reached in my leather valise, the type actors in French espionage movies carry around.  I handed her the package.  We embraced.

She clutched it to the bodice of her unzipped coat, a style that made her look like a cute Michelin character.  “I will be so cool now.  I can never thank you enough.”

Mya Krolvich now had two pair of tight-fitting, used, but nonetheless original Levi brand denim jeans.  One for her and one for her roommate. I bought them from the re-used boutique in Stockholm’s Gamla Stan, near to the embassy, where I worked as a courier, part time.

Expensive, I thought, but what was the meaning of money to a junior internationalist who had two Russian women in his sway.--Short Fiction by Thomas Shess.