THE BREWSPAPER / WEST COASTER MAGAZINE’S BREWER OF THE YEAR

How would you sum up 2018?
Philosophically speaking, 2018 was a year of breaking out of my comfort zone and not being complacent. I spent a lot of time analyzing our processes and working with my team to figure out where we could make improvements. Sometimes this resulted in taking a couple of steps backward in order to take several steps forward. Ultimately, I believe that the efforts have resulted in some great strides in quality for our new beers and mainstays alike. 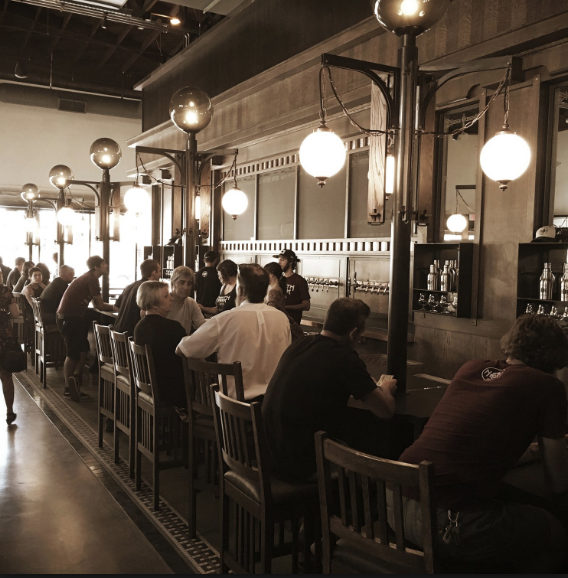 How does your location, on a prime North Park corner, impact what you choose to brew?
One of the things that I have had to accept is that I need to try and please as many people as possible with our beer portfolio. This means making beer that people want without compromising on my values as a brewer (most of the time… there was that charcoal glitter thing we made for Comic-Con, which is going to haunt me forever).

We continued to brew a lot of traditional beer styles, but I did set aside the BJCP style guidelines at times and embraced more “free form” brewing which included making some fun culinary inspired beers, such as our popular Bakers Man Brand Stout series. I fully embraced the haze and dove deep into that style, which I believe has led to us making some truly exceptional versions.

Our 2nd Anniversary Hazy Double IPA “Gimme a 2nd” garnered several reviews comparing it to that of a Monkish release, which was incredibly gratifying considering that Monkish is touted as one of the best brewers of the style. I remembered that I really enjoy the experimentation and tinkering side of brewing, which connects directly to my history as a homebrewer.

What’s in the works for this year?
We’ll continue down the path we have been paving: more collaborations, more tinkering, more learning and having fun with our beer. You’ll see more barrel aged beer releases in bottles and more releases for some of our non-barrel aged beers in cans.

Some of our existing beers, such as Hop-Fu!, should level up in quality as we’ll start brewing with hops that I personally selected in Yakima, Washington. We plan to continue expanding within our existing space by adding some more fermentation capacity and growing our beer production team as needed. I think it is going to be an amazing year for North Park Beer Co.

FROM WEST COASTER ARCHIVES:
The following interview with Kelsey McNair by Senior Editor Brandon Hernandez appeared in West Coaster in 2017:

BEER OF THE WEEK: TALKING PILSNERS

WEST COASTER: One of the things I enjoy most about North Park Beer Co. is that it’s a place for people who genuinely enjoy a variety of styles made to style. Sure, the house IPA has plenty of punch, but even it exhibits the great balance that is the trademark of owner and brewmaster Kelsey McNair‘s ales and lagers.

It’s beers like these—session and mid-level strength brews that are flavorful and easy-drinking—that will convert more people to the glories of finely crafted brews. Primed for accomplishing that on the Pilsner front is North Park Bird Park, a Bohemian-style Pils that goes down easier than most local takes on the style, which often end with a sharp, almost biting sensation. While classic Czech Pilsner flavors of herb and earth are all present, newcomers to craft will not be challenged by a slap-in-the-throat finish, making Bird Park a fine candidate to become many future craft-beer drinkers’ “breakthrough beer”.

Of course, if you’re already into craft, as well as Pilsners, you will be able to appreciate it for its light body, cohesive layers of flavor and the great deal of thought that went into its composition. For that, I’ll turn it over to its creator. 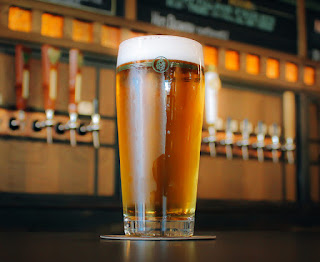 KELSEY MCNAIR: “To me, there’s nothing like a well made Bohemian-style Pilsner. Moonlight Brewing‘s Reality Czech is my favorite version and easily one of my top-ten beers. Anytime I travel to the Bay Area, I make it a point to drink a lot of that beer.

Several years ago, owner and brewer Brian Hunt of Moonlight was at The Linkery for an event where several of his beers were featured. I happened upon a seat next to him at the bar and struck up a conversation. As a then-avid homebrewer, I hoped to get some recipe nuggets from him so that I could take a stab at making my own version of the style.

He went into this long rant: ‘In order to brew this style, first you need to go to Prague and drink as much Pilsner as you can. You have to understand it that way.’

I walked away from this conversation without any new knowledge about his recipe or procedures. I generally never aimed to clone beers as a homebrewer, I would just get inspired by commercial beers and make my own recipes. Some Internet sleuthing told me that Reality Czech used Perle hops, so I figured I’d include them in my pils, too, as an homage to this superb Pilsner.

But, I never made it to Prague and I never actually ended up brewing a Bohemian Pilsner as a homebrewer. Fast forward to now, I finally put the recipe together and just went for it. For our version, we used German Pilsner malt and some Melanoidin Malt to add some malt richness and body. We kept the water profile balanced and very soft.

We hopped it with the classic Czech Saaz and also German Perle. We borrowed some lager yeast from the local lager master in town, Doug Hasker of Gordon Biersch, and fermented it low and slow to make sure the beer turned out as clean as possible. The result?

An impeccably clean Pilsner with lovely nuances of bready malts and spicy, floral hops that has a firm, well-integrated bitterness. The body is medium-full and the finish is snappy, dry and refreshing. With the temperature on the rise, Bird Park is the perfect beer for your backyard barbecue or a day at the park.”—Kelsey McNair, Owner & Brewmaster, North Park Beer Company.