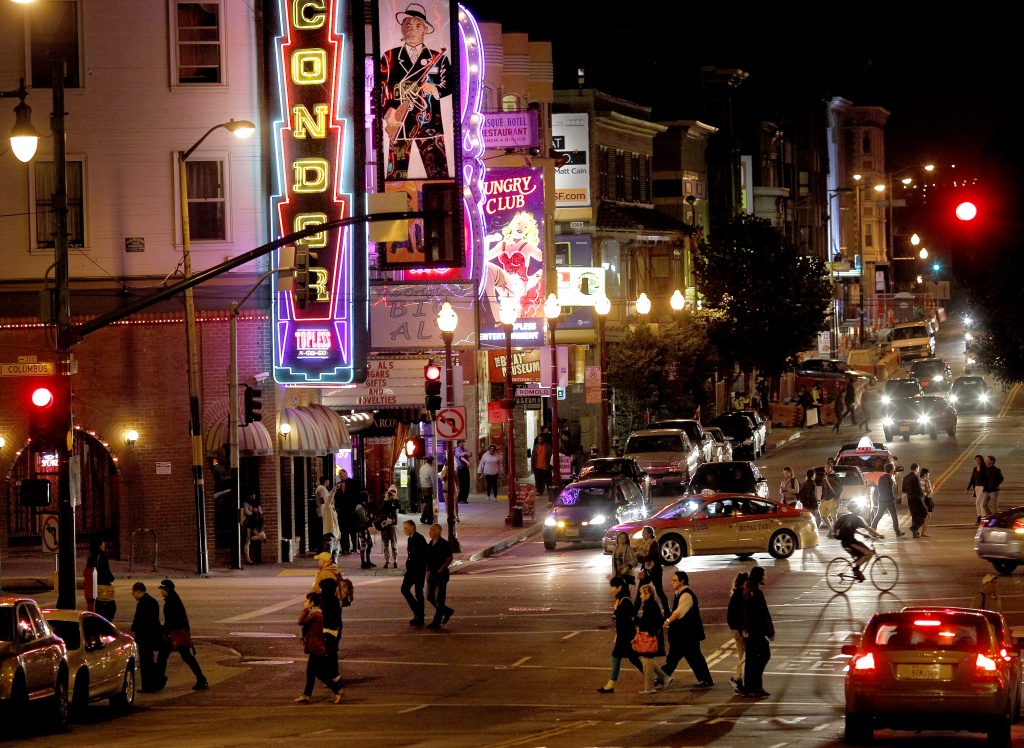 On tourist brochures and rent-a-car maps, San Francisco’s North Beach neighborhood is labeled as the city’s Little Italy. In the old days—the real old days—it was known as the Barbary Coast. Today, it’s no different from Boston’s Southside, San Diego’s India Street or Lower Eastside Manhattan. Ethnic urban neighborhoods are as old as Yankee Doodle. They seldom change, even when suburban flight takes most of the families. Divorced mothers now live atop bakeries, cobblers, and hardware stores. Rents are skyrocketing in North Beach. Poorer families had to share cheaper rentals with sleaze, which began moving in with peep show and Lotto emporium liquor stores as they replaced florists and tailors. Gone are the days when cops on the beat sweated the little stuff. Now, strong-arm artists walk unintimidated, preying on the elderly. Patrolman Ezra Ounce longed for the North Beach of his grandfather, when it was a white Irish and Italian enclave. Now more immigrants cram into what used to be Irish storefronts.

Save the shops. Keep the tourist traps out.

North Beach is an ethnic blur. It is one giant layer of overlays. It isn’t just Chinese, Irish, or Italian—it’s Mexican, Armenian, Arab or Eastern European. Everyone pays rent to Chinese landlords because the Asian mind and wallet invested heavily into land when it was cheap. The Chinese landlords realize tourists are good for busi- ness. They’re the ones who are buying and maintaining Italian-Irish businesses. They understand boundaries. Chinese and Anglos overlap like some giant overlay map. The Asian is willing to share the same physical space without grandiose displays to acknowledge it’s their turf.

All bump into each coming out of T-shirt or pizza-by-the-slice parlors. It’s a condominium form of social reality. There can be a Chinese wholesale grocer next to an Irish-American bar like Cortland & James. On the wholesale side, you won’t find one gringo—nor will you find an Asian family having an overpriced meal at DeLuca’s. Chinese landlords own North Beach and Chinatown, except for the very wealthy homes and condominium buildings on Telegraph and Russian Hill. It used to be only the white kids had the cars. Now, everyone has wheels and guns in a city that has no room for either. Did I mention everyone in this seven by seven-mile burg is on life support because it is fucking dying as we speak.

Available online at one of the best national indie bookstores: 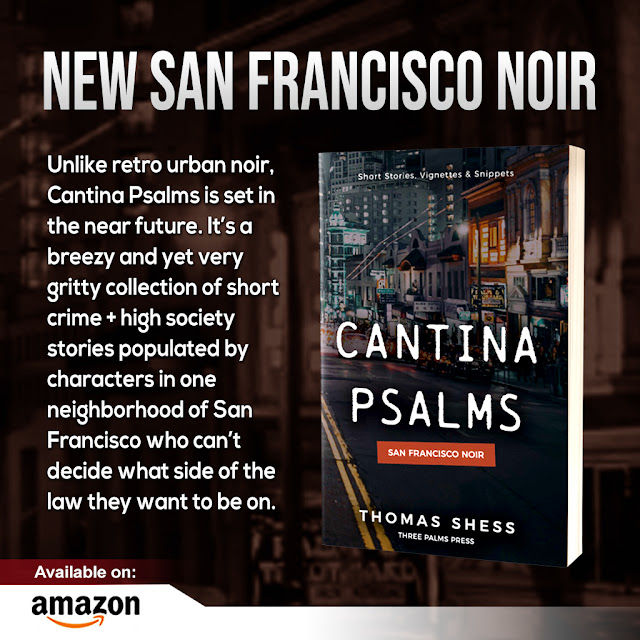