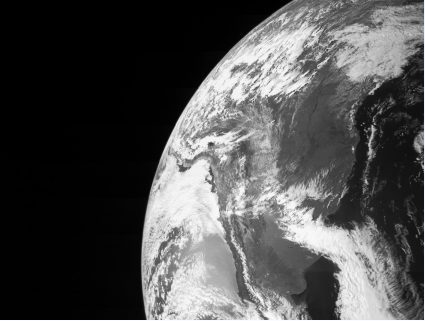 NASA FLY-BY--On Oct. 9, Juno flew by Earth using the home planet's gravity to get a boost needed to reach Jupiter. [See Pillar to Post Blog of 10-9-13]. The JunoCam caught this image of Earth, and other instruments were tested to ensure they work as designed during a close planetary encounter.

The Juno spacecraft was launched from NASA's Kennedy Space Center in Florida on Aug. 5, 2011. Juno’s rocket, the Atlas 551, was only capable of giving Juno enough energy or speed to reach the asteroid belt, at which point the Sun’s gravity pulled Juno back toward the inner solar system. The Earth flyby gravity assist increases the spacecraft’s speed to put it on course for arrival at Jupiter on July 4, 2016.