RETRO FILES / FREEDOM OF THE PRESS. 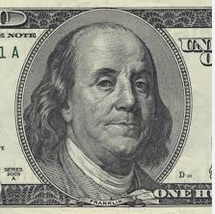 HAPPY BIRTHDAY, BEN--At the age of 12, Ben Franklin first began to learn the business of printing the truth. His older brother James had set up a printing office in Boston and Ben learned quickly as an apprentice. By the time Ben was seventeen, he was a fully skilled printer able to work in any print shop. With this skill, Ben was able to leave Boston and find work in both Philadelphia and London. In 1728, at the age of 22, Ben opened his own printing office in Philadelphia.

His most famous publications were a newspaper called The Pennsylvania Gazette and his annual Poor Richard's Almanack. He had many new ideas for publishing and he is known for printing cartoons, illustrated news stories, and letters to the editor. He believed in the power of the press, using his printing press as a way to bring the news to all people. He used cartoons and pictures so that everyone could understand the news, even people who had not learned to read. Ben also used
Poor Richard's Almanack to express his sense of humor.

In 1731, Ben founded America's first circulating library so that people could borrow books to read even though they might not have been able to afford to buy books to read. Again, Ben wanted to use his printing press to help people understand the world around them.