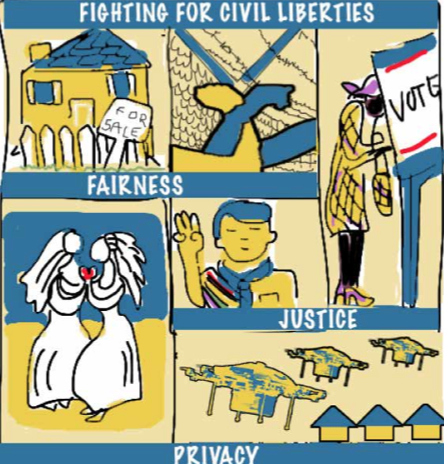 San Diego chapter of the American Civil Liberties Union is having a party and we’re invited (the public).  The event hails the unveiling of the Centennial Mural by local artist Julie Warren.

Warren’s commissioned work celebrates watershed moments in the ACLU’s civil-liberties rich history from its founding in 1933 through present day.

ABOUT THE ACLU:
In 1920, Roger Baldwin formed the ACLU with a board of directors that included Jane Addams, Helen Keller and Felix Frankfurter.

Helen Marston, the daughter of San Diego civic leader and merchant George Marston, served on that board, which was based in Los Angeles.

In 1933, the San Diego chapter was organized.