LONDON / IN SEARCH OF THE WORLD’S BEST CLUB SANDWICH

Editor’s note: In its July, 2015 edition, staffers of Club Magazine, the monthly inflight magazine of British Airways asked Chef Gary Lee, the Executive Chef at recently reopened The Ivy Restaurant in London for his personal spin on what makes a world class Club Sandwich.
The Ivy, favourite haunt of celebrities (and still serving its famous signature shepherd’s pie), recently reopened with a new menu after a major refurbishment.
Thanks, British Airways, Club Magazine and Chef Gary Lee for sharing another delicious and intoxicating club sandwich recipe.

GUEST BLOG—By Chef Gary Lee--If you’re nervous about unusual food abroad, the Club Sandwich is like a port in a storm. I last had one in Dubai – though it probably wasn’t the right thing to order on a boiling hot day, sitting in a restaurant overlooking the Burj Khalifa... They also used processed vegetarian ‘bacon’, so it didn’t really hit the spot.

I encourage all Club Sandwich makers to think long and hard about ingredients. Use the freshest bread, and don’t bother cutting off the crusts. I’ve never been too sure about the little stick holding the sandwich together; I realise the importance, but it’s a bit fussy for my taste.

We do a great Club Sandwich at The Club at The Ivy. It’s very popular and goes down a treat for Saturday breakfast. My twist would be to use Burford Brown eggs, slow-cooked tomatoes and maple-cured bacon.

For the slow-cooked tomatoes:

Splash of light olive oil or sunflower oil for cooking

Zest and juice of a lemon 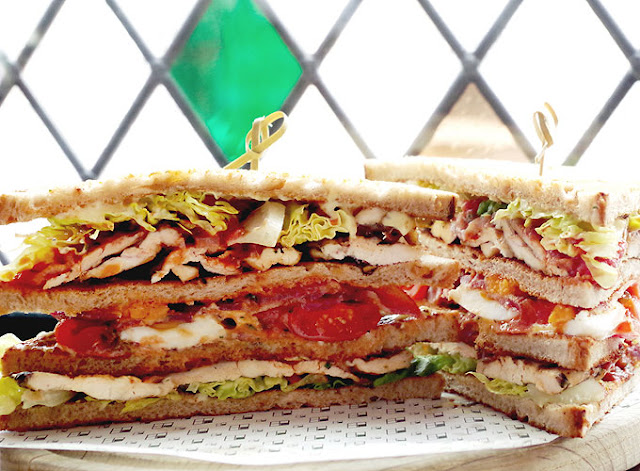 1. To make the slow-cooked tomatoes, wash and slice the tomatoes in half.

2. Heat a non-stick frying pan and add a splash of oil.

3. Add the tomatoes, cumin, sugar, chilli, lemon zest and juice, Worcestershire sauce, dark soy and pepper and gently fry on a low heat, stirring occasionally, until the tomatoes have broken down and the consistency is sticky rather than runny. This can take up to an hour.

4. When it’s ready, stir in the torn basil and keep to one side.*

5. To make the sandwich, grill the bacon until crispy and leave to one side.

7. Add oil to a non-stick frying pan and fry the chicken slices until golden brown on each side.

8. While the chicken cooks, boil the eggs for 3-4 minutes (they should be soft enough to ‘ooze’).

9. Spread all the slices of toasted bread with butter and add a tablespoon of tomatoes to each piece, followed by a dessertspoon of mayonnaise on each.

10. Add the chicken and bacon to each sandwich.

11. Peel the eggs, cut them in half and place yolk side down on the meat.

13. Add 2-3 lettuce leaves to each sandwich and top with the final piece of buttered bread.

* If you have lots of this left over, it freezes well and is very tasty on toast for breakfast – hot or cold.

MORE IMAGES OF THE IVY RESTAURANT: 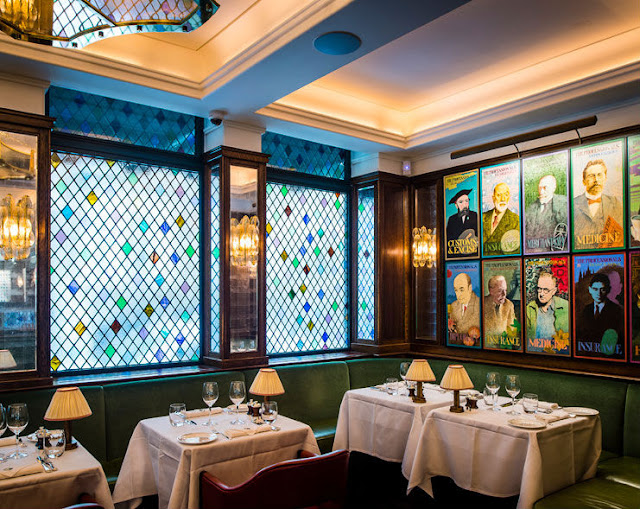 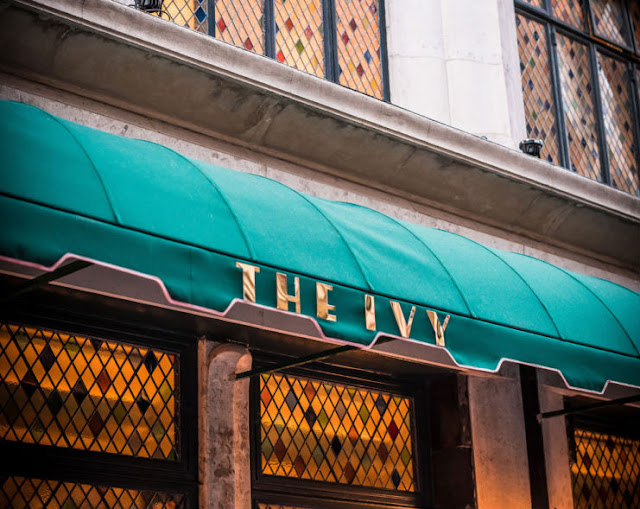 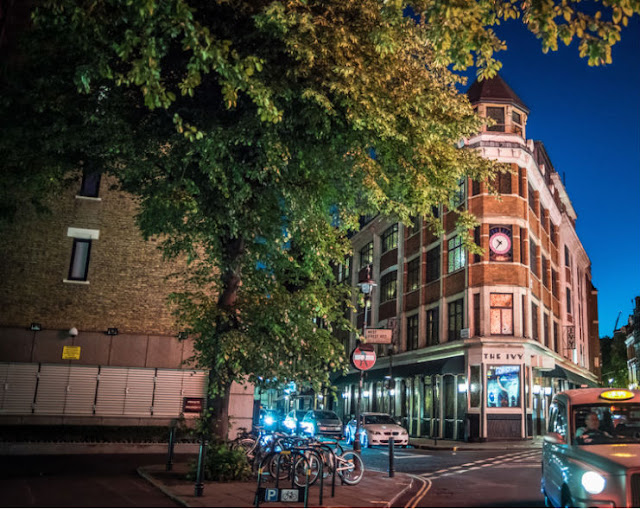