Links to Reviews and Amazon updated: 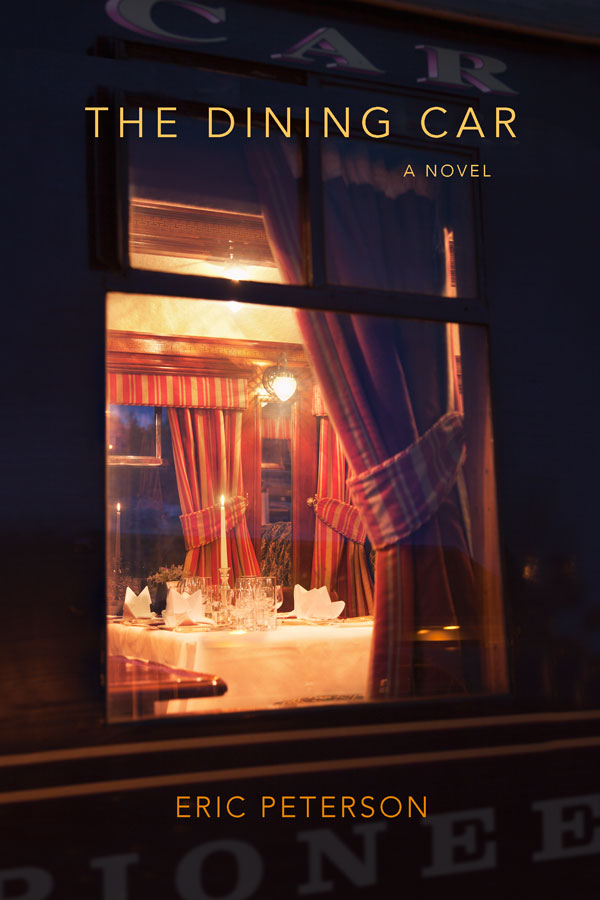 A NOVEL BY ERIC PETERSON, HUCKLEBERRY PRESS, 2016. BY PERMISSION OF THE AUTHOR.
On a long, straight stretch of causeway approaching Sacramento, California, the railroad runs parallel to Interstate 80.  For drivers on the highway that Tuesday morning in August, the old Pullman hitching a ride on the back of the California Zephyr must have seemed an oddity—an antique running at breakneck speed, hanging on for dear life, looking frilly and absurd as if some time-traveler’s experiment had gone horribly wrong. 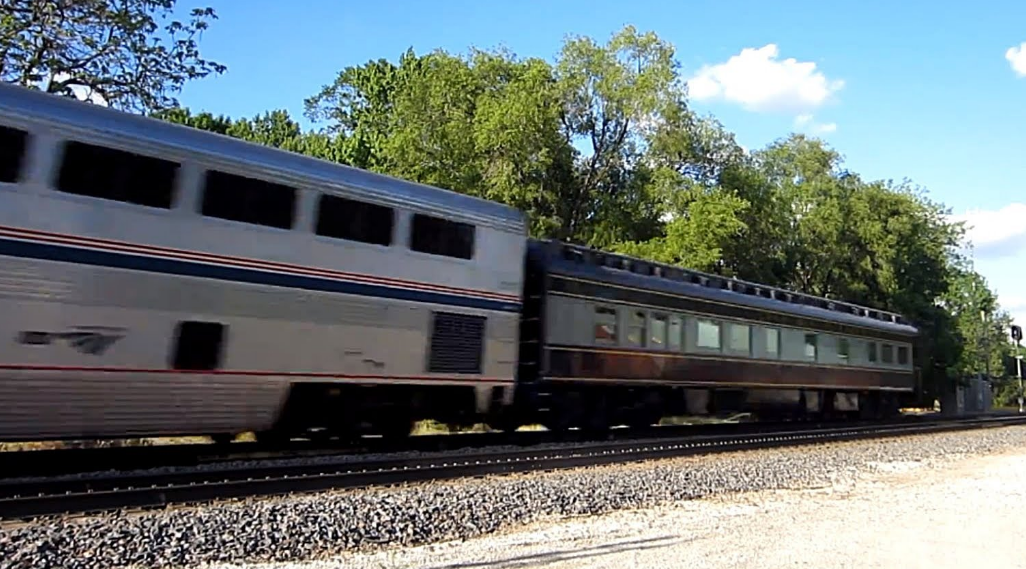 The Pioneer Mother was no more anachronistic or improbable than its demanding passenger, but tending bar aboard this vintage railcar suited me.  For once, I was free to reflect on ground covered without guilt or self-rebuke.  I relished seeing the endless thread of receding, creosote-stained track, the golden rolling foothills and heavily forested canyons east of Sacramento, the tunnels that plunged us into blackness and then yielded us, just as suddenly, into bright sunlight.  With each passing mile, I was shedding my incriminatory past as a snake sheds its skin.

In the serpentine curves of the Sierra Nevada Mountains, hugging sheer granite cliffs, the train slowed to a crawl.  Then, on Donner Pass, we cleared a long snow shed and came to a dead stop.  We sat for nearly an hour under a chairlift at the deserted Sugar Bowl Ski Resort, where high weeds and blue lupine flowers overgrew the detached chairs that were scattered haphazardly around the bottom terminal of a lift.  Frequent stops for no apparent reason, slowdowns on extended stretches of track, long-drawn-out delays on sidings while waiting for an oncoming train to pass—these things did not bother me, but they drove Wanda mad.

“Who the hell’s operating this thing?” she said.  “A stoned sloth?”

Working behind the stoves in the cramped galley, Wanda’s trains always ran on time.  She could flawlessly choreograph a four-course meal without seeming to think about it, but you wouldn’t know it by the way she trash-talked her work.

“Dog vomit,” she said, poking at the sauce béarnaise.

“Monkey piss,” she said, dipping a finger into a pot of consommé Julienne.  “Regurgitated hog maw,” she said, taking a tray of potatoes au gratin from the oven. “Flush hard, ladies and gentlemen of the Zephyr,” she said. “It’s a long way to Mother’s galley.” She held her nose, she fanned the air with kitchen towels, she sneered at the plates of food as they went out.

From the other side of the pass-through, I watched her closely. I listened for her voice. In my former world, the world of pampered, Division 1 college athletes, humility was a rare trait. If I was moderately attracted to this woman, I dismissed it as early onset of Stockholm syndrome—the hostage falling for his captor.

I threw myself into my bartending duties without regard to where we were headed or when we would get there.  My future was squarely in the hands of my eccentric employer, a quirky chef, and the crew of the train to which we were yoked.


AUTHOR BIO:
A third-generation Californian, Eric Peterson attended the University of California at San Diego. He completed his Communication degree at Stanford, majoring in journalism. During his college days in San Diego, he worked for Amtrak, where, while slinging suitcases aboard luggage cars, he witnessed more than a few impressive parties playing out on the open platforms of private railroad cars.
Peterson realized his dream of becoming a novelist in 2009, after years spent working for a venture partnership, founding a software company, and running a fine-dining restaurant. His debut novel, Life as a Sandwich, was a finalist in the San Diego Book Awards; The Dining Car is his second novel, and the fifth book from Huckleberry House, a San Diego based book publishing firm.