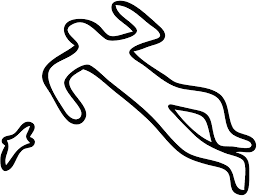 GUEST BLOG / By Maxim Jakubowski, Strand Magazine--When it comes to admitting books or authors into the pantheon of crime classics, there is seldom much controversy. Age is a great unifier and there will be few voices to contest the presence of Chandler, Hammett, Christie, and so many from older generations. However, once you’ve moved past the 1960s, the game becomes murkier: are Highsmith, James, Rendell, Connelly, Rankin, Cornwell, McBain, Westlake, Patterson, and countless others whose critical reception and sales are beyond compare to become the future classics? Are awards and adulation the right barometer? Only time will tell.

There are, though, many books and writers who have not gained such recognition, maybe in the way once-overlooked names like Cornell Woolrich, David Goodis, and Jim Thompson were ignored when they were alive and are now seen in a significantly different light.

This list of books that I sincerely believe will be seen a few generations hence as modern classics is totally idiosyncratic and personal. Many of the writers involved are not even seen as part of the traditional crime thriller canon or have been acclaimed in other areas (Mandel for her futuristic Station Eleven, Mayersberg for his screenplays), but they are “different” and striking in their scope.

I invite you to broaden your horizons.

Toby Ball/The City Trilogy: The Vaults (2010), Scorch City (2011) & Invisible (2014)
The Vaults by Toby BallIt’s an American city with no name; it could be the 1930s, but it’s not quite the world as we know it. Like a complex dystopia rewritten by James Ellroy without his staccato trademark style, a teeming universe full of corruption—crooked and racist cops, minor league actresses and jazz singers with a hole for a heart, politicians with differing agendas, political agitators, factory workers and millionaires, disillusioned characters striving for survival—unfolds over three volumes which distill the spirit of noir with unflinching violence and thrills. Ball combines ambition with a talent for the sweep of history and the struggle of individuals with aplomb. A significant achievement that appears to have been criminally overlooked by the majority of reviewers.

Marc Behm/The Eye of the Beholder (1980)
A forlorn private eye seeking his lost daughter over decades, a young woman who attracts men into her seductive web and then brutally disposes of them for no apparent reason, their minds a deep mystery but their connection deadly as it is unexpected and unexplained, when he betrays his job and employers and begins to clear up her murders while still following her. A poignant road movie that crisscrosses the American highways as both characters flee their inevitable destiny. A skewed love story and, overall, imbued by a profound sense of poetic and emotional disconnect. It’s been filmed twice, in France and by an Australian director, but neither version accurately captured the curious power of the unforgettable book (Disclaimer: I was the novel’s original UK publisher).

Jerome Charyn/Blue Eyes (1975)
The initial vBlue Eyes by Jerome Charynolume in what was to become The Isaac Quartet (later to morph into even further volumes) introduces many of its main characters: handsome cop Manfred Coen, his morally impaired but pragmatic superior Isaac Sidel (to become mayor of New York later in the series), a teeming cast of pickpockets, pornographers, Ping-Pong aficionados, and femmes fatales with a Bronx accent. Police procedural baroque at its best is the only way I can describe the uniqueness of Charyn’s ambition and success, and this novel bursts with life and the energy of sadness and forms a splendid opening for the Balzac-like scope of the series. Idiosyncratic and moving (Disclaimer: I was the series’ original UK publisher).

Stona Fitch/Give+Take (2008)
Ross Clifton is a talented jazz pianist as well as a jewel and car thief, with a deft touch seducing unworthy women who happen to be in his audience. But there is also a Robin Hood side to him as he then regularly gives the proceeds of his crimes away. When he is joined on the road by his teenage nephew and a singer, matters become tense and complicated. A quirky romance and thriller that never quite goes in the direction you expect, this is a novel that stays with you long after you’ve read it. A charming oddity of the book with subterranean appeal (and I’m not even a jazz fan…). Fitch, who created Concord Free Press, now writes Boston-set thrillers as Rory Flynn.

Robert Leininger/Killing Suki Flood (1991)
A car with a flat tire in the middle of a desert, an everyman in his fifties with a past full of regrets who stops to help the stranded but gorgeous Suki Flood, an eighteen-year-old temptress in cutoff shorts who was at the wheel, and the scene is set for a classic noir trope of an unsuspecting man being caught in the web of the femme fatale, with both thrilling and tragic results. Add a thrill a chapter, an unforgettable villain called Mink who is lumbered by a dominating mother, a touch of kung fu, water torture, and the fact that Suki the temptress needs saving time and again as the plot descends into chaos. A gem of a novel, which begs to be filmed. Sadly Leininger has never reached the same heights again and now appears to be self-publishing.

Emily St. John Mandel/Last Night in Montreal (2009)
A stunning debut by a young Canadian author. An existential thriller with deep resonance about the way people’s past influences their lives despite their best effort to subvert it. Fathers on the run, lovers on the run, a crisscrossing waltz, past and present, across North America’s desolate roads, with souls on fire and sadness prevailing. To cap it all, a heartbreaking ending that might not have been allowed had the novel not been initially issued by a small press. Mandel has since moved on to larger shores and her fourth novel, Station Eleven, reached the bestseller lists, albeit in a different genre. Her follow-up, The Singer’s Gun, is equally worthy of inclusion in this list (see my article on Mandel for Mulholland Books: http://www.mulhollandbooks.com/2010/12/07/introducing-emily-st-john-mandel/)

Paul Mayersberg/Homme Fatale (1992)
Amour fou and noir have always made for discomforting bed companions, but the tension between hapless men and the traditional femme fatale trope is a staple of the genre. Acclaimed British screenwriter and director Mayersberg (The Man Who Fell to Earth, Bad Timing, Merry Xmas Mr Lawrence) here inverted the formula to stunning effect in a gritty tale set against the moral emptiness of the Hollywood dream. Add a zest or two of murders, enough eroticism to sizzle in the desert sun, and you have one of noir’s great original diamonds. His second novel, Violent Silence, was equally powerful, although neither, surprisingly, made any impact in either the UK or the USA, and the somewhat disillusioned author returned to screenwriting and away from fiction writing. Tragic. (Disclaimer: I have republished the book as part of my digital only Mammoth list for Little, Brown UK.)

Jack O’Connell/The Skin Palace (1996)
O’Connell’s Quinsigamond series is, in my opinion, a major accomplishment, a palette of novels focused on an American city in the midst of post-industrial chaos and decay, populated by losers, druggies, survivors, errant souls, and a busy assortment of bizarres, all moving against a background of ruins, dilapidated factories and yards, and the remnants of what once was splendid. In this, the third volume in the series, the focus is on an old cinema and the ghosts that float in its orbit and see possible redemption in changing the destinies of the building, not realizing that their individual fates have long been decided on already. I could have chosen almost any of O’Connell’s titles for this list, but I love the movies as much as he does, so this one came up on top. On another day, I might have highlighted The World Made Flesh or The Resurrectionist. It’s that close a choice.

Malcolm Pryce/Aberystwyth Mon Amour (2001)
For US readers unaware of Aberystwyth, it is a small Welsh seaside resort, but in Malcolm Pryce’s delightful series, of which this was the initial installment, it’s a thing of marvel, a parallel world in which things are just that little bit different. A world where the arcades show their own quaint brand of dirty movies; Atlantis lies under the waters close to the shore; Wales went to war in Patagonia and the traumatized vets of the war roam the dark streets and the promenade; the Druids are the local mob. Louie Knight is the town’s lone private eye and falls in love with a sultry singing femme fatale, while he is lumbered by a pre-teenage sidekick who might well be a better investigator than Knight himself, and his cleaning lady harbors a world of secrets. Affectionate, hard-boiled, outrageous and idiosyncratic, truly melancholy, it will make you sad even as you smile.

Austin Wright/Tony and Susan (1993)Tony and Susan by Austin Wright
A woman receives a manuscript in the mail of a novel written by her ex-husband. The story is about a man whose wife and daughter were abducted and murdered along a stretch of Pennsylvania road, which prompts the leading character to embark on a dedicated course of revenge. The novel, which we follow in parallel to the ex-wife’s discovering it, evokes unfamiliar feelings. A novel within a novel, unexpected connections and emotions, this is very much a post-modern thriller (a difficult genre to keep on the straight and narrow with only Paul Auster, in my opinion, to have achieved the feat on a regular basis) and stands pretty much alone in the annals of our genre. For more about Tony and Susan, see my piece on neglected books for The Rap Sheet: http://therapsheet.blogspot.co.uk/2010/06/book-you-have-to-read-tony-and-susan-by.htm)

SOURCE & WHERE TO BUY:
https://www.strandmag.com/10-overlooked-modern-crime-novels/