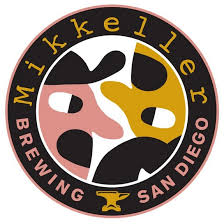 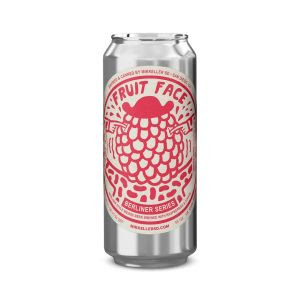 Mikkel’s brewing team spent most of 2016 getting the feel of the facility. Now that group feels ready to be more aggressive in its fermentation activities. Bjergsø has vowed his brick-and-mortar will debut one new small-batch beer on a weekly basis beginning January 12 (today) at its tasting room: 9368 Cabot Drive, San Diego.
Future “San Diego Beer Release Series” debuts will take place every Saturday starting January 21. Keeping up with such a rapid rate of innovation and execution is no easy task. Curious about this and what it’s been like for this world-famous brewer to find his feet in San Diego, West Coaster craft beer magazine and website sat down with him to learn more about Mikkeller Brewing and its gypsy owner.
West Coaster: What are some surprises you’ve encountered in San Diego?
Mikkel Borg Bjergsø: It’s been surprising how different the beer scene is in the U.S. compared to Europe. There are so many great players—especially in San Diego—and so many great beers. You really have to make an effort to stand out. I think with the new special-release series we will.

WC: What drove the decision to release a new beer every week?
MBB: Brewing a lot of different beers and beer-styles is in our DNA, and it was only a matter of time before we set out to launch a similar release schedule in San Diego. At this point we have an amazing crew in place, the brewing equipment is all dialed in, and our management setup is so in tune with our vision that we are confident now is the time. Most people will associate us with a hectic output of beers in all styles, shapes and formats, which is exactly what they should expect. That, and the totally unexpected, of course. Having your own brewery opens up a world of possibilities that are not usually doable when working in someone else’s brewery, whether it’s contract brewing or on a collaboration basis.

WC: What is your day-to-day involvement like regarding brewing at Mikkeller SD?
MBB: We’ve had to adjust to both the physical distance and time difference, but I am fortunate in the sense that I have to rely on the very capable hands of our head brewer Bill Batten and his team of skilled assistant brewers. It’s still my recipes and vision, which we will discuss through our daily email chains and our weekly conference-call.

WC: What other interesting or exciting developments are on the horizon for Mikkeller San Diego?
MBB: There are a lot of super-exciting things under development, but the sour and barrel-aged beer programs are two projects we are putting a lot of effort into. We have such a creative team over there, and it seems that no matter how crazy the idea and/or recipe I throw at them, they enthusiastically turn those into great beer. We are also working on new collaborations with other breweries, and non-brewers as well.

WC: You’ve spent more time than ever in San Diego. What are some of your favorite local breweries?
MBB: I hate to name favorite breweries as it pushes the rest to the side. In the San Diego area there are obviously a ton of amazing brewers, from the old guys like Stone Brewing, Green Flash Brewing Co. and Ballast Point Brewing, to the young guns like Abnormal Beer Co., Toolbox Brewing Co., Modern Times Beer Co. and many others. I still have a big heart for our friends at AleSmith, so if I have to name one it is AleSmith.