Chance to see in exhibition selected works of one of America’s premier (and living) mid-century artists ends May 13, reports The Broad, a contemporary art museum on Grand Avenue in Downtown Los Angeles. The museum is named for philanthropist Eli Broad, who financed the $140 million building which houses the Broad art collections.
Jasper Johns: ‘Something Resembling Truth’, a collaboration with the Royal Academy in London, features more than 120 of Jasper Johns’ most iconic and significant paintings, sculptures, prints and drawings, many never before exhibited in Los Angeles.
The Broad's presentation marks the first comprehensive survey of Jasper Johns in Southern California in more than 50 years. 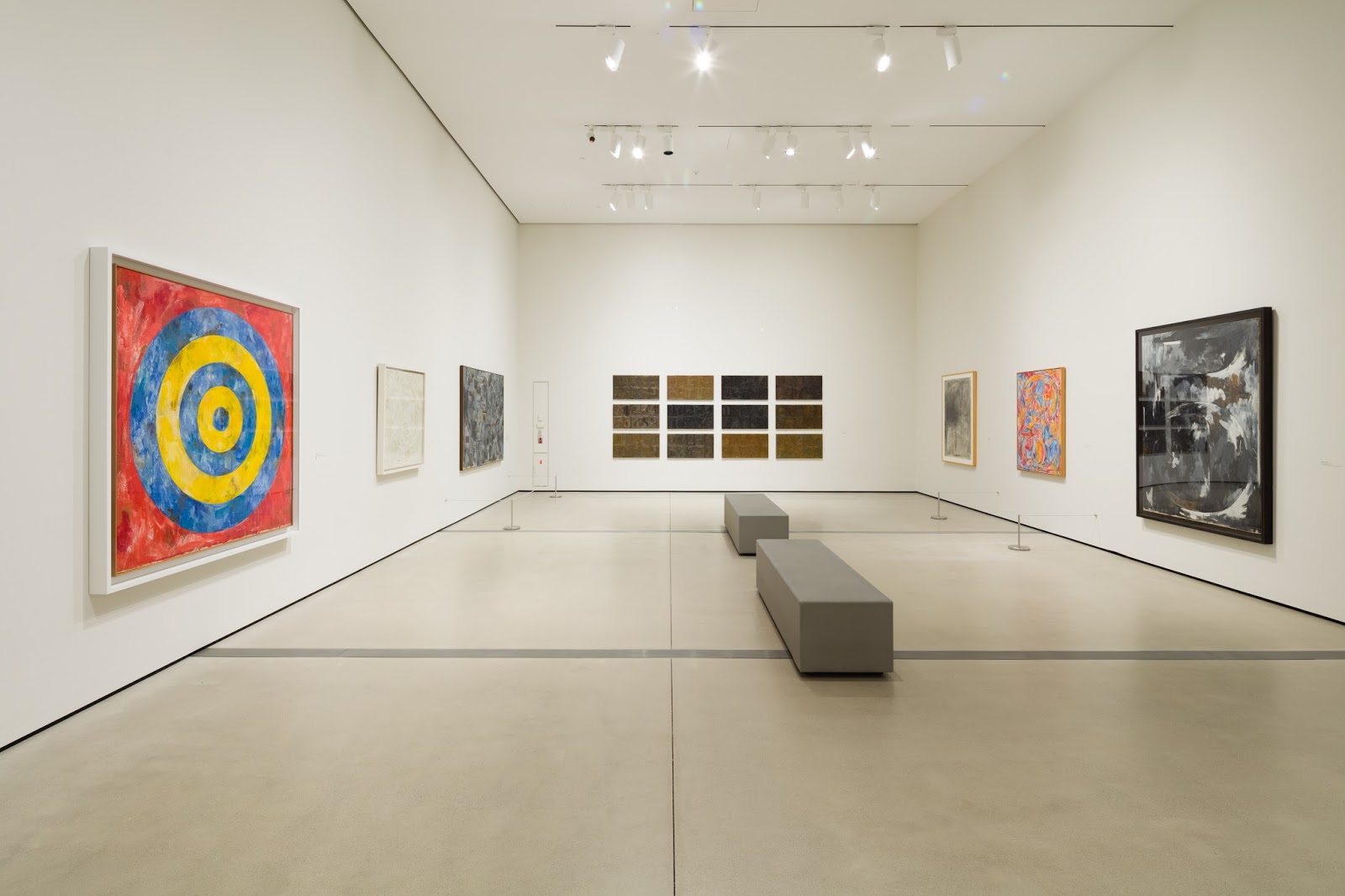 With rare loans from more than 50 public and private international public and private collections, including significant works from the Broad collection, the exhibition traces the evolution of the artist’s six-decade career through a series of thematic chapters.
The exhibition (in collaboration with the Royal Academy in London) encompasses the full range of Johns’ materials, motifs and techniques—including his unique use of encaustic (heated beeswax) and found-material collage in paintings—and the innovations he has achieved in sculpture and the graphic arts by expanding the possibilities of traditional media.
Johns’ use of accessible images will be thoroughly examined, seen continually transformed through the artist’s engagement with a wide range of human experiences. In a departure from a retrospective approach, Johns’ artistic achievements are illuminated through the juxtaposition of early and late works throughout the exhibition. 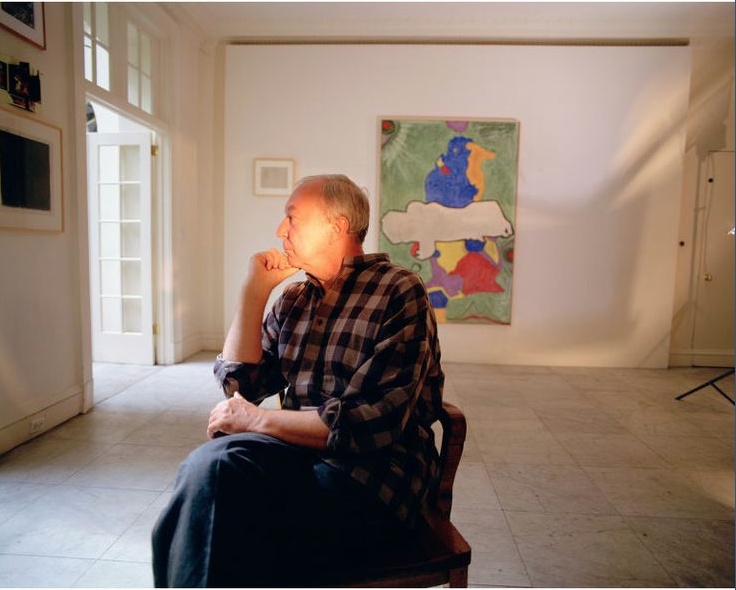 Jasper Johns is now 88 years old.  He was born in Augusta, Georgia in 1930 and raised in South Carolina. He moved to New York in 1948 and returned in 1953 after two years of service in the U.S. Army. Johns’ works became widely known after his first solo exhibition at the Leo Castelli Gallery in 1958. Over the course of his career, he has collaborated with an array of other artists, including visual artists Andy Warhol and Robert Rauschenberg, playwright Samuel Beckett and choreographer Merce Cunningham, serving as artistic advisor to the Merce Cunningham Dance Company for over a decade. The artist currently lives and works in Sharon, Conn.
Johns has held solo exhibitions throughout the world at institutions including the Museum of Modern Art and the Metropolitan Museum of Art, New York; the National Gallery of Art, Washington, D.C.; the Centre Pompidou, Paris; the Kunstmuseum Basel; and the San Francisco Museum of Modern Art. Johns won the Grand Prize for Painting at the Venice Biennale in 1988, and was awarded the Presidential Medal of Freedom in 2011.
Admission is free..BUT
You must reserve tickets to all Broad exhibits.  Click here. https://thebroad.org/visit and or https://ticketing.thebroad.org/