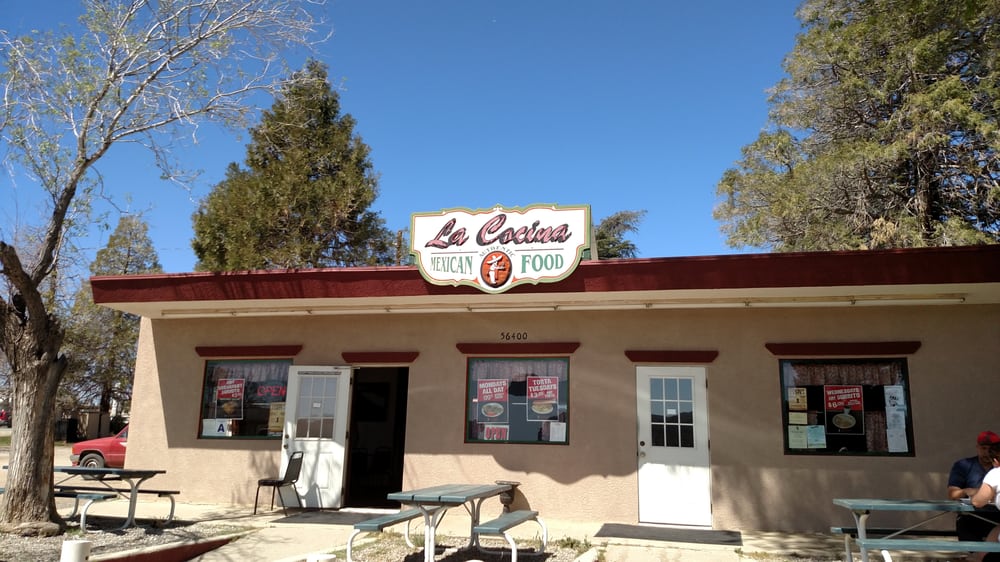 By Tom Shess, Editor, PillartoPost.org--La Cocina is a take-out Mexican food restaurant located in rural Riverside County along State Highway 371 in the census tract known as Anza California (population 3,100).  The small dining room accommodates travelers and locals but it’s not much to look at.  The food, however, is terrific.

The large menu and quality of the kitchen is a pleasant oasis for tourists, who most likely are coming in over the rugged mountains from the Palm Springs/Palm Desert communities toward San Diego to the south or Temecula, a small town on the Riverside County border.


We ordered rolled tacos, which were served with guacamole sauce, rice, and refried beans.   Standard fare for Southern California style Mexican food eateries.  Not so standard was the menudo soup with freshly baked flour tortillas.  Being an aficionado, I was a bit disappointed that our serving of menudo was a bit thin on what anchors this soup: tripe chunks and hominy, but for a large bowl at under $4 we were happy just to find a place that offered menudo.

The elderly diners at the table next to us ordered a classic Southern California staple: carne asada burritos.  They were heading east toward Indio (just south of Palm Desert) while we were en route to San Diego.  The CalTrans highway workers nearby were happy with ala carte tacos, burritos, and Mexican sodas.

In the short time we spent in Anza, we learned the big noise in town is the Indian reservation casino just west of town.  Southern California is rife with casinos on Indian nation land.  The one near Anza is more modest in its appearance, but there is no mistaking its purpose as we zipped by its full parking lot on Highway 371.  (We now know where most of Anza’s population had to be).

Heading West in the early afternoon, we were now in search of an espresso.