GUEST BLOG / By Roberta Widner—As a native New Mexican living in the Mesilla Valley (near Las Cruces], my paintings most often reflect the Southwest and its people.  Travels to high mountain country of the Tarahumara Indians and the Mayan lowlands of Chiapas have also been sources to create from.

Studies have been at New Mexico State University, Carrizo Art Schools, the Fechin Institute and with many fine instructors.

Paintings are in collections in the United States, Canada, Ecuador and the former Yugoslavia. 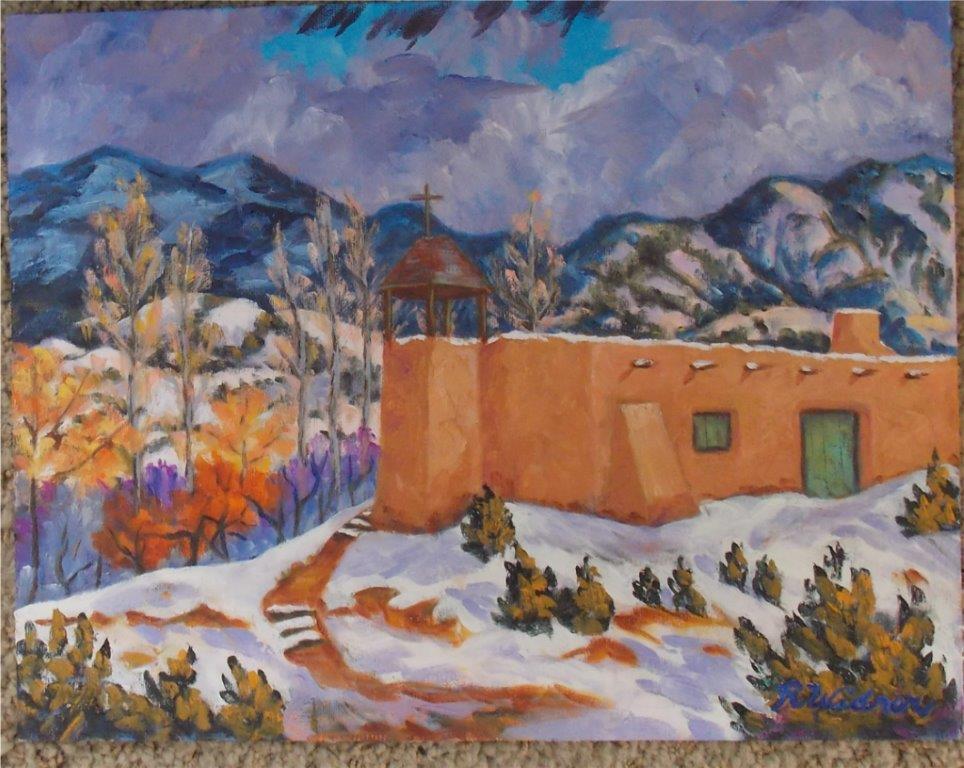 Morada:
This is a northern New Mexico penitate morada composite painting.  I have painted several versions of this church that is located at Las Golondrinas near Santa Fe. 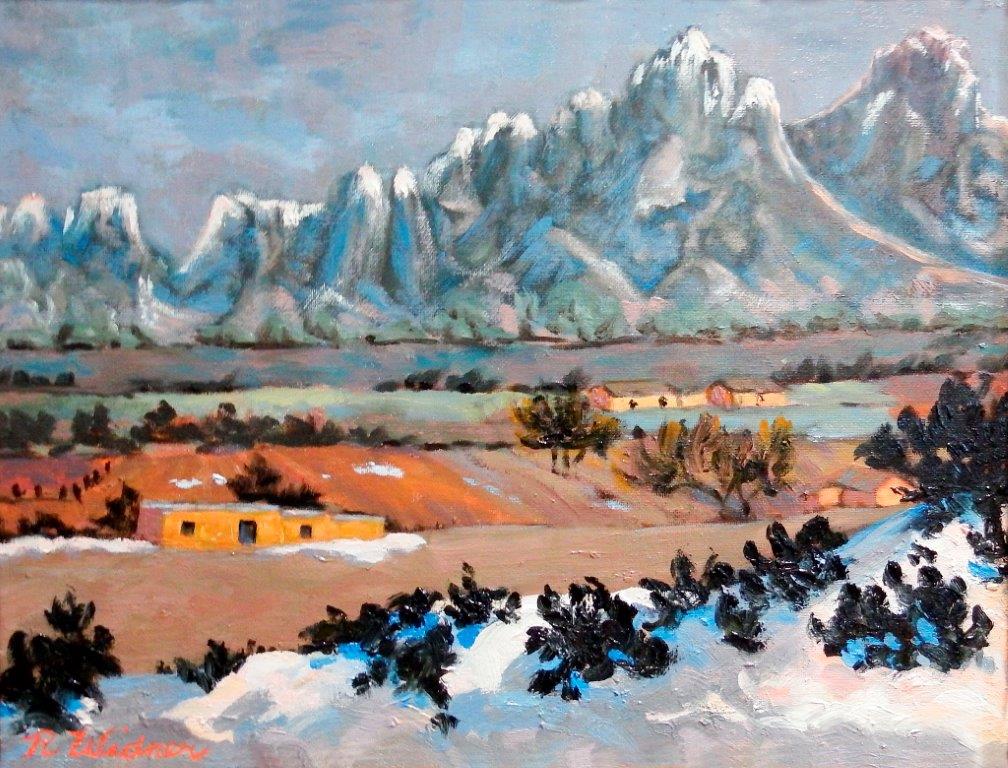 Gone by Noon:
A heavy snowfall is unusual in the Mesilla Valley, however, it is usually “gone by noon” the next day. 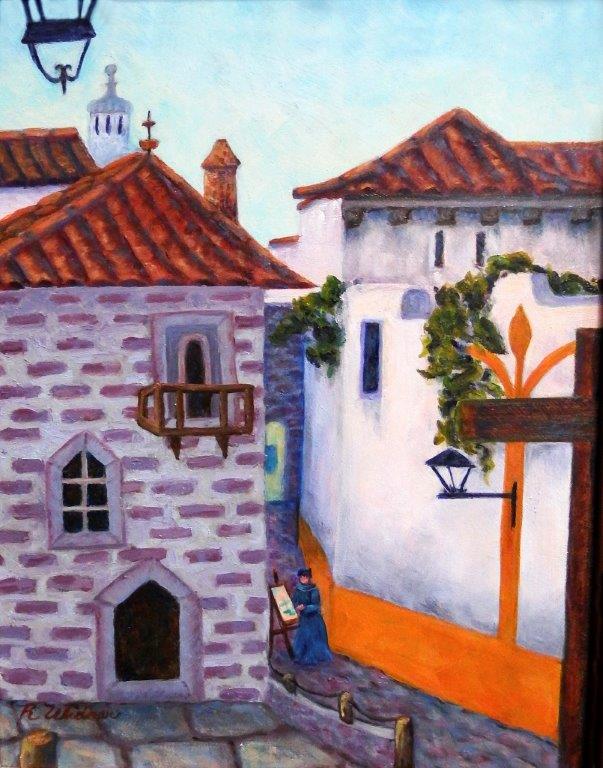 The Priest at Obidos:
While walking up the hill to the castle at Obidos, Portugal, I happened to see a tall Jesuit priest painting at an easel in the street below. 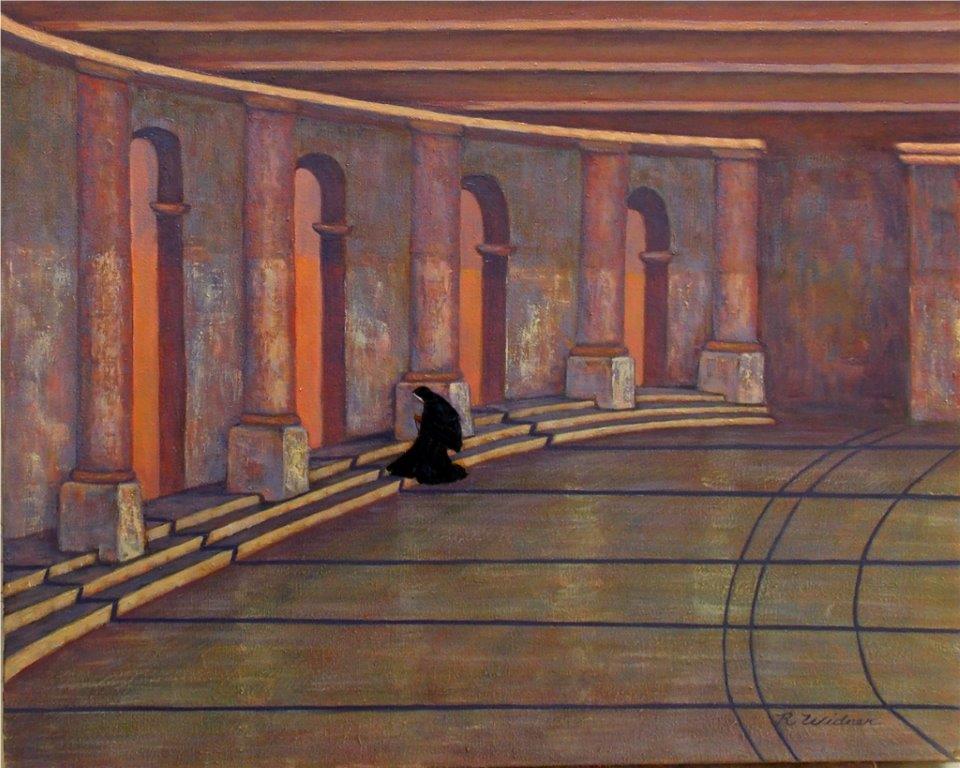 Fatima:
In spite of the large numbers of people at Fatima, there was this moment when this solitary nun was kneeling on the steps to pray.  It was such a simple and beautiful late afternoon sight. 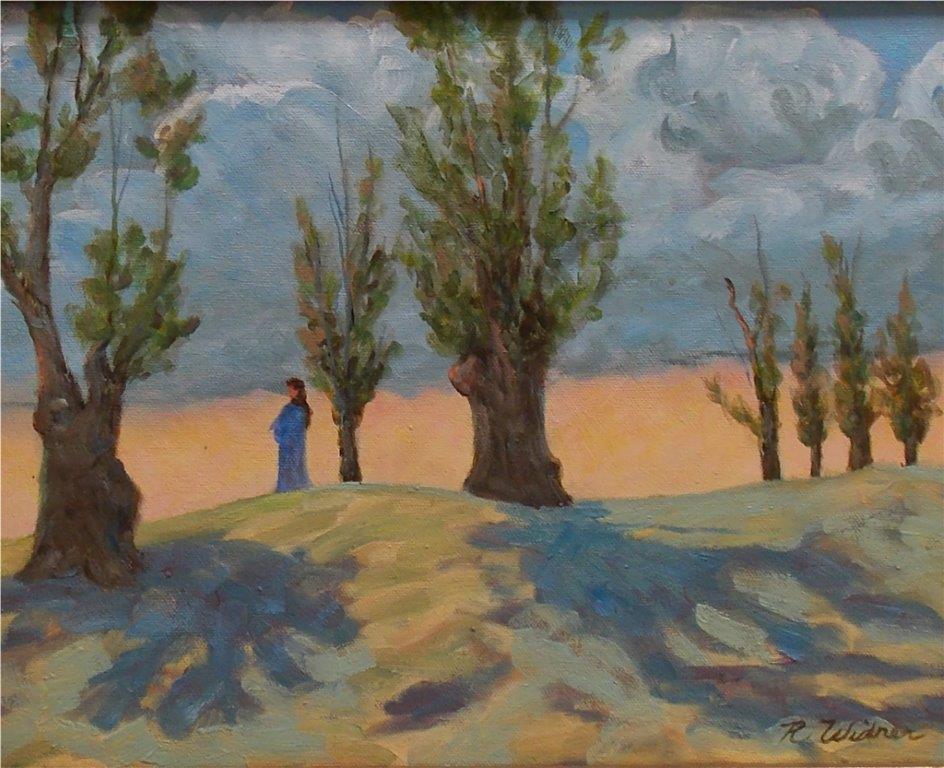 Catching the Sun:
This is from the Cain family reunion at the Bar Cross Ranch south of Engle, New Mexico.  It was a hot summer day and the kids decided to go swimming in the dirt tank west of the house.  As we walked up, Sterling McKinley climbed out of the cold water to warm up on the bank.  She was silhouetted by the late afternoon light. 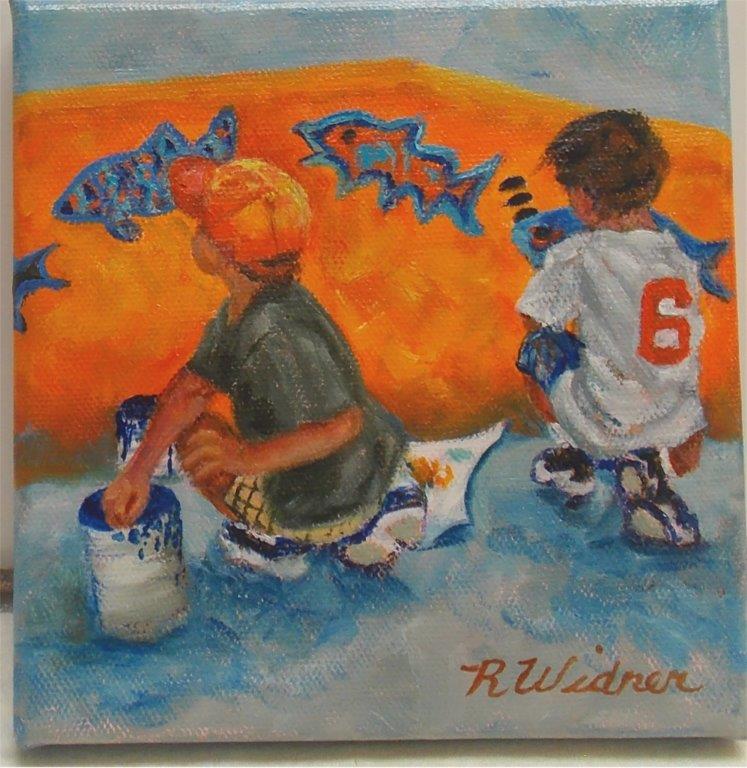