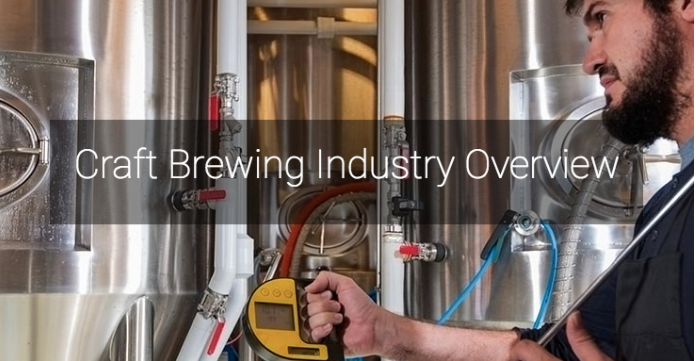 Note: Classes discussed below began Wednesday.  UCSD Extension may or may not accept later enrollees. Check the info numbers below.  The school said similar classes will be held in the Spring 2019.

GUEST BLOG / By Ryan Lamb, Editor, West Coaster monthly print magazine and daily website--Now in its fifth year, the University of California/San Diego Extension Brewing Certificate program has made its elective courses — with the exception of the Brewing Internship — available to the public.

The headliner is the Craft Brewing Industry Overview, held over the course of six Wednesday evenings starting on October 3.

Elective courses open for public enrollment are as follows:

“These courses are great opportunities for people who are new hires at a brewery, or even for members of the public who are curious about the industry,” said Teresa Grosch, a program manager at UCSD Extension and facilitator of the brewing certificate program.

“My personal mission statement, as it relates to the philosophy of these talks, is divining the near future of craft beer as best we can,” Kaplan stated. “We’ll be trying to understand both craft beer’s present and past, looking at this primarily from a San Diego perspective, and seeing if we can agree on any applicable patterns that have emerged and/or are emerging that may or may not inform the future.”

More specifically, Kaplan plans to discuss the shifting nature of craft beer (tastes/laws/actions by macro brewers/actions by other sections of the alcohol and overall beverage industries), capital (how to get it/determining what you’re willing to give up for it), what keeps brewers up at night, why San Diego has become such a capital of craft, contract/tenant brewing, labor costs, hops and hop contracts, the export markets, San Diego’s influence around the world, the growth of Baja breweries, gluten-free issues, and much more.

Kaplan interviewed a number of San Diego brewers, as well as some ex-SD brewers now working elsewhere, specifically for these lectures.

“I wanted to attempt to determine what is currently working for them (and what’s not), the current challenges that they face, both with production, distribution, and in raising financing, and their plans for the future and how best to get there,” he said. “This information was given on the condition that it would only be shared in these specific classes, and will not be published in any other format.”

Kaplan also plans to make himself available to students after the course has concluded.

“Craft brewing is like life: shit most likely will happen that you haven’t planned for,” said Kaplan, whose name was thrown in the hat to help with this course by Yuseff Cherney, of Ballast Point fame, who’s been lead instructor of the brewing extension program since 2013.

Craft Brewing Industry Overview will also be available in the spring.