When adding new locations, brewing companies often look to install facilities in neighborhoods a fair distance from their headquarters to expand their customer bases and make their mark in lesser-served communities. This is not so in the case of Novo Brazil Brewing. The three-year-old company just announced it’s opening a second location, and it’s a mere two miles from its Eastlake home base in neighboring Otay Ranch. Owner Eduardo Pentagna and his team had been in search of a second location for a while, and are enthused to have secured a high-profile, multi-faceted space within Otay Ranch Town Center.

Coming in at 12,000 square feet, that spot will house a full-service brewpub seating approximately 300. In addition to general seating and an indoor-outdoor beer garden facing the mall’s main avenue, the combination brewery and restaurant will also offer event space for corporate and private events. The space was formerly home to retailer Anthropologie. 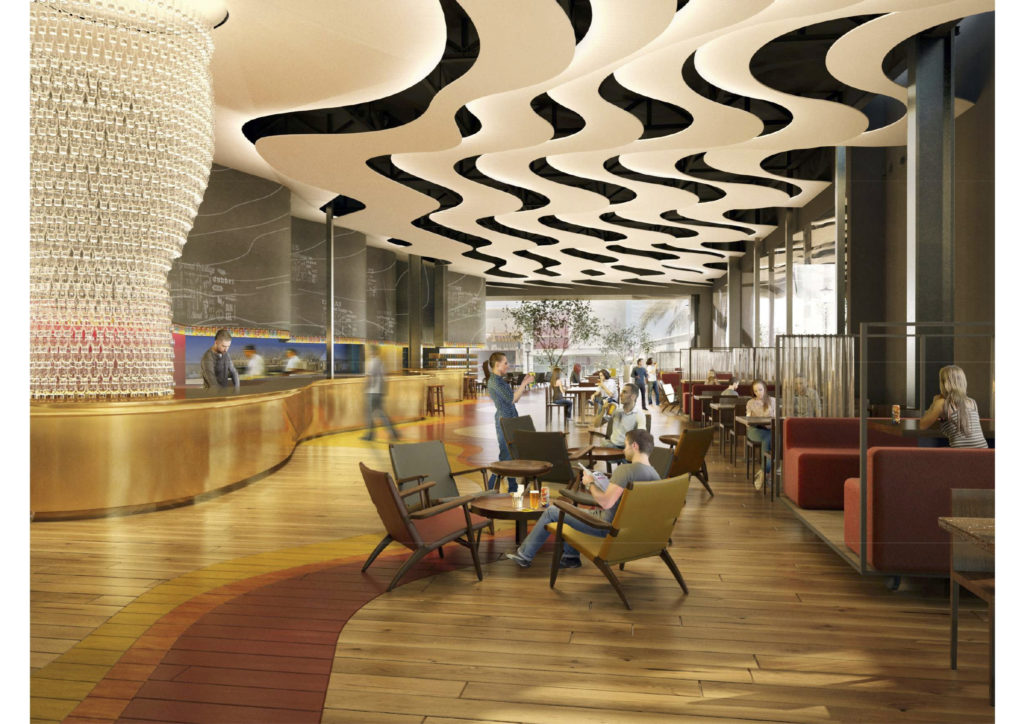 “We wanted to be able to host our neighbors here in Eastlake with an authentic Brazilian dining experience, great beers, live entertainment, and bold, welcoming architecture reminiscent of Brazil’s most famous landmarks, all while being family- and dog-friendly,” says Pentagna. “My family and I live here, and I knew there was a huge opportunity to build a space at Otay Ranch Town Center to fill a gap in the market.”

A food menu has yet to be developed, but beverage options will include wine, cocktails, and beers from Novo Brazil, as well as guest breweries. Some of the former will be produced via an on-site, 10-barrel brewhouse. Earlier this year, the Brewers Association, a trade organization representing American craft breweries, listed Novo Brazil as the eighth-fastest growing brewing company in the country. The company’s predicted 2018 production total is 6,000 barrels. Its Eastlake facility has a maximum capacity of 20,000 barrels per year, and the new brewpub will allow for an additional 3,000 barrels annually.