THE BREWSPAPER / POT COMING TO A LIQUOR STORE NEAR YOU 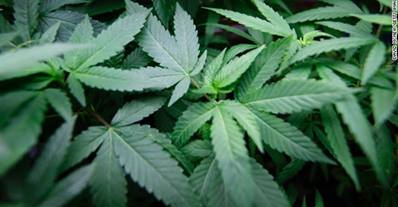 WEED REGULATIONS GO UP IN SMOKE

Voice of San Diego recently reviewed state, county and city records and found that at least 20 businessmen with ties to the Neighborhood Market Association, an influential trade group for corner stores, are also connected to the unlicensed and licensed marijuana industries. Three of San Diego’s regulated dispensaries are either managed by, or sit on property owned by, people who have ties to the convenience and liquor store trade.

For years, professionals from a variety of backgrounds have been elbowing one another for room in the new commercial space.

But the presence of the region’s convenience and liquor store interests in the marijuana world comes despite a an effort to keep them apart. Proposition 64, which legalized marijuana for adult use in 2016, prevented liquor license holders from also obtaining a marijuana license — but the California Legislature ultimately dropped that prohibition.

In March, the Chula Vista City Council laid down rules for potential marijuana businesses that gives alcohol store owners, among others, an advantage in the process. Applicants need to demonstrate one of several minimum requirements — including three years running an alcohol store.

The overlap between the two industries isn’t necessarily surprising: Both are heavily regulated by the state and deal in controlled substances. Both require a lot of cash and connections. NMA members happen to check off a lot of those boxes.

In fact, the connections between alcohol and marijuana in California go all the way to the top. The head of the state Bureau of Cannabis Control spent more than 20 years as an alcohol regulator.

SOURCE:
Voice of San Diego is an award winning nonprofit news organization based in San Diego, who shares its content with responsible blogs.

To donate to Voice of San Diego click here.