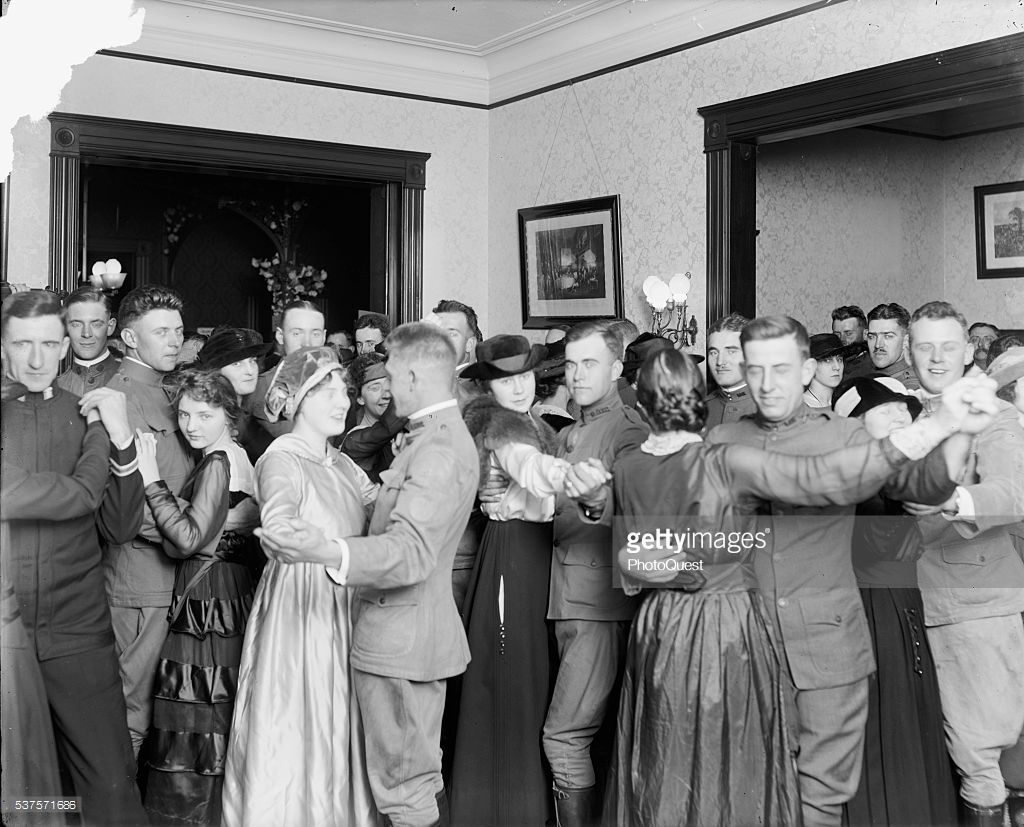 Inside in the Fine Arts Institute on the sixth floor of the Y.W.C.A. Building, 1020 McGee Street, a merry crowd of soldiers from Camp Funston and Fort Leavenworth fox trotted and one-stepped with girls from the Fine Arts School while a sober faced young man pounded out the latest jazz music as he watched the moving figures. In a corner a private in the signal corps was discussing Whistler with a black haired girl who heartily agreed with him. The private had been a member of the art colony at Chicago before the war was declared.

Three men from Funston were wandering arm in arm along the wall looking at the exhibition of paintings by Kansas City artists. The piano player stopped. The dancers clapped and cheered and he swung into "The Long, Long Trail Awinding". An infantry corporal, dancing with a swift moving girl in a red dress, bent his head close to hers and confided something about a girl in Chautauqua, Kas. In the corridor a group of girls surrounded a tow-headed young artilleryman and applauded his imitation of his pal Bill challenging the colonel, who had forgotten the password. The music stopped again and the solemn pianist rose from his stool and walked out into the hall for a drink.

A crowd of men rushed up to the girl in the red dress to plead for the next dance. Outside the woman walked along the wet lamp-lit sidewalk.

It was the first dance for soldiers to be given under the auspices of the War Camp Community Service. Forty girls of the art school, chaperoned by Miss Winifred Sexton, secretary of the school and Mrs. J. F. Binnie were the hostesses. The idea was formulated by J. P. Robertson of the War Camp Community Service, and announcements were sent to the commandants at Camp Funston and Fort Leavenworth inviting all soldiers on leave. Posters made by the girl students were put up at Leavenworth on the interurban trains.

The first dance will be followed by others at various clubs and schools throughout the city according to Mr. Robertson.